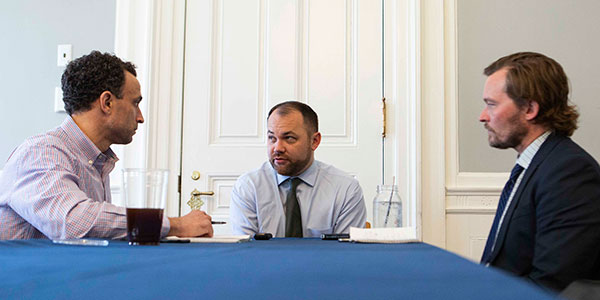 City Council Speaker Corey Johnson joined Max & Murphy for an extended, wide-ranging onversation about his leadership of the City Council, his relationship with Mayor Bill de Blasio, city budget negotiations, housing and transit policy, and much more. The converstion also included a discussion of the speaker's exploration of a run for mayor in the 2021 election and his initial pitch of his vision, the issues that matter most to him and what the election may be all about.