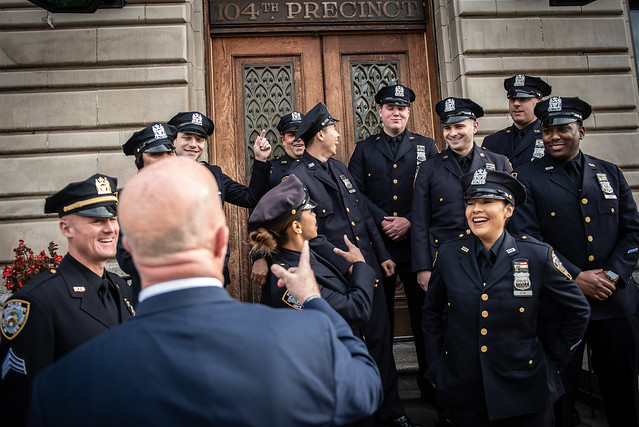 The New York City Council’s effort to reduce the criminalization of low-level, non-violent offenses through legislation passed in 2016 has continued to further achieve its aims for the third year in a row, as the NYPD makes fewer arrests and hands out fewer criminal summonses, opting instead for civil fines. But there remain concerns about racial disparities in law enforcement, as an overwhelming number of citations are handed out to black and Latino New Yorkers.

In 2016, the Council under former Speaker Melissa Mark-Viverito passed the Criminal Justice Reform Act, creating civil penalties for low-level offenses that include public urination, open container of alcohol, breaking park rules, littering, and excessive noise. The legislation, signed by Mayor Bill de Blasio after some negotiation by the administration, allowed police officers to instead of issuing criminal summonses give civil fines, which involve a citation and court date but do not lead to jail.

Instead of involvement with the criminal justice system, many thousands of New Yorkers -- often poor, young, black, and/or Latino -- would instead be sent to a civil process through the Office of Administrative Trials and Hearings, preventing the detrimental effects of even one short trip to jail, the stain of a criminal violation on their permanent records, or arrest warrants in case of absences from court. The Council also worked with district attorneys to clear 644,000 outstanding warrants for those low-level offenses.

After the first report from the NYPD on the implementation of the CJRA, the Council touted a 90% drop in criminal summonses, and the numbers have continued to fall. In 2018, the department issued 89,908 criminal summonses, down from 424,883 in 2013. Through June 30 of this year, there were 44,382 criminal summonses issued, a pace just below last year’s.

Even as the city has moved from criminal to civil penalties, civil summonses have also been dropping overall. The NYPD issued only 14,908 civil summonses in the first half of 2019, down from 26,782 in the same period last year.

“The City Council is very proud that the Criminal Justice Reform Act has resulted in significant reductions in the number of criminal summonses given out in New York City for minor offenses that are better dealt with in civil court,” said City Council Speaker Corey Johnson in a statement. “These summonses don’t belong in criminal court because we’ve seen that they have no impact on crime rates. Unfortunately, there are significant racial disparities with respect to who gets a criminal summons in lieu of a civil summons, resulting in continued concern regarding consistent enforcement. Clearly, we need to address these racial disparities.”

As Johnson noted, enforcement remains uneven. Excluding businesses, 13,702 criminal summonses in the second quarter of 2019 were given to individuals, of whom 1,236 were white; 91% of criminal summonses were given to people of color. For comparison, out of 8,690 civil summonses given out in that same period, 15.3% were issued to whites; nearly 32% to black New Yorkers; 39.2% to Hispanics; and 7.6% to Asians and Pacific Islanders.

Officers continue to use an exception that allows them to give out a criminal summons instead of a civil fine, vaguely citing “law enforcement reason” as a criteria. That criteria -- which an NYPD spokesperson declined to define for Gotham Gazette -- was used in 1,769 of the 22,328 criminal summonses in the second quarter of 2019, about 8% of the time, and up from 672 times in the third quarter of 2017.

There are other exceptions that allow for arrests as well, including having an open warrant or two felony arrests in the previous two years, for having ignored three or more civil summons in the previous eight years, or if an individual is on parole or probation.

An NYPD spokesperson did not address the increase in the use of the catch-all exception or the racial disparities in enforcement, but instead touted the department’s overall success in reducing crime and enforcement. Sergeant Jessica McRorie, a spokesperson for the Deputy Commissioner of Public Information, cited a five-year record that shows street-stops down more than 90%, arrests down by 37.3%, summonses down nearly 79%, and marijuana misdemeanor violation arrests down by 71%, while major felony crime fell by 14.2%.

“The NYPD has shown that we can drive crime down significantly with a far less-intrusive enforcement approach,” McRorie said in a statement. “By building stronger relationships with the community through Neighborhood Policing and a singular focus on violent crimes and those who commit them through precision policing, we have continued to drive crime down to record lows.”

Advocates have for years pointed to racial disparities in policing, particularly when it comes to the low-level offenses that are targeted by the so-called broken windows policing method preferred by Mayor de Blasio and his two most-recent predecessors, which focuses on low-level crime and disorder in the theory that it helps prevent more serious crime.

“In most of these categories, there should be no police involved,” said Bob Gangi, a veteran advocate who ran a longshot mayoral campaign in 2017 on a platform of police accountability and reform. His organization, the Police Reform Organizing Project (PROP), regularly releases court monitoring reports that show how New Yorkers of color are overwhelmingly caught up in the criminal justice system for offenses that white New Yorkers are rarely punished for.

“Someone carrying an open alcohol container, who is not drinking, who is not disruptive, who is not in any way causing a threat to public safety or public civility, that shouldn’t be a matter for the police,” Gangi said in a phone interview. “And it’s similar with virtually all the other offenses.”

The police’s involvement in enforcement of these acts, he said, “in effect begins the process of criminalizing people for what are essentially innocuous activities” and the numbers show a “stark racial bias” in that enforcement. He pointed to one major problem with the CJRA itself that leads to this imbalance: that officers continue to have discretion in choosing a civil fine over a criminal summons. “So we have not eliminated the fundamental problem, which is racist policing,” he said. “We've tweaked it, we've modified it to a certain extent, but we have not eliminated it.”

There are other takeaways from the Office of Administrative Trials and Hearings report on the Criminal Justice Reform Act’s implementation. Nearly 20% of the total civil summonses were dismissed for being defective, which often means the ticket was improperly filled out by an officer, missing the date or time of the offense, for example. And a small percentage of people, just under 13%, opted to perform community service instead of paying a fine based on a civil summons.

Council Member Donovan Richards, chair of the Council’s public safety committee, called the latest data a “mixed bag” of results. “Certainly it shows that the department is continuing to recognize that incarceration is not the answer in all cases to reduce crime,” he said. “We still see crime rates going down at historic levels.”

He continued, “It shows the fact that there are those who will cry that when reforms take place, that the world is going to come to an end, but it's not, right?” As he alluded, when the CJRA was first introduced, it was met with opposition from the NYPD, and even Mayor Bill de Blasio, and it took months of cajoling and compromise to get them to agree to passable legislation. In part, then-Commissioner Bill Bratton insisted that the City Council leave the criminal penalties on the books, adding corresponding civil penalties as a preferred alternative, but not removing the possibility of arrest or criminal summons.

“In terms of correcting the [racial] disparities, there's a lot more work that needs to be done,” Richards added. “Certainly...this is a step in the right direction. But the only way to ensure we are building trust with communities and the police department is to ensure that we recognize that these disparities still exist.” Though he commended Police Commissioner James O’Neill for the department’s community outreach efforts, he called for more diversity within the department and its leadership.

“This city still has a long way to go when it comes to addressing racial division,” he said. “The new Jim Crow is incarceration and I think it's incumbent upon the police commissioner and the mayor to really sit in a room and get serious about this stuff.”