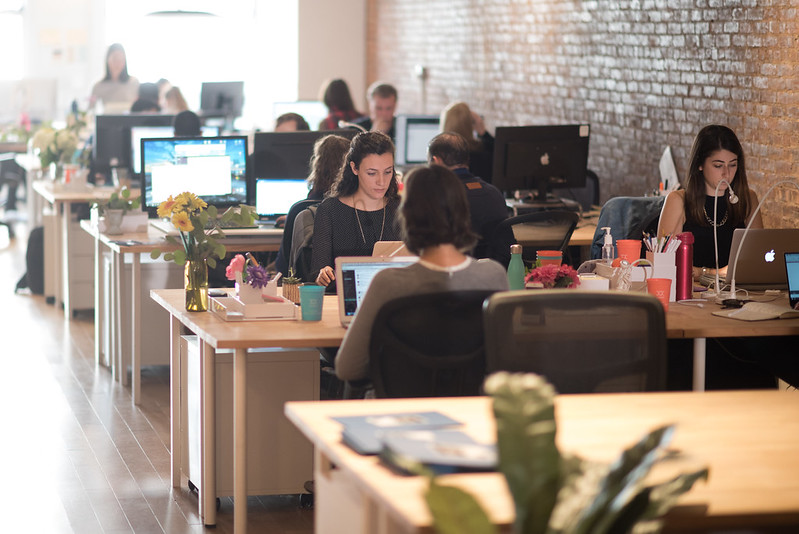 New York City government spends roughly $20 billion per year on goods and services through contracts with non-governmental vendors, including thousands of opportunities for companies of all types and sizes to work with the city. But the contracting process has long been arduous for vendors to navigate and difficult for watchdogs to closely monitor. Officials say that is now changing as a multi-step effort has unfolded over the past few years to modernize the technical infrastructure and databases that support city contracting.

And on Wednesday, the Mayor’s Office of Contract Services (MOCS) in partnership with City Council Member Ben Kallos announced the launch of updated in-person and online terminals where key information about city contracts and vendors is now accessible. The announcement is part of an ongoing effort that began in 2016 to implement a new electronic system -- the Procurement and Sourcing Solutions Portal, or PASSPort -- that will serve as a one-stop-shop for agencies, vendors, oversight entities, and the public involved or interested in government procurement.

The latest update corrects some of the growing pains that emerged while moving to the more modern, “end-to-end” platform intended to expand accessibility and transparency to city contracting and streamline the process for vendors and agency staff.

“Whether it’s vendors who are competing with one another, reporters, or just members of the public who want to know where their tax dollars are going, it’s important that folks can find it,” Kallos said about the newly accessible databases.

At a ribbon-cutting ceremony at MOCS headquarters in Lower Manhattan, Kallos, an Upper East Side Democrat who chairs the City Council’s Committee on Contracts, and MOCS Director and Chief Contracting Officer Dan Symon reported that a rebooted “public inspection terminal” had both now been synchronized with the new wrap-around system, PASSPort. Accompanying the new in-person terminal, which they hope current and potential contractors will use, is a new online portal, which is also now using most of the same data sets. Those data sets now include information on vendors, their principals, and affiliated entities.

“PASSPort will be a complete, end-to-end online procurement platform that the city and vendors and other stakeholders and oversights will use together to do their work. That never existed before. This is one output of that huge effort,” Symon said, referring to the PASSPort overhaul.

MOCS is the city agency responsible for facilitating and providing one degree of oversight of the city’s procurement of goods and services. It coordinates among city agencies, potential vendors, and other oversight bodies, like the city comptroller’s office, to make the process efficient and compliant with procurement rules.

As part of the transition to PASSPort, MOCS had previously digitized the vendor disclosure process, making it possible for vendors to update their information online and significantly cutting the time it takes to update the database. It is the type of digital efficiency that is seen as essential for many firms doing business with the city, especially smaller ones and those operating at slimmer margins that may not be able to hire sufficient compliance staff.

The second phase allowed city agencies to shop and purchase contracts online. When fully implemented vendors will be able to submit bids and proposals online, agencies will be able to evaluate vendors and make awards, and vendors will be able to track the entire process. Phase three is planned to begin this spring and Symon expects the entire system to be in place by this time next year. The project has been criticized for cost overruns: what had been a $30.5 million contract with French firm Ivalua in 2016, ballooned to roughly $47 million in 2018. Symon has said the additional spending came after MOCS decided to expand the scope of the project due to demand and early successes.

The “public inspection terminal” is a computer database used for in-person access to MOCS contract and vendor information, which is available for any member of the public to use without special authorization. It is located on the 9th Floor of 253 Broadway (a photo ID may be required to enter the building, which houses a number of city government offices). Upon arrival, members of the public must sign-in and be logged into the database by MOCS staff. Information found on the portal can be emailed or printed onsite free of charge.

The in-person terminal has been in use since the late 1980s, and for most of the last 30 years has operated a system called VENDEX, which offered computerized data-tracking but lacked the integrated features of a one-stop shop for government procurement. When Kallos became chair of the Council contracts committee last year, he said his office found that in a number of areas the terminal was using legacy data from VENDEX rather than the more complete and up-to-date information contained in PASSPort. The same was true for the online portal, which was established under a 2017 law sponsored by Council Member Brad Lander and launched as part of the second phase of the PASSPort rollout, which formally began in April 2019.

“Almost everything now is going to be in PASSPort,” Kallos said. “So we found a little bit of a conflict. What previously might have happened is that you would have read it in the newspaper but we have a really great working relationship...so we’ve been working with [MOCS] trying to get this done.”

Now available through PASSPort are a broad range of reporting from basic identifying information about vendors and their principals to performance evaluations on vendors that do business with the city. Of particular interest to reporters and ethics watchdogs, according to Kallos, is the Current Related Entities Report, which shows entities that control or are affiliated with a vendor, an important tool for tracking potential conflicts of interest.

Moving the system online has “made doing business with the city a lot easier,” said Jennifer Geiling, MOCS’ press secretary.

Previously, a vendor would have to fill out a paper questionnaire and deliver it to the MOCS offices where a staff member would have to key their information into the database. “Here we made the terminal for vendors to interact with completely online, they are submitting their disclosures online in their own locations, so it’s an online platform,” Symon explained.

“It used to take somewhere around 30 days median time for an average size organization to go through the VENDEX process, but today it takes less than a day, because it’s now gone online, it’s digital, it’s available at all times for vendors to update,” noted Geiling.

Kallos and Symon believe moving to a more modern system will have a big impact on vendors competing for city contracts, especially smaller businesses that may have fewer resources to facilitate navigating the procurement process.

“The people who do business are keenly aware because they have something at stake. We have 18,000 vendors who are going to be taking advantage of this. Those 18,000 vendors have tens if not hundreds of thousands, or millions of employees, altogether. So I think they will be paying attention,” said Kallos.

“One of the goals that we have with PASSPort generally is greater transparency, which allows greater accessibility,” Geiling added.