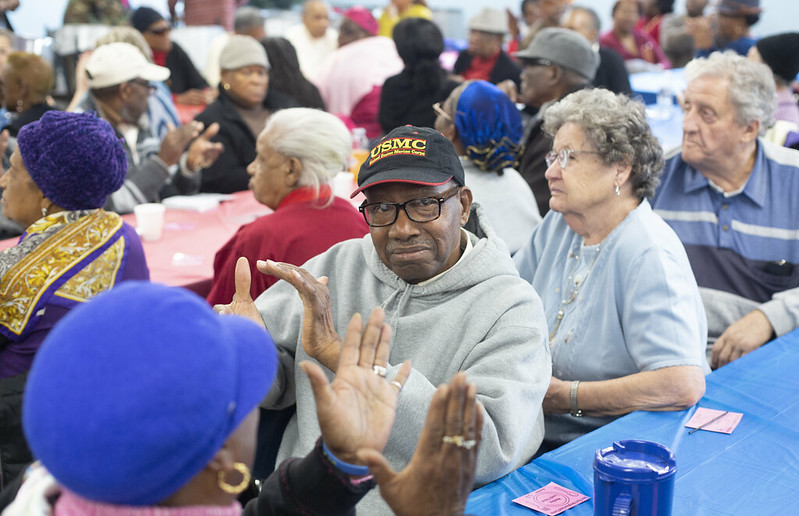 The City Council is set to pass legislation requiring two city agencies to collaborate on a plan to ensure more older New Yorkers who are eligible for food assistance are enrolled in the Supplemental Nutrition Assistance Program (SNAP), otherwise known as food stamps.

It is one of four bills related to food access passed by the Council’s Committee on the General Welfare during a Monday hearing, just ahead of the full Council meeting on Tuesday where the legislation is expected to be voted through and sent to Mayor Bill de Blasio.

The bill (Intro. 1659-A) focused on enrolling eligible seniors into SNAP, a federally run program that provides nutrition benefits to low-income families and individuals, seeks to address a significant problem of hunger among the city’s older residents. The bill would require the city’s Department of Social Services (DSS) and Department for the Aging (DFTA) to “develop a plan to identify and enroll seniors who are eligible” for SNAP benefits, according to the bill summary.

“While DFTA and Meals on Wheels do help screen elderly hometown New Yorkers for SNAP benefits, many seniors aren’t connected to the benefits and are unaware of the program,” said Council Member Stephen Levin, the general welfare committee chair, when discussing the bill, the prime sponsor of which is Council Member Margaret Chin.

The senior population in New York City is booming, with all five boroughs seeing huge increases in older populations. Manhattan saw a 33% increase in the number of older adults between 2007 and 2017, according to a 2019 report from the Center for an Urban Future. Brooklyn, Queens, Staten Island, and the Bronx saw 22%, 18%, 27%, and 26% increases, respectively. The same report details how there has been declining numbers of people under 65 across the five boroughs. This disparity highlights the need for substantive senior services and increasing access to and enrollment in public benefits.

A 2017 report from New York City Comptroller Scott Stringer’s Office identified that over the last decade there had been a 19% increase in seniors in New York City, hitting 1.1 million, making up 13% of the city’s population. The report says the group was expected to continue to grow.

Last month, the Center for an Urban Future released a list of 63 policy recommendations to improve older adult services in the city. One policy recommendation urges the city to “undertake a citywide campaign to enroll older New Yorkers in benefits programs for which they are eligible,” using SNAP as an example.

“Fewer than half of the older adults eligible for Supplemental Nutrition Assistance Program (SNAP) are receiving nutrition benefits,” the recommendation reads. “DFTA should partner with NYC Opportunity, the Human Resources Administration (HRA), and the Department of Finance (DOF) to launch an extensive marketing and outreach campaign designed to call attention to the benefits programs available to older adults and to help them enroll.”

The bill passed by committee on Monday heads in that direction.

“I look forward to the bill’s implementation and certainly focusing on seniors and their eligibility for nutritional benefits, and SNAP is always a great thing because many seniors do not apply,” Council Member Vanessa Gibson said in support of the bill at Monday’s hearing.

The bill also requires comprehensive reporting. The Department of Social Services and Department for the Aging are required to annually submit a report that provides information on activities with respect to SNAP, the number of seniors enrolled and recertified in the program over the course of the previous year, a comparison of the rate of enrolment versus the number of seniors who the departments estimate are eligible for SNAP, identification of barriers to enrollment and recertification for seniors, and a plan to overcome the barriers.

The bill emphasizes the need to identify and address barriers related to “seniors who are unable to travel senior centers, whether due to physical limitation on lack of access to transportation or other reasons, and seniors who are not receiving other social services.”

The law would take effect immediately after adoption, either by the mayor signing it or it aging into law, while the reporting component is set to begin in April 2021.

The other bills passed by the committee on Monday were Intro. 1650, which mandates that the Human Resources Administration provides information about Health Bucks and farmers markets to participants of the SNAP program and two non-binding resolutions (1024 and 1025) that seek to expand SNAP to public college students and allow SNAP participants access to hot meals from participating delis, restaurants, and grocery stores. The resolutions are aimed at encouraging the federal government to adopt such regulations for SNAP.

Levin said “the proposed bills will make critical strides not only on hunger, but on the much needed improvements in the city's practices on planning, distribution, and data collection related to food.”

The four pieces of legislation are part of a larger food equity package moving through the Council this week and previously outlined in a speech and presentation last year by Council Speaker Corey Johnson. Other bills include codification of the Mayor's Office of Food Policy and the requirement that said office creates a long-term city food plan.

The bills are expected to be approved by the full City Council on Tuesday and have support from the de Blasio administration. Kate MacKenzie, the new director of the Mayor’s Office of Food Policy, said in a statement to Gotham Gazette that “the Administration strongly supports these bills and the broader food equity vision outlined by the Speaker. I look forward to working with the Council and advocates in creating and formalizing a robust food policy plan for the City of New York.”