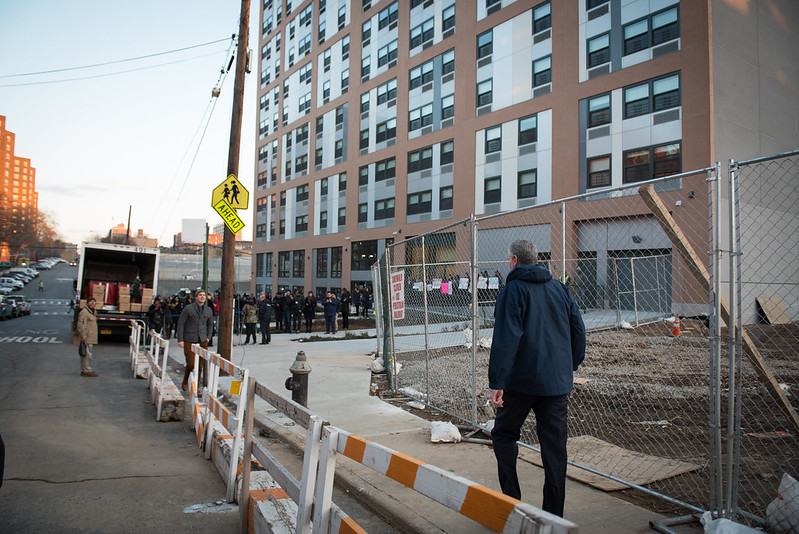 The start of the year 2020 offered what many believed to be the most promising steps in decades to revamping New York's confusing and unfair property tax system. In January, an advisory commission established by Mayor Bill de Blasio and the New York City Council, which was tasked with comprehensively assessing and reevaluating the property tax system, released a set of recommendations. While coming much later than many had hoped, the recommendations were supposed to lead to community conversations around the city and a set of legislative proposals to be acted on at both the city and state levels to make a more rational and equitable system.

But less than four months after the commission released its initial report, the coronavirus pandemic has effectively closed the door on property tax reform this year at the same time the contracting economy re-centers property taxes as the city's most reliable revenue stream.

New York City fiscal watchdog and reform groups say addressing inequities in the property tax is more important than ever, but with the advisory commission's next phase on hold and the State Legislature scaling back its work amid the coronavirus crisis, hope for meaningful changes any time soon has vanished.

“We are seeing first-hand the economic impact COVID-19 is having in New Yorkers who are struggling to get by. At the same time, we must balance the very real needs of the City, which relies on property taxes to fund the essential city services like hospitals and our first responders," wrote Laura Feyer, a spokesperson for Mayor Bill de Blasio, in response to an inquiry about what changes the city was making. She said the city had taken some steps toward relief for property owners facing hardship due to the pandemic but did not say whether there were plans to resume the timeline for the advisory commission's public forums or broader reform.

But property tax reform remains essential, argues Martha Stark, former finance commissioner under Mayor Michael Bloombergn, now serving as policy director of the advocacy group Tax Equity Now, which sued the city and state over inequities in its property tax system. "Given that the city's only mechanism for raising revenue is going to be through the property tax, I don't know how much more urgent it could be to ensure the taxes are done in a way that is fair and that is really reflective of people's values," Stark said in an interview.

De Blasio has been seeking federal relief aid and has implored state lawmakers to authorize $7 billion in emergency borrowing to fill what has become a $9 billion budget gap due to lost revenue from tourism, sales and real estate transaction taxes, and more. In the city's latest projections, property taxes now account for 35 percent of the city's total revenue in the current fiscal year, according to officials in the mayor's office and City Council, compared with 30 percent last fiscal year.

"Especially since we don't know what's going to happen in Washington, we right now are absolutely dependent on whatever resources we can get and property tax is a part of it for sure," the mayor told reporters on May 10, as part of a response to a question about property tax relief for struggling homeowners and landlords.

New York City's property taxes have long been criticized for having an irrational assessment and levy structure that places an uneven burden on low-income communities and communities of color. Homeowners in some of the city’s most booming neighborhoods have among the lowest effective property tax rates, as do some of the most expensive coops and condos, while homeowners in places like the Bronx and Staten Island, which have not seen rapid gentrification, pay a much higher percent of their property's value in real estate taxes. Tenants often serve as a release valve for the high taxes on large rental buildings. With property taxes now making up a larger portion of the city's total revenue, the unequal tax burdens represent yet another example of the pandemic crisis being borne largely on the backs of poor black and Latino New Yorkers.

In 2002, newly-inaugurated Mayor Michael Bloomberg, facing a gap of $7.4 billion over two years due to fallout from the September 11, 2001 terrorist attacks, raised property tax rates. Stark says if the city were to increase taxes, "they are going to actually exacerbate the real estate tax differential for those homeowners," increasing the urgency for reform. De Blasio has given no indication he is looking at property tax rate increases.

Changing New York City's property tax scheme requires action at both the city and state levels, and while ad hoc changes have been made over the past 40 years, the conflicting interests involved in overhauling a system that touches every resident of the state have been a death sentence to prior reform efforts.

The recent momentum came after the Tax Equity Now lawsuit and the Advisory Commission on Property Tax Reform, empanelled by de Blasio and Council Speaker Corey Johnson in 2018, which released its preliminary report in January, giving city and state lawmakers the beginnings of a roadmap to approach wholesale reform. The commission was slated to hold another round of public hearings and produce a final set of recommendations, many of which will require action in Albany.

But the first hearing, scheduled for March 12 on Staten Island, was postponed and it is unclear if any make-up for it or subsequent hearings is in the works.

"Virtual hearings would be an independent commission decision, and have not been planned as of now," said Feyer, the spokesperson for the mayor.

A spokesperson for Johnson said his office was in conversations with the administration about the next steps for public hearings.

Parallel reform efforts in the State Legislature have also stalled.

"Property tax reform is not the issue we are dealing with this year," said State Senator Brian Benjamin, a Manhattan Democrat and chair of the Committee on Revenue and Budget, on the Max & Murphy Podcast Wednesday.

"At this point we are really dealing with the COVID crisis. I would imagine that we will fervently look at property taxes next year. I would have liked to look at it more closely this year and that was the energy we were on and then COVID hit and it's really been hard to focus on that," said the senator, who organized a number of public forums and an expert roundtable on property tax reform last fall in anticipation of the 2020 legislative session and the commission's initial report. Benjamin is also a candidate for New York City Comptroller in the 2021 election.

"The time should not be wasted," wrote Andrew Rein, executive director of Citizens Budget Commission, a nonprofit watchdog, in an email to Gotham Gazette. "The Commission's report was a solid start to comprehensive reform."

The commission's initial recommendations took aim largely at inequities in the assessment of 1-3 family homes, small rental buildings, and cooperatives and condominiums. It did little to address commercial and large rental buildings, where the tax burden is often passed on to tenants.

"While there may be general consensus on many of the recommendations, detailed proposals and legislative language are needed to fully evaluate the impact," Rein wrote.

Rein fears the lost momentum might lead to piecemeal changes without a comprehensive approach, which he says could further complicate the opaque and often irrational system. But Stark says there are some steps the mayor can and should take now, amid a crisis known for exacerbating inequities across lines of race and class.

"One-, two-, three-family home owners, owners of rental properties where tenants are struggling to pay rent...are going to be struggling to pay their real estate taxes," Stark said. "This could not be a more appropriate moment for the city to really be addressing especially the many inequities that are within their control."

One thing the city could do is lower the assessment ratio on certain properties to correct the imbalance in tax burden, Stark said. Another is to undertake extensive quality control to ensure that its assessment models are determining property value based on the value of truly comparable properties, which experts point out is often not the case.

A growing chorus of landlords, tenants, and business owners are calling for property tax relief. On May 13, the mayor and the New York City Banking Commission called on the City Council to create a hardship exemption for property owners facing financial challenges due to the pandemic that would eliminate interest on late payments for property taxes due in July on property assessed below $250,000. The measure would require the city to pass a local law, according to a press release from the mayor's office.

In May, a group of industry and civic groups, including the Real Estate Board of New York and the NAACP, called on the city to freeze property tax rates and assessments, reduce interest penalties, and allow owners to pay taxes on a monthly basis.

The lawsuit by Stark's group, Tax Equity Now (which is not a part of the coalition), is an attempt to force property tax reform through the courts. The effort saw a serious setback when it was dismissed in the appellate division earlier this year, but the group is filing an appeal in the state's highest court.

"Part of the reason why we brought our lawsuit is that we didn't think that the political side was going to be able to handle property tax reform,” Stark said. “This has been an issue for 40-plus years and the political side hasn't been able to do anything.”