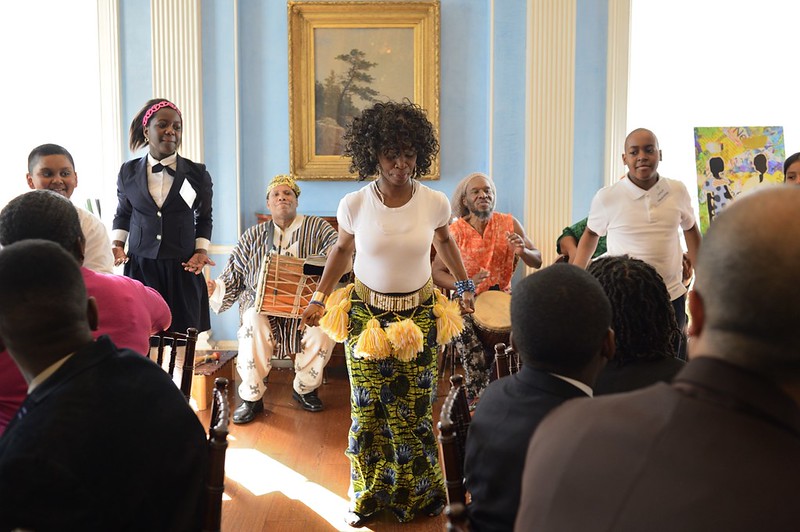 Activists plan to utilize Juneteenth, which each June 19 commemorates the end of slavery in the United States, as a way to continue momentum behind the Black Lives Matter movement. Advocates, Black elected officials, candidates for office, and others will rally, protest, and celebrate with events around the city, in continuation of the uprising reignited after the killing of George Floyd in Minneapolis.

“Black joy is an act of resistance,” said Natasha Capers, the director of the New York City Coalition for Educational Justice, which will hold a virtual block party for Juneteenth. June 19 marks the day in 1865 that Major General Gordon Granger of the Union Army announced to enslaved people in Texas that they were free, two-and-a-half years after Lincoln’s Emancipation Proclamation.

Forty-six states recognize Juneteenth, according to a fact sheet by the Congressional Research Service.

New York acknowledges the day’s significance but currently does not celebrate it as a holiday with time off. Governor Andrew Cuomo issued an executive order this week observing June 19 as a holiday for state employees, and promised to advance legislation, which has been championed by Queens Assemblymember Alicia Hyndman, to make it an official state holiday next year. The same day as Cuomo’s executive order, Brooklyn Borough President Eric Adams sent Mayor Bill de Blasio a letter asking him to make Juneteenth a city holiday. On the morning of Juneteenth, de Blasio announced that he would be moving to make it a city and school holiday starting in 2021.

Friday gatherings will occur in-person and online, with organizers integrating commemoration with their desire to push for reform and action. In recent weeks in New York, Cuomo, the State Legislature, de Blasio, and the City Council have all moved several reforms related to police accountability and racial justice.

Cuomo signed several pieces of what he called the “Say Their Name” agenda, bills passed by the Legislature that repeal the 50-A section of state civil rights law blamed for shielding police disciplinary records; ban chokeholds by law enforcement officers; prohibit false race-based 9-1-1 reports; and designate the Attorney General as an independent prosecutor for matters relating to civilian deaths at the hands of the NYPD. The Legislature also passed and Cuomo signed a law requiring the state police to wear body cameras, and more.

On Thursday, the New York City Council passed a package of bills that make police chokeholds and the covering of police badges illegal; bring more transparency to what surveillance tools the NYPD uses; mandate the police department use a “disciplinary matrix” to ensure clearer lines of accountability; and more.

Those bills come after de Blasio has pledged to make some police body camera footage available within 30 days; and create an online database of police disciplinary charges and outcomes, which he said is allowed based on the repeal of 50-A. The mayor also announced new, shorter timelines around police discipline in some of the most serious instances of alleged misconduct.

And, de Blasio said that he would work with the City Council to shift some yet-to-be-determined amount of funding from the NYPD’s $5.9 billion operating budget to youth services, though he said that the $1 billion reduction in the police department’s budget that City Council Speaker Corey Johson and others called for is too high a number. He also said he disagreed with calls from Johnson and others to move school safety out of the police department.

With significant wind at their backs, some organizers see Juneteenth as an opportunity to push for more change and demand specific promises to move police funds to Black communities.

Capers said that with its fourth annual Juneteenth event, the New York City Coalition for Educational Justice aims to combine celebration and advocacy, spreading awareness about education disparities while enjoying the day.

“Our goal is to, one, have a joyous event that allows us to have some laughs, allows us to be in community and fellowship together, just as Juneteenth allows us to have every year to celebrate who we are as a people,” Capers said. “But to also do some deep organizing and continue to put pressure on Mayor de Blasio and Speaker Johnson.”

According to Capers, CEJ’s current top priority is rerouting NYPD funds to education as the July 1 deadline approaches for a new city budget. She said repurposing $1 billion of NYPD funding could mean no cuts from education and support for programs like youth mental health services.

According to the CEJ event page, the Juneteenth advocacy rally will call for de Blasio and Johnson to defund the NYPD, implement police free schools, and fund culturally responsive education. CEJ will use creative ways to spread the message virtually through games, song, dance, and art, according to Capers.

As an education-focused organization, she said CEJ also wants to use the day to educate others on Black history.

“I think it’s always important for us to uplift these important days,” said Capers. “But we also use that as an opportunity to tell folks more about Juneteenth, and to elevate, this is actually why we need culturally responsive education in our schools.”

Burgess is using her organizing skills as a Girl Scouts of America program manager, as well as a candidate for the City Council’s 26th District in Queens in next year’s election. She said she appreciates the elected officials who have shown support for the Black Lives Matter movement, but the city needs to move NYPD funds towards social issues such as affordable housing, education, public assistance, and food security.

“I know they can’t guarantee change as fast as we want it,” Burgess said of elected officials. “But at the same time at least, you know, some type of support is what I’m expecting in return, and also knowing if there’s policy changes that you hear us crying for and shouting for, make it happen.”

Burgess said recent organizing around George Floyd’s death inspired her to start the Black Lives Initiative, a non-profit organization that will teach activism to city youth. She partnered with a local young person, Larry Malcolm Smith Jr., to plan her Juneteenth march from 83rd Street and Roosevelt Avenue in Queens to the Flushing Meadows Park Unisphere.

“We’re opening a path for youth to continue leading and so we see sustainable change,” said Burgess. “And I want the youth to feel encouraged and see that they have a support system.”

Other candidates for office -- such as Diane Morales, a Black Boricua and former CEO of a Bronx-based social services nonprofit who is running for mayor in the 2021 election -- and current Black elected officials -- such as Public Advocate Jumaane Williams, Brooklyn Borough President Eric Adams, State Assemblymembers Alicia Hyndman and Clyde Vanel, and City Council Members Farah Louis, Laurie Cumbo, and Daneek Miller are attending or leading Juneteenth celebrations. Many officials and New Yorkers of other races and ethnicities will also be participating. City Comptroller Scott Stringer, for example, will join Public Advocate Williams, Reverend Mark Thompson, and others for a motorcade and march from Grand Army Plaza in Brooklyn to the Adam Clayton Powell Jr. State Office Building in Harlem to honor lives lost to police brutality.

Although people recognize Juneteenth as a day of joy, planning protests around justice for Black people still feels bittersweet to some. D’Nike Amma, a mental health counselor and church youth director, is planning a protest called “When Mothers Cry,” which will rally mothers together for Juneteenth. As a mother, grandmother, and maternal figure in her community, Amma said she felt troubled by George Floyd’s call for his mom in his final moments.

“I could not sleep,” said Amma. “Whether we are white or whether we are black, every mother could have related to that incident.”

Amma, who speaks as a youth director at the 67th precinct’s clergy association, plans to go to the 67th and 77th precincts in Brooklyn and invite police chiefs to pray with protestors. She said she feels the 67th precinct does interact with the community, but that there are problems.

“Every police officer has a mother and my question to them would be, ‘Would your mother be proud of what you did?,’” said Amma. “It is an honor to be a policeman, it should be a privilege to be a policeman because you get the opportunity to turn things around.”

While Amma works on behalf of youth, young people have started leading their own protests. For some like Jalen Robinson, a 20-year-old Brooklynite and college junior, Juneteenth will mark their first time organizing a march. Robinson said he expected to raise $100 for protest supplies through his personal Venmo and Cash App accounts, but ended up securing over $1,500, the surplus donated to the National Police Accountability Project.

“The outpouring of support has been extremely inspiring, and it shows that there’s a lot more people in this fight than we think,” said Robinson. His aims for the protest, which will start at the Brooklyn Museum and end at Cadman Plaza, include amplifying Black creators, fighting for all Black lives, and productive conversation, he said.

Robinson said that while he appreciates Governor Cuomo’s police-centered legislation, the city should cut the police budget, stop over-policing in Black neighborhoods and reinvest into underfunded communities instead of more reforms to the NYPD.

“I know the governor has made comments recently about how like, we’ve won already and we should stop protesting because we won and it’s over,” said Robinson. “And I think the biggest message that we’re trying to send is that it’s not over and that there’s a lot more work we need to do.”