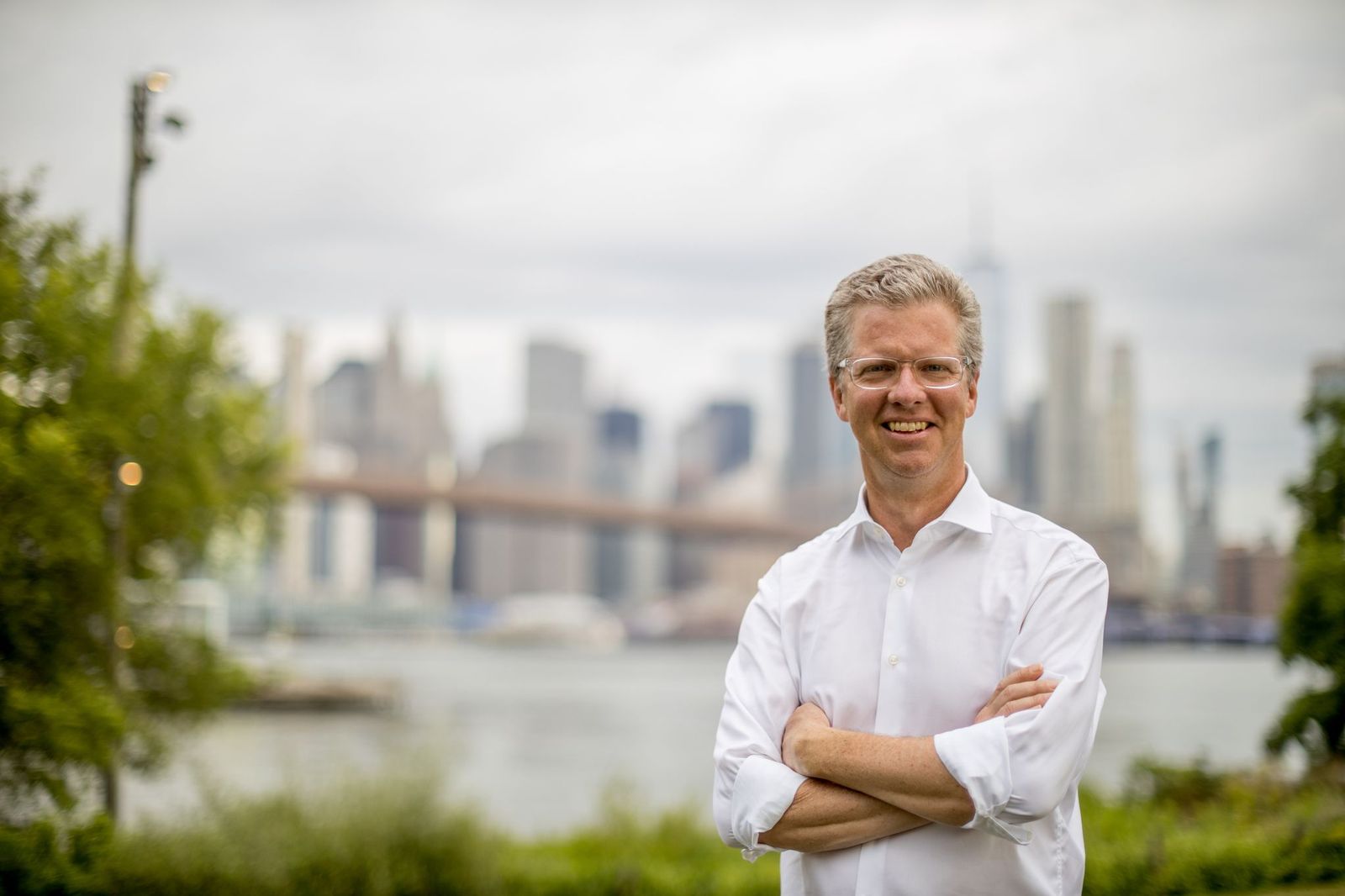 As the 2021 mayoral election begins to heat up, with rumors of more candidates jumping into an incredibly consequential race, former Obama and Bloomberg aide Shaun Donovan’s campaign is making a confident pitch to potential supporters and donors that he has a viable path to victory.

While Donovan, a Brooklyn native with a long history as a public servant but never in elected office, has not officially declared his candidacy, he’s been taking many of the essential steps toward launching a run.

If he does run, one challenge will be introducing himself to voters. Donovan led the New York City Department of Housing Preservation and Development under former Mayor Michael Bloomberg for five years, from 2004 to 2009. He then served as Secretary of Housing and Urban Development under President Barack Obama between 2009 and 2014, before being elevated to director of the Office of Management and Budget, which he headed for three years till the end of Obama’s tenure in early 2017.

Donovan’s campaign had been pitching his credentials in a 29-page slideshow obtained by Gotham Gazette that analyzes the state of the race, possible turnout and the areas of the city where Donovan is likely to receive votes, and the candidate’s key credentials.

Next year, Mayor Bill de Blasio will be term-limited out of office and there are several candidates besides Donovan who have either declared or are exploring a mayoral bid. Among the active candidates are City Comptroller Scott Stringer, City Council Speaker Corey Johnson, Brooklyn Borough President Eric Adams, former nonprofit executive Dianne Morales, and former commissioner of the city’s Department of Veterans’ Services Loree Sutton. Maya Wiley, a civil rights lawyer and former counsel to Mayor de Blasio, is also now considering a run, according to Politico New York.

The Donovan campaign isn’t shy about playing up Donovan’s association with President Obama, whose name appears six times and whose picture appears twice in the document. The “electability deck,” as it was labeled by the Donovan campaign, opens with a quote from the former president from when he nominated Donovan to become OMB director, alongside a photo of the two seated next to each other at a news conference.

“Now here’s the problem. When you’re good at your job, people always want you to do even more,” Obama said at the time. (The document makes little mention of Donovan’s work with Bloomberg, who is unlikely to be a popular figure in the 2021 Democratic mayoral primary.)

The campaign touts Donovan as “The right candidate at the right moment” and identifies the six top issues that the next mayor must urgently address: inequality, the city’s housing crisis, the budget deficit caused by the pandemic, the relationship with the federal government, education and homelessness.

“New York City Needs a Leader,” the document declares in bold letters, along a list of reasons why, including, “To pull us together, address centuries long inequities, and make fairness real, not a slogan.” That line is no doubt a dig at de Blasio, who has repeatedly said he wants to make New York the “fairest big city in America,” but has struggled on a number of policy and political fronts.

The campaign also points to other issues where city leadership is sorely lacking. Policing needs to be reformed substantively, it states. It warns that the city’s health systems “are stretched to the breaking point” while people are out of work and businesses are shut down. Evictions, foreclosure, and homelessness are rising. It does not point to any proposed solutions that Donovan may offer if he launches a campaign.

But the document delves into headlines of Donovan’s resume and his role in the federal government overseeing the response to several crises including the housing crash, the Ebola and Zika virus outbreaks, and Hurricane Sandy.

“Shaun’s record of progressive accomplishments is second to none,” it states, listing various policy decisions and positions. He was the first cabinet secretary ever to endorse marriage equality, it highlights. He reversed a HUD policy that prohibited ex-offenders from moving in with family members in subsidized housing. He worked with 32BJ, the prominent property service workers union, to raise wages for workers in affordable housing. And so on.

The document, labeled "path to victory," reiterates what most political experts and consultants agree on, that the 2021 race will be a change election with voters looking to candidates who can set themselves apart from de Blasio. “After 8 years of Bill de Blasio, New Yorkers are looking for something different. They want a Mayor with vision, experience, and the ability to get us out of the crises we face and make this a city that works for everyone,” the document reads. “Shaun Donovan is that candidate.”

The document -- which is the type of literature presented to community, labor, and political leaders, among others, as relationships are cultivated -- takes stock of the competition, particularly the perceived top tier of current candidates: Adams, Stringer, and Johnson, who are all term-limited next year, though they aren’t named. The campaign notes that the three previous comptrollers ran for mayor and lost and the three previous Council speakers ran citywide and lost; it wrongly states that no borough president has ever won the mayoralty, though David Dinkins and Robert Wagner pulled off that feat (no borough president since Dinkins and no Brooklyn borough president has become mayor). It even looks at mayoral races in cities like Philadelphia, Chicago, and Atlanta to note that perceived frontrunners rarely win the election. For instance, Chicago’s Lori Lightfoot won the mayoral election last year with 73% of the vote in a runoff, even though she placed at 7th place with just 3% of the vote in early polling. De Blasio himself was initially written off by most people who watched the early 2013 race, and received only 7% of the vote in a poll that put him at 5th. He eventually won the all-important primary with 41% of the vote.

Donovan’s campaign emphasizes that those candidates won because they demonstrated competence, presented bold ideas and a vision for the future, while communicating to a broad electorate in the finishing stretch and running lean campaigns to save their funds for when they will need them. They also garnered effective endorsements from community groups and newspaper editorial boards.

Each of those campaigns also had the same team that is now working for Donovan, the document explains somewhat dramatically.

Both BIll Hyers and Rick Fromberg, who ran de Blasio’s campaigns in 2013 and 2017, respectively, are on Donovan’s team. Other operatives signed on in the early phases include Amelia Adams, who was political director for former Council Speaker Melissa Mark-Viverito and worked on de Blasio’s reelection; and Mike Fishman, former president of 32BJ SEIU who is the campaign co-chair. The campaign is also relying on an “exhaustive network” of experts, fundraisers and policy wonks from the Obama and Bloomberg circles.

One major change in next year’s election will be the first-time implementation of ranked-choice voting, also known as instant-runoff voting, which will require candidates to make their case to a broader swathe of voters beyond their traditional bases. In a ranked-choice system, voters choose candidates by order of preference and a candidate must meet a certain threshold of first-preference votes to win. If no candidate meets that threshold in the first round, the one with the least first-preference votes is eliminated and those votes are redistributed to second-preference candidates and so on until a victor is declared.

The Donovan campaign examined the 2013 mayoral election, the last time it was an open contest, and concluded that Donovan will have support in some key areas where turnout was high. Donovan has lived in Brownstone Brooklyn for years, and it accounted for 15% of the vote. He grew up on the east side of Manhattan, which contributed 9% of the vote. The Bronx is “wide open territory” with 12% of the vote, the campaign believes, and its where Donovan’s early career was in rebuilding housing. Other areas they will have to target include Southeast Queens (9.5% of the vote), South and East Brooklyn (9% of the vote) and Harlem (8% of the vote).

In other communities such as the west side of Manhattan, Central Brooklyn and Flushing, Corona, Elmhurst, and western Queens, the campaign estimates that Donovan will be an appealing second or third choice for voters.

With the 2020 primaries now over (though votes are still being counted) and the next 2021 campaign finance filing deadline imminent, the mayoral race will soon pick up steam. There has been added scrutiny of the current mayor over the city’s response to multiple crises, including the coronavirus pandemic, responses to protests against racist policing, and a massive budget gap, with a new city budget passed this week, and several likely or declared candidates like Donovan have been staking out positions while plotting their next moves.

Note: this article has been updated to reflect that the campaign incorrectly stated that no borough president has been elected mayor when David Dinkins and Robert Wagner were both Manhattan Borough President and became mayor.

Note - this article has been updated to correct the name of Chicago's Mayor. It is Lori Lightfoot, not Laurie Lightfoot.