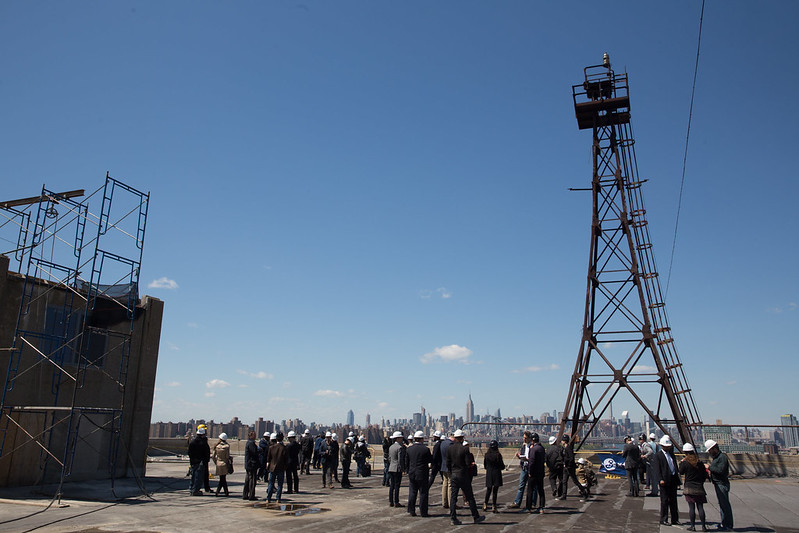 With COVID-19 infection rates low and New York moving through phased ‘reopening,’ the attention of elected officials, business leaders, and others has turned toward the city’s economic recovery. This month, two groups, the Partnership for New York City, which represents many of the city’s largest businesses, and a new coalition, the New York Workforce Recovery Strategy Group, have released recovery plans with somewhat different focuses and conclusions about how the city should move forward.

New York City and State have suffered some of the worst economic consequences of the pandemic in the country thus far. New York City’s unemployment rate currently stands at 20.4%, up from up from just over 4% when the coronavirus outbreak hit here, according to the State Department of Labor.

Between the fourth quarter of 2019 and the first quarter of 2020, New York State shed 8.2% of its GDP, tied with Nevada, another state economy with a large tourism sector, for the largest decrease in the nation.

“This will be infinitely harder than the recovery after 9/11,” said Dan Doctoroff, who was New York City Deputy Mayor of Economic Development from 2002 to 2007, and is currently Sidewalk Labs CEO, during a recent digital forum held by the Center for an Urban Future. “If we don't change the trajectory, New York City is heading into a period of negative growth.” Doctoroff said that “reversing this trend will require a new model for inclusive growth that addresses long-standing inequities,” particularly citing housing affordability and insufficient public transportation as injustices that need to be addressed.

New York State anticipates losing 7% of its GDP in 2020 and up to 14% by the end of 2023, according to the state’s Division of the Budget. In comparison, the state suffered declines of 2% after 9/11 and 10% after the 2008 financial crisis and those dips were for a relatively shorter period of time than the multi-year downturn currently projected. Reduced household income will also mean that the city’s affordable housing shortage will grow from 650,000 to 760,000 units within the next year, according to consulting firm Oliver Wyman’s research for the Partnership for New York City.

Several economic indicators point to the city and state economies rebounding slightly in recent weeks as the city has moved through the state-designed reopening phases, but they are still far from their pre-pandemic levels. The New York Federal Reserve’s Empire State Manufacturing Survey, conducted in early July, indicates improving business conditions.

The Partnership for New York City estimates in its report that as many as a third of the city’s 230,000 small businesses in neighborhood commercial corridors may go out of business due to the economic downturn and as many as 520,000 jobs were lost from the small business sector alone as consumer spending dipped by 44%.

Jonathan Bowles, the executive director of the Center for an Urban Future, noted that “much of the city's recent job growth has been high-wage industries.” This has had “huge benefits for New York City,” but “the challenge moving forward is to expand access in every way possible —apprenticeships, in-depth training, CUNY, innovative HS models, and more.”

Partnership for New York City Calls for Public-Private Collaboration
The Partnership asserts that with such massive job and revenue losses, the state and local governments will need to partner more with the private sector to rehabilitate the economy. Its report, entitled “A Call for Action and Collaboration,” compiled research from 14 consulting firms and interviews with industry experts.

They found that 70% of the New York City metro region’s office employees have safety concerns about returning to work in the near future. Industries able to operate remotely have experienced increased productivity and lowered costs, meaning that it is likely that many work-from-home policies will continue even after the pandemic. This could possibly permanently reduce the number of workers who commute into Manhattan each day and thus have a deleterious effect on businesses that cater to these commuters.

One of the report’s more relatively-positive findings is that there are currently some 200,000 job vacancies in the city. The Partnership says closing the skills gap through more workforce development programs would help fill these opportunities with the recently unemployed.

The Partnership for New York City supports five main actions to leverage the city’s major corporations and mobilize its members. One is to start a “Health Innovation Partnership,” which would set a universal standard for a “health passport,” build up a robust contact-tracing program, and finance investment in the life sciences sector. Another is to launch a restart clearinghouse to improve access to financial and technical resources for small- and minority-owned businesses.

A third is the “Education Innovation Partnership,” which would use the private sector to help the city’s public education system establish high-quality online learning and hybrid programs for both in-school and remote education.

Believing that state and municipal revenue shortfalls will mean less government funding for key programs, the Partnership is calling for an employer-led effort to expand job training, credentialing and hiring of city residents to fill the 200,000 job vacancies in the city.

The Partnership is currently active advocating for federal relief for city, state, and transit agency needs, liability protection for employers and institutions, and a less restrictive visa policy for students and workers. A new federal relief package is expected soon, though it’s unclear what it may include for helping to plug huge city, state, and MTA budget gaps.

As of July, according to the New York City Comptroller’s Office, subway ridership is still less than a fifth of and bus ridership is at just under half of pre-pandemic levels. MTA ridership appears to have plateaued in the most recent week, even with the city moving into “phase four” of its reopening. The fall-off in revenue for the MTA has left the transit agency in a dire fiscal position.

The Partnership also says it will hold “cross-sectoral problem-solving sessions” around the issues of transit, taxation, security, housing, and racial justice.

New Coalition wants a “Recovery for All”
Meanwhile, the New York Workforce Recovery Strategy Group, which is led by the NYC Employment & Training Coalition and includes over 80 business and human services leaders throughout the city, has its own plan, “Recovery for All: A Vision for New York City’s Equitable Economic Recovery,” which takes a slightly different approach. Where Partnership for New York City envisions the private sector stepping up in a major way, this coalition believes that an equitable recovery will be achieved through significant government action.

The report calls for an increase in public works projects and direct public employment, as well as relief programs for the most-affected individuals and communities. The coalition is also calling for an “education and training ecosystem” for the displaced workforce and marginalized communities, as well as recovery efforts for local small business and nonprofits, and support for new business development.

The “Recovery for All” report asserts that recent Black Lives Matter protests “have made it abundantly clear that New Yorkers want a stronger safety net and economy that proactively benefits the many, not the few.” Recent data indicates that New York’s residents of color have been harder hit by the pandemic’s economic consequences than their white neighbors, which has also been the case for the public health emergency. Black (27%), Hispanic (33%), and Asian (28%) New Yorkers have all seen higher levels of worker dislocation than white New Yorkers (23%).

The coalition wants to see the city build new revenue streams, primarily through taxes on high earners, and increased cuts to certain programs to redirect funding towards community investment so that the city’s post-recovery economy is a “sustainable” one. They caution against “austerity” budget measures that could even further harm marginalized communities.

According to the New York Workforce Recovery Strategy Group, the city has the opportunity to address two crises at once, the economic one wrought by the pandemic through mass unemployment and the ongoing climate crisis, by investing in upgraded infrastructure.

The coalition suggests ramping up short- and long-term infrastructure projects, and several potential projects the city should focus on. These include broadband installation, greening and repairs of NYCHA facilities, the “Cleaner and Greener New York” plan that would build up green infrastructure such as solar and wind power generation and coastal resiliency, and upgrades to public-health and child-care infrastructure.

The coalition is also calling for a “true universal basic income for all New Yorkers,” as well as expansion of current means-tested cash assistance. It wants direct cash assistance for individuals, families, and communities most affected by the pandemic, as well as increases to both the state’s earned income tax credit and child and dependent care tax credit.

The “Recovery for All” and Partnership for New York City reports both stress that an economic recovery for New York City relies on workforce development. However, the New York Workforce Recovery Strategy Group believes that the government, not private businesses, should take the lead on this through programs to help jumpstart businesses such as transitional employment, wage subsidy, work-based learning programs and apprenticeships. The coalition is also calling on the city to develop a citywide workforce development system, which non-profit service providers have long called for.

Also like the Partnership’s, the “Recovery for All” report highlights the need for assistance for small businesses in particular. It advocates for reducing red tape and increasing free or low-cost technology and technical training for local businesses, among other steps.