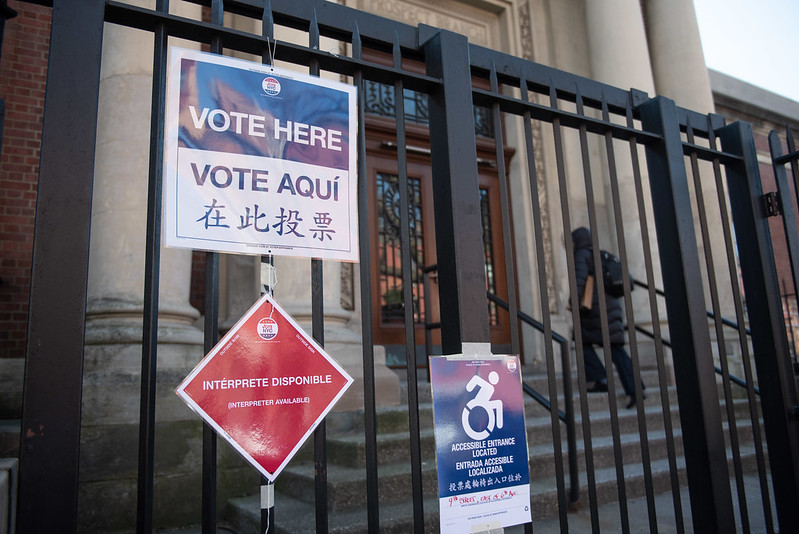 The New York City Board of Elections last week delivered a City Charter-mandated report to Mayor Bill de Blasio and the City Council on how it will implement a new voting method, known as ranked-choice voting (RCV), in the 2021 municipal elections, when all of city government will be on the ballot.

The report, which was submitted June 30 and obtained by Gotham Gazette, shows few procedural and operational changes to casting and counting ballots, possibly indicating a light lift for elections administrators ahead of the changes next year. But at least one government watchdog is concerned that the report's lack of detail and deadlines bodes poorly for the rollout of ranked-choice voting, especially given the difficulties voters experienced casting absentee ballots this summer.

"We recognize that the New York City Board of Elections is under a great deal of strain, but the lack of detail in this report is pretty concerning," said Tom Speaker, a spokesperson for the good government group Reinvent Albany, by phone. "The Charter calls for a plan for achieving the timely implementation of ranked choice voting, and in the report there is almost nothing about timing or about deadlines or about benchmarks."

Ranked-choice voting, also known as instant-runoff voting, was approved by New York City voters last fall after being placed on the ballot by a Charter Revision Commission. The commission was created through legislation by the City Council and included appointees of the Council speaker, mayor, comptroller, public advocate, and the five borough presidents. The system of ranked-choice voting that was proposed to voters and approved is only for special elecitons and party primary elections, not general elections, and only applies to New York City government positions.

Modeled on systems used in a handful of cities throughout the United States, RCV allows voters to select more than one candidate, ranking them by order of preference. If no candidate has a majority of first-choice votes in the initial counting, the candidate with the fewest is eliminated and their ballots are redistributed according to the voter's second preference, a process that then continues until a winner crosses the 50% threshold.

Proponents of RCV say it will eliminate the need for expensive and poorly-attended runoff elections and would neutralize so-called "spoiler" candidates, those who have a low chance of winning but who sap votes from more viable candidates.

The 2021 elections for city office will include contests for mayor, comptroller, and public advocate, as well as borough presidents, and dozens of open City Council seats, all of which will be conducted by ranked-choice voting (again, only in special and primary elections, not the general election). With the first instance of ranked-choice voting likely taking place in a special election in as little as six months and an expected 500 candidates running in the primaries next year, Speaker says the lack of planning is especially concerning.

While the report notes that the layout of the ballot will change to reflect the ranking system, it details few other changes to the experience of voters and administrators on election day. Voters at their polling location will still be handed a ballot sheet to mark by hand and will feed them, completed, into the same scanning machines.

Though the existing ballot-scanning machines can accommodate RCV, they require software updates to run the counting algorithm. That may need approval from the State Board of Elections, which the report says the city board is seeking clarity on. Even if the software doesn't require state approval, the New York City Board of Elections must still go through a public procurement process in accordance with city rules. The report does not specify any timeline for making the determination or for procuring and installing the software.

The plan states that Unofficial Election Night Results will be available as they typically have been (with the exception of the 2020 primary and general elections, which saw an unprecedented number of absentee ballots due to the pandemic). The report makes no contingency plan for potential changes to the absentee rules that would make election night results impossible.

With the "amount of turmoil that can happen between now and whenever the first ranked choice voting is, it's just easy to see how a lot of these steps might actually never be taken," Speaker said, referring to potential waves of coronavirus in the future.

The board does not describe any adjustments to poll worker and ballot canvasser training or what instructions will be provided to voters at poll sites. The board says it plans to undertake a public education campaign "utilizing various traditional media and social media platforms to effectively communicate with voters," but doesn't say what the campaign will entail or what resources it has available to implement it.

"The Board will disseminate the details of the public education plan as same are available," the report reads.

Advocates and elected officials, including Brooklyn Borough President and mayoral-hopeful Eric Adams, have been pushing the city Board of Elections since February to undertake a serious public education effort to inform voters on the new voting method. At a February news conference in front of the board's office in Lower Manhattan, Adams, along with Council Member Alicka Ampry-Samuel of Brooklyn, and Susan Lerner, executive director of Common Cause NY, called for the city to allocate $10 million for the effort.

The board’s report was submitted just one day before the July 1 start of the current fiscal year, and it makes no mention of any budget needs. The city allocated $136 million to the New York City Board of Elections for fiscal year 2021.

Even with the most significant changes appearing relatively simple, like redesigning ballots and installing new software, Reinvent Albany’s Speaker says the devil will be in the details.

"While it might seem there's only a small number of steps required, it seems like the BOE could really benefit from more staff and more efforts dedicated to public information especially," he told Gotham Gazette, "because what we've seen in other municipalities who have adopted RCV, is that it fails the most when there is not a robust public education campaign around it."

Tags: Board of Elections • Common Cause • ranked-choice voting • 2021 Election