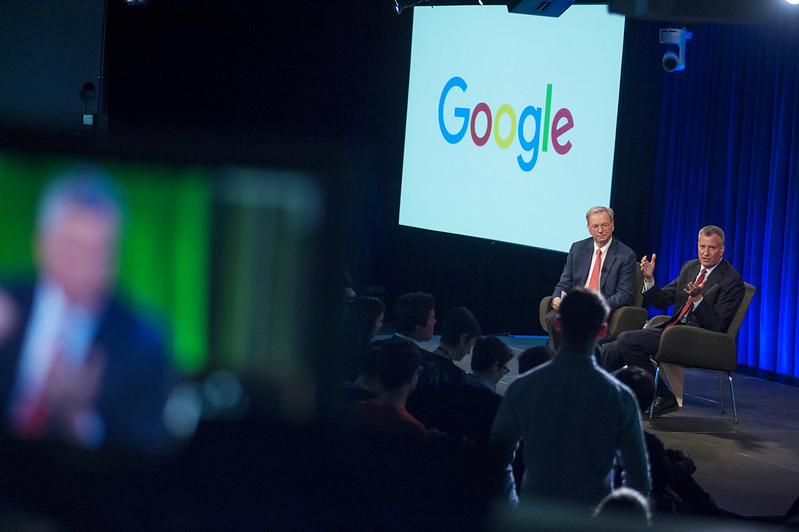 A series of new reports commissioned by the de Blasio administration to examine ways to develop a more inclusive and robust workforce, particularly in New York City's growing tech sector, lays out both big opportunities and high barriers to achieve them.

The studies, recently published by the New York City Economic Development Corporation but conducted largely before the pandemic-spurred recession, were designed and conducted by nonprofits, many of which run workforce development programs. Their purpose is to help ensure that city residents, particularly in historically marginalized communities, have access to the range of tech jobs that have been growing rapidly in the city over the past decade. They paint a picture of a tech industry landscape that cuts across virtually all other sectors. The data show tech employment offers stability and economic mobility to those who can access it, but it is largely guarded by structural inequities that largely exclude women and Black and Latino people.

The reports -- titled "Exploring Paths to an Inclusive Workforce in NYC" -- also offer a patchwork blueprint for helping communities overcome those obstacles, often through partnerships with business and community stakeholders. The studies and their recommendations are now in the hands of the Economic Development Corporation (EDC), a city government-run nonprofit that is promising to use them to inform its workforce strategies, while acknowledging that the economic crisis has made funding for programs scarce.

"We've learned a lot of good things from the findings, obviously we firmed up some of the statistics on the diversity of the tech ecosystem in particular, that we had imperfect data on before," said Lindsay Greene, EDC's Chief Strategy Officer, in a phone interview.

Funding for workforce development "is almost always focused around delivering training to individuals, not on some of the systemic issues that the organizations grapple with," Greene said. "They don't typically get funding to do research on solutions and system-wide needs, that sort of long-term, strategic thinking."

"We hope we can continue doing it in the future and hopefully continue to make investments in workforce when the financial picture improves," she said.

The seven reports cover different areas of the tech workforce equation, focusing on specific challenges and solutions. Some are local case studies, examining opportunities in a particular NYCHA complex or training model, for instance. Others center on expanding opportunities for CUNY students or people with disabilities. EDC says it plans to use the findings to help ensure jobs created with projects like Google's expansion in Manhattan and Amazon's aborted bid to open a second headquarters in Long Island City are more inclusive of city residents of all backgrounds.

The research, much of which was completed before the pandemic and resulting economic recession set in, points to longstanding inequities that have only been exacerbated by the new crises.

"COVID-19 has highlighted the deep-rooted racial disparities and inequities in this country, affecting Black and Latinx populations disproportionately higher across cities, including New York City," states an introductory note in a report written by HR&A Advisors, Jobs for the Future, and LaGuardia Community College.

"The COVID-19 pandemic has also accelerated the adoption of digital and remote work, and as a result demonstrated how crucial and urgent it is for today’s workforce to have tech skills and digital literacy," the note reads.

According to that report, New York City's "tech ecosystem" -- defined as the total tech and non-tech jobs in the tech industry plus the tech jobs in other sectors -- is second in size only to Silicon Valley's, employing 355,000 people in 2018, good for 7% of the city's workforce and roughly equal to the number employed by New York City government. Jobs in the tech ecosystem paid a median wage between $37 and $45 an hour in 2018, compared to between $21 and $30 for the overall city workforce.

Yet despite accounting for 13% of the city's job growth between 2009 and 2018, the ecosystem disproportionately excludes Black and Latino people and women. The gaps are especially stark among tech jobs within the tech industry: 17% are held by Black or Latino workers despite them being 37% of the city's overall workforce, according to the report. Women are employed in under a quarter of those jobs despite accounting for half the city workforce. The higher tech the job, the deeper the disparities.

The report identifies high educational barriers and an arbitrary culture of selectiveness -- informed by long-standing racial and gender prejudices -- as a main driver of the disparities. Employers in tech, especially for tech jobs within the tech industry, often screen by degree and further require work-based experience, even when the positions don't necessitate either. The dynamic creates a circular maze that can be almost impossible to penetrate without inside help, perpetuating segregation in the industry. The lack of representation is self-reinforcing, the study found, making it difficult to retain diverse talent in the sector's large white spaces.

The challenge means that the economic development from the expanding tech sector is only accessible to a certain class of already upwardly-mobile New Yorkers -- a group that is disproportionately white and male.

"Despite a large number of jobs in the tech ecosystem that do not require a bachelor’s degree, and higher-than-average pay among those jobs, tech ecosystem jobs are still more likely to be filled by workers with high educational attainment than NYC jobs overall, creating a barrier to entry for many New Yorkers seeking upward economic mobility," the report reads.

Greene said EDC is working with employers to adjust their stated requirements for jobs to match what they actually need.

Many of the reports highlight the need to have Black and Latino representation in the tech industry, not only to advance the goal of economic equality, but to ensure the more democratic development of a field that has become increasingly central to public and private life.

One of the models experts are exploring is bridge programming, which are sector-specific training and mentorship courses aimed at addressing a particular barrier, be it math skills, English proficiency, or license requirements. Unlike degree programs, bridge programs are tailored to a clients' needed skillset and often have an immersive element that exposes them to the vicissitudes of the field.

Jose Ortiz, Jr., executive director of New York City Employment and Training Coalition, which authored a report on bridge programs among the new set of studies procured by EDC, said partnerships with city government, businesses, and philanthropy were key to expanding the model.

"We need to link existing programs more effectively to the agencies that support them in the city," he said in a phone interview.

"We need to develop stable sources of funding that are not just government dollars being allocated but really thinking about innovative models for how the business community can support the workforce development community here in New York City," he said, "particularly when they are themselves benefiting from that talent."

In 2014, the de Blasio administration committed to invest $60 million in bridge programs on an annual basis by 2020. The money has never been fully allocated, according to advocates, and under the current fiscal crisis, that promise likely won't be fulfilled.

"When it comes to the city, sadly, we don't expect at this point given the current budget situation to see the type of investment that we've always advocated for," Ortiz said. "Given the current economic crunch, it is very difficult for us to see significant investment during this current administration."

"We continue to have conversations with our partners at the state level and our federally elected officials as well," he added. "But with regard to local government, we are looking to the future and thinking about how we can effectively get the future of New York City's leadership to invest more deeply in workforce, particularly during a time when more folks are in need of employment and businesses need talent more than they ever have."

New York City's unemployment rate hit 16% in August, 3.5 points higher than the state rate, and an enormous jump from under 4% at the same time last year, according to the latest figures available from the state Department of Labor.

"If there is a federal stimulus package that prioritizes putting people back to work, let's talk about really having next generation workforce programing and putting money towards that," Greene of EDC told Gotham Gazette.

"A lot of our workforce work right now comes from federal funds that we leverage with additional city dollars but we can certainly do more going forward," she said.

The Mayor's Office did not provide comment for this article.

One of the new studies, conducted by Urbane Development in partnership with Bedford Stuyvesant Restoration Corporation, looked at the "NYCHA to tech pipeline" with a focus on public housing residents in Bedford-Stuyvesant, Brooklyn. The study recommended that to deal with obstacles to tech employment, the city and community partners should invest in public awareness campaigns among NYCHA residents, as well as mentorship programs that support them in navigating the constricted avenues to tech employment.

The resources of a region are key to accessing the tech workforce, a fact partially hidden by the online nature of some of the work, and in some ways exacerbated by the fact that most industries have moved to a work-from-home format.

With the COVID-19 pandemic shuttering many in-person services, the reports leave questions around what is "viable in the marketplace," according to Marjorie Parker, president of Jobs First NYC, a nonprofit that has been involved in bridge programming, but did not author a report in the series. "So many of these communities lack broadband access and folks that need to sign on to training don't have high speed internet," Parker said. "So how these translate into remote training and learning is something that we will have to discuss."

Regionally-based development projects that fall under the rubric of revitalization can fail to bring job opportunities to local residents, as was the case with the reconstruction of Sunset Park's waterfront, the focus of another study delivered to EDC, by Opportunities for a Better Tomorrow and Perch Advisors.

"One of the things we've seen as we've invested in advanced manufacturing and built up our waterfront assets across the city is that there is a tremendous amount of residents nearby -- and those are huge employment centers," said Greene of EDC. "Often the demographics in those areas reflect some of the challenges of the city...folks don't have the education level that allow them to readily get into new jobs."

"So you have to not only do the outreach so that they are aware of the jobs but you need to be, on a dedicated basis,” she said, “working with local organizations to connect those folks to workforce training opportunities so that they can get to those jobs.”