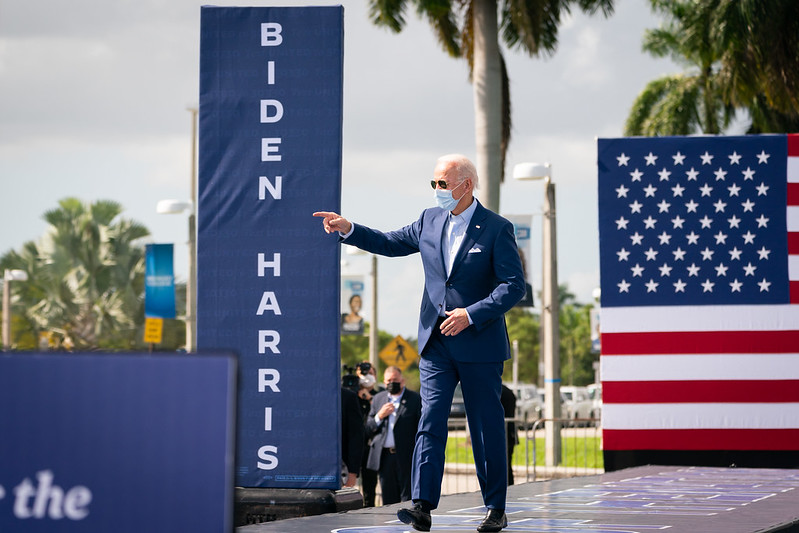 New York City's long-awaited election results were finally certified Tuesday, four weeks after polls closed and just past the state's statutory deadline, making the five boroughs one of the last jurisdictions in the country to finalize the 2020 count.

The results show that, in a year with significantly more ballots cast and massive changes in party alignments, the Democratic Party made barely any gains in presidential turnout, while the smaller, more progressive Working Families Party made huge strides as it successfully fought to keep its ballot line in New York. Republican President Donald Trump, while deeply unpopular overall in his home city, actually increased his vote share from 2016, particularly from parts of the Bronx, Brooklyn, and Queens.

Biden won the state of New York by a 60%-38% margin; compared to Clinton’s 58.8%-37.5% win in 2016, meaning that while Biden did worse than Clinton in the five boroughs he outperformed her outside the city.

While a Biden-Harris sweep was a foregone conclusion in the heavily ‘blue’ city, where registered Democrats outnumber Republicans eight to one, the final results sealed a number of consequential victories up and down the ballot, including in a few close races. There will be many new members of the State Legislature and House of Representatives, most of whom sailed in the general election after tough primary wins.

Some turnout trends reflect an electorate responding to the unique circumstances -- political and epidemiological, local and national -- surrounding the controversial 2020 election. And while the number of voters who cast ballots was way up from 2016 and several prior presidential elections, the turnout rate -- the percentage of registered voters who cast ballots -- did not move significantly.

Amid the coronavirus outbreak and major changes to traditional voting, including a universal absentee balloting option, turnout in New York City was the highest it has been in decades. A total of roughly 3.07 million ballots cast, over 300,000 more than in 2016, the greatest increase of any election cycle in the last 20 years and edging out the huge turnout leap between 2012 and 2016.

This year, 55% of registered voters cast ballots in New York City, one point lower than in 2016.

The final tallies reveal that despite the significant jump in voter participation, votes cast in New York City for president on the Democratic Party ballot line barely moved from four years ago: Joe Biden and Kamala Harris netted just 4,730 more votes than Hillary Clinton and Tim Kaine in 2016, a .2% change.

The numbers indicate that the voter movement was split between additional votes for Trump-Pence and Biden-Harris on the Working Families Party (WFP) ballot line, which both saw increases of more than 100,000 votes in New York City.

Dozens of Democratic candidates, officials, and activists encouraged voters to choose Biden-Harris on the WFP line as the party, like others in the state, had to meet new statewide thresholds in order to keep its automatic ballot position. It was one of just two smaller parties, along with the Conservative Party, where Trump was the nominee, that survived.

The WFP handily broke the new and controversial vote threshold, mostly from city voters, as did the Conservative Party, mostly from upstate and Long Island. Both will retain their ballot lines over the next two years. The Green, Libertarian, Independence, and SAM parties -- some of which have been mainstays on the ballot for decades -- did not fare as well and will have to achieve new petition thresholds to put candidates on the ballot.

New York City also saw some historic down-ballot wins, including the election of City Council Member Ritchie Torres, a Bronx Democrat, to Congress. Torres, who is Afro-Latino, and Mondaire Jones, another Democrat, who prevailed in Westchester County, will be the first Black openly gay members of Congress.

Democratic City Council Member Donovan Richards won the Queens borough presidency against an active Republican challenger, after securing the Democratic nomination in June, and was quickly sworn into office Wednesday given that Sharon Lee had been holding the post temporarily since Melinda Katz stepped down after being elected Queens District Attorney. Richards is the first Black man to become Queens Borough President.

Several members of the New York City Democratic Socialists of America chapter won their general elections for the State Legislature after prevailing in competitive primaries in Brooklyn and Queens, and will head to Albany to try to pull the Legislature further left. After unseating longtime Rep. Eliot Engel in the primary earlier this year, DSA-backed Jamaal Bowman finalized his ticket to Congress representing the Bronx and Westchester. And DSA standard-bearer Rep. Alexandria Ocasio-Cortez won a second term after facing well-funded primary and general election challengers in her Bronx and Queens district.

With all counties in New York State having finalized results as of Wednesday, the State Board of Canvassers is scheduled to meet Thursday to certify the statewide results, according to a spokesperson for the state BOE. The close race between Democratic Rep. Anthony Brindisi and his Republican challenger, Claudia Tenney, in Congressional District 22 in central New York will not be part of the certification due to ongoing litigation. New York State was the 42nd state to certify the election.

The deadline for state to select electors to the Electoral College is December 14, and the electors, including Governor Andrew Cuomo and many other prominent current and former officials, are currently scheduled to meet in Albany that day.

President Donald Trump and Vice President Mike Pence received close to 692,000 votes, or 23% of the total, in New York City this year, an increase of nearly 200,000 votes over their performance in 2016. The leap in Trump votes was almost entirely on the Republican line, while he received a roughly 10,000-vote boost on the Conservative Party line compared to 2016, a 25% increase. Statewide, Trump received 2.9 million votes on the Republican line and 296,000 on the Conservative line.

The totals placed the WFP and Conservative Party above the 130,000 voter or 2% (whichever is higher) cutoff set by Governor Andrew Cuomo and the state Legislature earlier this year. That cutoff was ultimately roughly 173,000 votes, which was 2% of the total 8.6 million votes for president cast across the state.

The new thresholds were first set by a commission, which was selected by Cuomo and the two legislative majority leaders and included state Democratic Party Chair Jay Jacobs, a close Cuomo ally, but were thrown out in court, and then enacted by the governor and Legislature earlier this year. They have been criticized as an attempt to kneecap minor parties, especially the WFP, which has been a thorn in Cuomo’s side, including by supporting Cynthia Nixon’s Democratic primary challenge to him in 2018, before Cuomo then appeared on the WFP ballot line for the general election for the third time.

Jacobs and others acknowledged that the effort was indeed meant to make “real” political parties prove themselves, given the old threshold was 50,000 votes in each gubernatorial election.

Other minor parties like the Greens and Libertarians, which historically have not cross-endorsed major-party tickets, did not break 12,000 votes this year, which was an especially bad year for minor party presidential candidates after 2016 was a particularly strong year for them across the country. The Green Party in particular was decimated this year, having lost about 25,000 votes from its presidential tally in New York City, roughly two-thirds of its 2016 showing in the city.

Turnout for the Libertarian Party in the city was relatively unchanged but the total number of votes the Libertarian presidential nominee, Jo Jorgensen, received on any party line was roughly halved from 2016; that year, Libertarian nominee Gary Johnson won more than two-thirds of his New York City vote on the Independence Party line. The Independence Party, which unlike 2016 did not cross-endorse the Libertarian ticket in the general election, barely cracked 2,500 votes for Brock Pierce, a dramatic if relatively short fall from the 19,000 votes the party received citywide four years ago.

Despite the fact that since 2016 Democrats added 405,000 new registered voters to the party rolls in the five boroughs, the party only added the 4,730 votes to its 2016 city total won by Clinton. Many Democratic voters appeared to have voted for Biden on the WFP line. As of November 1, there were only 15,750 voters in New York City actually registered with the WFP, down about 1,000 over four years.

Meanwhile, Republican voter enrollment in the city increased by about 61,000 over the last four years, but Trump saw his vote total jump by about 100,000 overall, including by 187,000 on the GOP line alone.

Kanye West, the rapper, producer, and occasional ally of Donald Trump, received 927 write-in votes for president citywide, the most of any unaffiliated candidate.

At the borough level, Biden won in all but Staten Island, where turnout increased by about 36,000 votes, or roughly 20%. But on Staten Island, Trump received about 15,000 fewer votes than in 2016, indicating Biden’s relative popularity on the island compared to Clinton and Trump’s improved performance over 2016 in some parts of the other boroughs. The margin was still wide, though, with Trump winning 61.6% of the Staten Island vote to Biden’s 37.6%.

Trump did especially well in areas of Brooklyn with large Orthodox Jewish populations and in other parts of Brooklyn, Queens, and the Bronx with higher concentrations of white voters. He also appears to have picked up votes in some Hispanic-heavy areas of the city, mirroring a trend seen elsewhere in the country.

Down-Ballot Races
In Congressional District 11, which covers Staten Island and parts of southern Brooklyn, Assemblymember Nicole Malliotakis beat incumbent Rep. Max Rose to flip the city's only Congressional swing district back to Republicans, who typically have held the seat. The final count was 155,586 votes for Malliotakis and 137,165 for Rose, or 53.15% to 46.85%. Rose ran ahead of Biden in the district and on Staten Island alone, likely indicating some share of Trump-Rose voters who split their ticket.

In the state Legislature, Democratic State Senator Andrew Gounardes, a Democrat representing a swing district in southern Brooklyn, won reelection in a relatively close race with Republican Vito Bruno by fewer than 4,000 votes. Gounardes received 51.8% of the total with just over 51,000 votes, but did increase his margin from his narrow 2018 victory over then-incumbent Senator Martin Golden.

Overall turnout in Brooklyn increased by close to 110,000 votes, or roughly 14%.

In the election for Queens Borough President, Council Member Richards, the Democratic nominee, defeated Republican Joann Ariola with 69.8% of the vote -- 519,000 to 206,000.

Note: this article has been updated to correct the vote totals in NY-11.