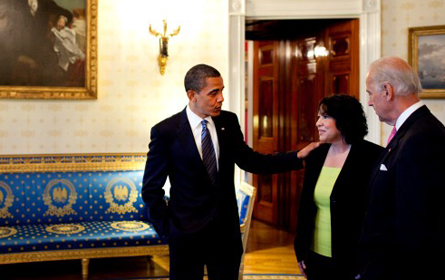 
While domestic violence exists throughout American society, it presents a particularly daunting problem in immigrant communities. Cultural mores, language barriers and fear of immigration officials keep many abused partners from getting the help they need. The city government and several private organizations are trying to change that. Read more.

Although there is debate over whether Sonia Sotomayor's parents are immigrants -- they came from Puerto Rico -- little doubt exists that many immigrants cheered the Bronx native's nomination to the Supreme Court by President Barack Obama.

"Sotomayor represents the aspiration of immigrants currently in the U.S.," said Columbus Caribbean. "Her background is not atypical of many first generation born Caribbean immigrants who have parents of humble roots... Her mother, who worked as a nurse, a popular career choice for many Caribbean immigrants, raised her and nurtured her passion for learning."

"This is a Jackie Robinson moment," Assemblymember Adriano Espaillat, the first Dominican elected to the New York Legislature, told the Times. "Puerto Ricans, who have been Hispanic pioneers in so many fields in this country, have broken another barrier for all of us." 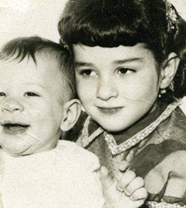 New Jersey Sen. Robert Menendez, himself the son of Cuban immigrants, said Sotomayor's choice would help "diversify a bench that has never truly reflected the diversity of our society."

Amid the praise for Sotomayor's selection, however, a few commentators raised the issue of immigration reform and noted the Obama administration has still not acted to change the country's immigration laws.

Saying Latino groups have been "grumbling somewhat" about "the fact that immigration reform doesn't appear to be on the White House's front-burner," Chuck Todd of NBC continued, "This pick buys Obama A LOT of time with Hispanics... on immigration and other issues."

Meanwhile, in Sotomayor's home town of New York, immigrants prepared for the upcoming City Council races, grappled with the continuing economic recession, worked to oust a member of the city's Commission on Women's Issues and helped West Point cadets learn English. These and other stories from the Spanish, Bangladeshi, Russian, Polish, Korean and Chinese press, via our partner, Voices that Must be Heard:

The Sotomayor Nomination, El Diario / La Prensa
Among many other things, the story of Sonia Sotomayor, nominated to the Supreme Court by President Barack Obama, is the story of the generation that left the homeland blind in the faith that their children would have a better shot here in the United States. Her story has particular resonance for Latina women who struggled for their children's success.

Koreans Push to Elect City Councilmember, Korea Times
As four Korean-Americans run for City Council seats -- and hope to become the first Koreans on the council -- the NY Korea Times spoke with community leaders about the candidates, the issues and the election.

Kelly Denies Watching Mosques, Weekly Thikana
With imams and Muslim devotees concerned that mosques might be under police watch, Police Commissioner Ray Kelly told Bangladeshi Muslims in a Brooklyn mosque that the police are not immigration agents and that no mosques are under police surveillance.

Mexican Community Pushed for Official's Resignation, El Diario de Mexico
The Mexican-American community scored a victory in their successful push to oust Betsy Perry, who was appointed to the city Commission on Women's Issues by Mayor Michael Bloomberg. Perry, who had written a column calling Mexicans "bandit swine flu carriers," among other insults, resigned.

Fleeing Recession, Irish Come Here, Irish Voice
As bad as the economy may be here, it's worse in Ireland, prompting an increase in young undocumented Irish workers in the area. Many want change in immigration law to allow them to work in the United States.

In Tough Times, Some Bangladeshis Turn to Gambling, Weekly Thikana
Despite the arrests of three chronic gamblers, unauthorized gambling joints are popping up in New York City neighborhoods with a strong Bangladeshi presence as many Bangladeshis look to betting to supplement their earnings or to make a living.

Recession Forces Some Immigrants to the Streets, El Diario de Mexico
For years many immigrants with jobs providing a regular income could turn up their noses at odd jobs. Now, the situation is so precarious for some that they seek out that work and have even lost their homes.

With Suicide Increasing, Few Counseling Centers Serve Koreans, Korea Times
The economic depression and difficulties of immigrant life have sparked an increase in suicides among New York's Korean community. Meanwhile, New York has only three nonprofit treatment facilities for Koreans, leading to waits of up to three months for an appointment.

Mentoring Mexican-American Children, El Diario de Mexico
For nearly a decade, a volunteer task force of young Mexican-Americans has worked to identify low-income children in immigrant families and connect them to role models in the hopes of building bridges between the Mexican community and the educational system.

In Chinese Community, School Report Card Get Low Marks, Sing Tao
Many Chinese parents pay little attention to the report cards the Department of Education issues on each school because of their weak stance on student academic performance.

West Point Cadets Practice Russian in Brighton Beach, V Novom Svete
People in Brighton Beach recently were surprised to see large groups of cadets from the U.S. Military Academy at West Point. The students were not there simply to enjoy the boardwalk. Under an agreement with the Shorefront Y Jewish Center, West Point periodically sends students studying Russian to practice the language with Russian-speaking residents of Brighton Beach and Manhattan Beach.