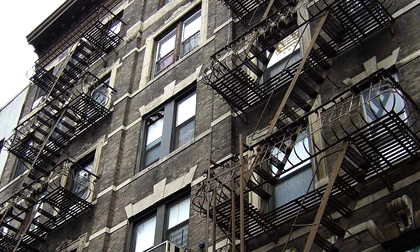 The City Council voted on March 26 to add another category of people to those already protected from discrimination in housing. Now, the Administrative Code will ban housing discrimination based on "source of income." Landlords will no longer be able to deny access to housing on the basis of type of income, provided the income is from a lawful source.

The intention of the bill and the immediate effect is to ban rejection of low-income tenants or potential tenants who possess Section 8 housing vouchers. Financial need will now join race, gender, marital status, sexual preference, ethnicity and age as factors that a property owner cannot consider in deciding whether or not to rent to an individual or a family, assuming the prospective tenant is otherwise eligible and has a documented lawful source of income.

The City Council ovverrode the mayor's veto by a vote of 44 to 7.

Until now, according to the Council's Report of the Governmental Affairs Division, Committee on General Welfare, it has been common for landlords to refuse to rent apartments to otherwise eligible apartment seekers who have the vouchers. The Section 8 program is meant to assure that a qualified tenant or family does not pay more than 30 percent of income for housing.

While focusing on New Yorkers in the Section 8 program, the new law would not allow a landlord to discriminate against people who receive Social Security, public assistance or other lawful sources of income. The legislation covers various types of housing provided there are six or more units, and it applies to incoming tenants and to those already in a home but whose economic circumstances may have changed after they moved in.

"This is a common sense law that will help more New Yorkers find housing that they can afford," said Councilmember Bill de Blasio of Brooklyn, who introduced the measure.

After the City Council overwhelmingly passed the bill last month, Mayor Michael Bloomberg vetoed it. The mayor apparently thought the measure was too restrictive of business. "The onus," he wrote when he vetoed the bill, "should be on government to make the program more attractive for private sector participation, not the other way around."

In an e-mail in February, a mayoral spokesperson called the City Council bill a "solution in search of a problem." It said the administration wants to reduce bureaucratic hurdles in the Section 8 program so landlords want to accept the vouchers, rather than create legislation that targets landlords.

De Blasio, the chairman of the Committee on General Welfare, criticized the veto. "It's unfortunate that at a time when New Yorkers are suffering the burdens of high rent and an economic downturn, that the mayor vetoed legislation designed to protect low-income families," he said.

The council's report found that protecting people from discrimination on the basis of their source of income would "benefit prospective tenants, landlords and housing authorities." Tenants, it said, would " have a greater chance of finding affordable housing and can seek redress from housing discrimination," while landlords would "gain tenants who have strong incentives to be model tenants." In addition, because the local housing authority guarantees timely payment of rent for Section 8 recipients, landlords know they will be paid.

Despite this change to the City's Human Rights Law, the Section 8 program still faces problems. Most seriously, the number of the vouchers is limited by the funds provided by the federal government. For the last 12 years, no vouchers have been available except for victims of domestic violence, homeless people and other priority candidates who need housing on an emergency basis. In fact, except for a small window that was open in 2007, federal funding cuts have closed the list to all non-emergency applicants. For this reason, the people actually protected by the new city law -- at least for now -- will be primarily those who already had vouchers, but were unable to use them because landlords would not accept them.