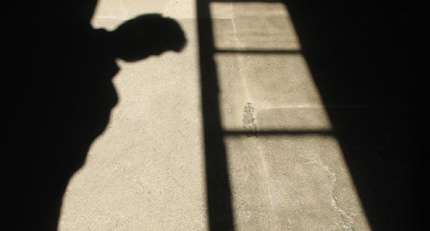 Young New Yorkers who are defined by themselves or others as LGBTQ - lesbian, gay, bisexual, transgender or questioning their identity - are often at risk for mental, emotional and physical harm in school, at home, and in social and employment situations. They may experience discrimination, harassment, bullying and violence because of their sexuality, sexual preference and personal style. The risks these teens face in state-run residences, including correctional facilities, can be particularly daunting and dangerous.

Cutting Prisons, Keeping Prisoners: Crime and the number of felons are down in New York, but the state continues to keep its prisons open, eating up money that could be used for drug treatment, better supervision of released offenders and improving parole.

Rating Health Care Behind Bars: The city recently renewed its contract with the company that provides health care on Riker's Island -- even though the provider has repeatedly failed to meet the city's own standards.

How to Reform Juvenile Justice: While applauding steps the city has made to improve its treatment of young offenders, much remains to be done, an advocate writes. Now, she argues, the city must close detention facilities and reduce the glaring racial disparities in the system.

Keeping Young People out of Jail: In six years, New York City has greatly reduced the number of young offenders held in detention. The city's director of juvenile justice describes what's been done and what the administration plans to do next.

"All adolescents experience developmental and social challenges," the policy statement said. "However, LGBTQ youth frequently face additional pressures based on their gender identity or sexual orientation."

As a result, the policy states, "The majority of LGBTQ youth report alcohol and drug use as common mechanisms for coping with feelings of severe isolation," additional and typical risks, which presumably must now be addressed."

The Office of Children and Family Services policy, though, goes beyond simply prohibiting discrimination. It also seeks to make these young people more comfortable with their identities.

For example, it states, "Clinicians should help LGBTQ youth explore their feelings about their gender identity or sexual orientation, along with related issues and questions, in a safe, affirming manner. Clinicians should help youth reduce co-occurring problems or distress related to their gender identity or sexual orientation, and develop their strengths, coping skills, and resiliency."

LGBTQ Decision-making Committees will have to be established in all facilities. Placement in specialized lesbian, gay of transgender units and facilities will be considered, where appropriate, for individual youth. Also, health care clinicians shall not assume any pathology simply because a youth expresses a particular gender identity or sexual orientation.

In other medical issues, those who may be taking hormones, perhaps in the context of gender reassignment, will be treated in accord with the protocols for the continuation of other prescribed medications.

Staff members have been instructed to use politically correct language and that "homosexual" or "transvestite" are "antiquated and have been replaced with "gay," "lesbian," "bisexual" and "transgender." Morever, each individual may choose a new first name and their preferred pronoun for self-reference. Staff must use those names and pronouns. Residents may wear undergarments of their choice regardless of gender, although uniforms are required for outer clothing. Finally, transgender youth have a right to one-person sleeping quarters and individual showers "to allow for privacy." Presumably that avoids the designation of male or female quarters.

Transgender youth may request either a male or female staff member to perform any necessary strip searches. The request "will be accommodated, whenever possible, considering staffing and safety needs."

CASHING IN ON CRIME

Crime doesn't pay, but those convicted of it do. The consequences of criminal convictions have increased, at least financially, in the form of both new and increased victims' assistance fees, fines and mandatory surcharges imposed on defendants.

After every conviction in a criminal case, the defendant is informed of his or her sentence, right to appeal, possible post-incarceration supervision and how much it will cost in U.S. currency. The mandatory element of the law means that the sentencing judge has no discretion to waive or reduce the amount, even if a defendant is indigent or unable to pay. The charges can, however, be deferred until, for example, the individual is released from prison or jail.

Fees and charges apply whether the offense is a felony, misdemeanor or violation. Felons must pay a mandatory surcharge of $300. A misdemeanor conviction will cost $175, and a violation $95. In addition, both felonies and misdemeanors carry a crime victim assistance fee of $25. There are additional penal law fees imposed on sex offenders that can be as high as $1,000 and a DNA databank fee. Most vehicle and traffic law convictions, although not governed by the penal law, carry mandatory fines.

According to Alan Rosenthal, the director of justice strategies at the Center for Community Alternatives, a statewide organization serving former offenders, the fees and charges "create real barriers to a person's re-entry [following incarceration]. These things are counterproductive to the goal of public safety, they cause road blocks."

Sarah From, director of public policy and communications for the Women's Prison Association points out that women who are released from prison on parole, or who may have been sentenced to probation, depend on public benefits, which are not sufficient to cover the fines and charges. Many live in shelters or face eviction, are unemployed and almost always have dependent children. Some who work may earn only $25 a day in transitional employment programs.

These women usually do not have sufficient income to come up with the money owed back to the state in the form of surcharges and fees that were, in effect, part of their sentence following guilty pleas or convictions. Those who go to court to seek additional time to pay the money owed may lose a job or a day's pay. Failure to make payments can result in parole violations meaning a return to prison.

From says the fees are often found to be "confusing, persistent and unnecessarily burdensome."

In addition, Rosenthal points out that many employers now check credit histories as well as criminal records. For people who have police records and also have been unable to pay money to the state, "it is a deadly combination." In fact, Rosenthal says, the entire scheme of financial consequences, "can lead to more crime. Here, we are using the criminal justice system not to improve public safety, but for revenue; these are measure that undermine public safety."

Many states are increasing their reliance on financial penalties, according to David Udell, director of the Justice Program at the Brennan Center at NYU School of Law, who is studying the issue. He cautions, "As fines increase, no one is looking at recidivism." Udell argues that "loading debt onto people who are in the system in the first place due to lack of financial resources" overlooks the risk of further crime while focusing on the revenue generated by the fees and charges.

Gov. David Paterson signed the new law in the final hours before the April budget deadline, but state legislators and monitors of criminal justice legislation say that they were unaware that the changes were pending until they were enacted. Rosenthal, for example, said, "Most of the legislature was in the dark until the last second, but obviously not Paterson, [Senate Majority Leader Joe] Bruno and [Assembly Speaker Sheldon] Silver." Citing a press release issued by the governor's office, projecting a $40 million addition to the state treasury from new and increased fees, Rosenthal said, "It's absolutely for revenue, pure and simple. It has nothing to do with public safety or crime control. It's easier than raising taxes."

Brooklyn Assemblymember Hakeem Jeffries said he plans to introduce legislation that "would give judges would give judges discretion to waive fees and surcharges when it is clear there is an inability to pay. Forcing an individual into further debt will undermine reintegration into society."

In the meantime, the new financial consequences go into effect this summer.

New York's death penalty is dead. That is the opinion of legislators and Albany observers. Following the Court of Appeal's striking down of the state's capital punishment statute in People v LaValle, efforts to enact a new law have met with little support, and less enthusiasm. The Assembly Codes Committee had two new death penalty bills before it, but did not release them for consideration and vote by the entire Assembly.

Whether this reflects a growing public discomfort with capital punishment or a change for economic or moral reasons, Codes Committee Chairman Joseph Lentol told the New York Law Journal, "You just don't hear the same kind of clamoring on the landscape of America for the death penalty and that's true also for the State of New York."

Responding to the change, Attorney General Andrew Cuomo, said, "I feel a sadness that it has been so hard for us to free ourselves from capital punishment."

Meanwhile, the Senate has approved a bill to restore the death penalty for defendants convicted of killing on-duty police and correction officers. Despite a vote of 36 to 23 in favor of the bill, there is no possibility of it becoming law without the Assembly.

In comments to the New York Law Journal, Senator George Maziarz, a Republican of Niagra Falls, blamed the "narrow-mindeness" of Assembly Democrats for the demise of the death penalty.