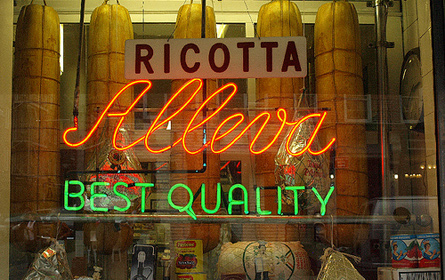 The City Council offered small businesses their own version of the first amendment yesterday by requiring every city inspector give shop owners a business bill of rights during city inspections.

The bill, approved unanimously by the council, is one part of Council Speaker Christine Quinn's agenda this year to snip away at red tape for the city's small businesses.

The (Intro 118) bill of rights will notify business owners of their right to consistent enforcement of agency rules and to appeal violations. It also will notify owners that inspectors must behave in a professional and courteous manner, be able to answer reasonable questions relating to the inspection and be knowledgeable on the city laws and regulations.

"By passing this legislation we will cut away at red tape that can often strangle small business in our city and will make the process of complying with city regulations more business and user friendly and much more accessible," said Quinn.

The city already has established a bill of rights for passengers of livery and yellow cabs. Council officials say putting a similar document in business owners' hands will assure they are protected from any unscrupulous city inspectors.

It may be no freedom of speech or religion, but the city's business leaders say the measure is a step in the right direction.

"It’s a great first step," said Brooklyn Chamber of Commerce President and Chief Executive Carl Hum. "Business owners are going to realize, 'I can contest this bill [from the city] and I can contest this violation, or I have the right to actually complain about an inspector.' It is a very empowering initiative."

After the parks department installed crumb rubber turf in an East Harlem park, leading to elevated lead levels, council officials said it was time to monitor what went into city playgrounds and fields.

So the council approved legislation (Intro 123) Wednesday to establish an advisory panel that will examine materials used in city parks and playgrounds. The panel will not have veto power over what materials the Department of Parks and Recreation can actually use, but will provide the agency with recommendations.

The eight-member panel, half appointed by the mayor and half from the speaker, will report to the department every six months. No new material can be installed without a review from the panel.

The council also voted to give landmark status to the West Park Presbyterian Church on the Upper West Side. The status was approved by a vote of 47 to 2, with council members Vincent Ignizio and Peter Koo voting no.

Leaders of the church, which is 116 years old and is an example of Romanesque Revival architecture, opposed the status, and had wanted to tear down part of the structure for development.

Ignizio said the city should defer to the property owner during landmarking disputes.

The council unanimously approved a small revision (Intro 66) to its 421-a affordable housing program to allow developers to receive benefits faster.

Currently, a developer must file several different permits to prove construction has started and to trigger the receipt of tax exemptions. The revision would no longer force developers to show plumbing permits, which they argue are issued later in construction. The revision will affect projects as far back as January 2008.