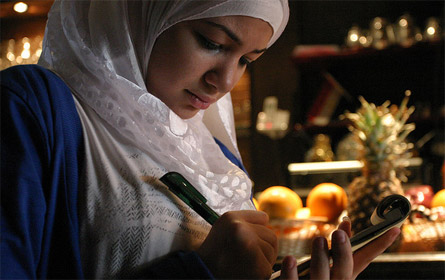 When Mayor Michael Bloomberg strongly defended the proposed Islamic community center and mosque near Ground Zero last August even as polls showed most New Yorkers opposed the project, he garnered some favorable media coverage and praise for his stance.

A New York Times editorial called Bloomberg "the leader with the courage to make the case" for the center. Tom Robbins, a Village Voice columnist and frequent critic of the mayor, wrote, "Mike Bloomberg did a brave and good deed for this city" when he spoke out in favor of the project, known as Park 51. Errol Louis called Bloomberg's speech on Governors Island defending the proposed center "the finest speech of his career." And the New York chapter of the Council on American-Islamic Relations, a Muslim civil rights organization, praised Bloomberg for "defending the rights of Muslims and other Americans to build houses of worship."

The mosque, while significant, is just one issue. Beyond that, many Muslim groups, faith leaders and activists who have applauded Bloomberg's forceful defense of Park 51 say his administration has had a mixed and at times disappointing track record on policies affecting the Muslim community. Among other issues, they cite his failure to speak out on proposals for other mosques around the city, his refusal to provide a school holiday for Muslim holy days and the attitude of the police department toward Muslims in the city.

"We appreciate that Bloomberg came out and took a stand in a very difficult political moment, particularly a backlash against Muslim communities," said Monami Maulik, the executive director of Desis Rising Up and Moving, a grassroots activist group serving the South Asian community. "On the other hand, we also saw it as window dressing in many ways because the bottom line is that it's the policies and practices that the administration puts in place that affects the members of our community day to day."

A Range of Concerns

An estimated 800,000 Muslims live in the city, and their numbers are growing. Not surprisingly, they have an array of concerns -- extending far beyond a mosque in lower Manhattan. Interviews with a wide array of Muslim community leaders indicate that the Bloomberg administration and the city's Muslim community have a complicated and nuanced relationship.

"It is a work in progress," said Adem Carroll, the former executive director of the Muslim Consultative Network and the former coordinator for the Islamic Circle of North America's 9/11 relief program. "He has hired some Muslims as commissioners who work very hard at being liaisons. He himself does not visit our community members very much, at least that's the perception."

Robina Niaz, the founder and executive director of Turning Point for Women and Families, a non-profit organization that seeks to address domestic violence within the Muslim community, said she has seen a "marked change in the last several months" toward the positive in how Bloomberg is perceived in the Muslim community.

Imam Al-Hajj Talib 'Abdur-Rashid, an African-American leader at the Mosque of Islamic Brotherhood in Harlem, describes the relationship between the Bloomberg administration and the Muslim community as "strained." But he said, "There has been a demonstration of some political sensitivity on the part of that administration toward some issues of importance to the Muslim community." For example, 'Abdur-Rashid said, after a September 2009 fire badly damaged a mosque in the Bronx that served a large West African Muslim community, "the Bloomberg administration was a great help and assistance to them, helping them to find a temporary place to worship."

However, a consensus exists that the Bloomberg administration needs to reach out more to the Muslim community, especially in a difficult political climate for Muslims.

"Just because he supported Imam Feisal Abdul Rauf and Park 51, that doesn’t mean every other issue should be taken off the burner," said Niaz.

In an interview, Fatima Shama, a Palestinian-American Muslim who is the commissioner for immigrant affairs under the Bloomberg administration, forcefully defended the administration's efforts.

Bloomberg "has engaged with the Muslim community more than any other mayor in this city," said Shama, noting that she was the first Muslim hired to be commissioner of immigrant affairs. Shama also pointed out that Bloomberg holds an annual Iftar dinner, to mark the fast breaking during the Muslim holy month of Ramadan.

The Voice of Reason

With anti-Muslim prejudice seemingly on the rise across the country, many Muslims in New York would like the mayor to go beyond his speech on the mosque and community center near Ground Zero. In particular, they wish he would speak out on the battles over proposed mosques elsewhere in the city. In the Midland Beach neighborhood of Staten Island, the board of a Catholic Church blocked plans for a proposed mosque when, in the face of harsh condemnation, they refused to sell a vacant convent to a Muslim organization. In Sheepshead Bay, Brooklyn, a proposed mosque and community center has also sparked controversy.

"Bloomberg this time around chose to stand on the right side of history on the Park 51 controversy by making that eloquent speech, but I don't think that he should stop there. I think he's positioned uniquely as a mayor, as a national leader, to lead the charge against Islamophobia if he really wants to redeem himself in the eyes of Muslim New Yorkers considering that he's failed them a few times," said Debbie Almontaser, the founder and former principal of the Khalil Gibran International Academy, the city’s first dual-language Arabic public school.

In 2007, many Muslims and other New Yorkers believe, Almotaser fell victim of that prejudice when a right-wing campaign targeted the school and Almontaser. Following an article in the New York Post that claimed she "downplayed the significance" of T-shirts bearing the word "intifada," she was "forced to resign following a directive from Bloomberg, according to Almontaser. Earlier this year, the federal Equal Employment Opportunity Commission determined that the Department of Education discriminated against Almontaser and "succumbed to the very bias that the creation of the school intended to dispel."

Almontaser's resignation remains on the mind of many community leaders.

Perceptions of the mayor’s actions don't stop at New York's borders. While Bloomberg does not have a role in formulating foreign policy, many Muslim activists disapprovingly cited his staunch support for Israel, and specifically his January 2009 visit to Israel while the country waged an assault on the Gaza Strip in Palestine.

"His relationship with Israel, supporting Israel with no limits, hurts us," said Zein Rimawi, a member of the New York City-based Arab Muslim American Federation. "Don't forget: We are Arabs, we are Muslims, and the people in Gaza are Arabs and Muslims and we support them."

In addition, Muslim leaders have concern about New York Police Department counter-terrorism practices in the Bloomberg era. Civil rights organizations like CAIR-NY and DRUM have of police harassment of Muslims in New York.

Arguably the biggest irritant came when the police department released a 2007 report, titled Radicalization in the West: The Homegrown Threat. The report detailed the process by which it saw some American Muslims as being "radicalized" into terrorists and said that, while Americans Muslims are "more resistant to radicalization than their European counterparts, they are not immune."

The Council on American-Islamic Relations promptly criticized the report, saying, "Its sweeping generalizations and mixing of unrelated elements may serve to cast a pall of suspicion over the entire American Muslim community." In the wake of the report, the Muslim American Civil Liberties Coalition formed and critiqued the report for presenting "a distorted and misleading depiction of Islam and its adherents."

Following meetings with Muslim organizations, the police department quietly issued a two-page clarification that stressed that the "NYPD's focus on al Qaeda inspired terrorism should not be mistaken for any implicit or explicit justification for racial, religious or ethnic profiling."

While Muslim organizations welcomed the clarification, criticism of the report remains.

"It's not clear what the NYPD really thinks, because it's leaving the bulk of its assertions and its conclusions in place," said Faiza Patel, who works with the Brennan Center for Justice’s Liberty and National Security Project. The clarification "didn't address all of [the Muslim community's] concerns. The way it was done -- really kind of hidden there -- makes it seem as if the police department is talking out of two sides of its mouth."

The police did not respond to requests for comment. But Shama defended the department, saying it has many Muslims in the police force and also has a Muslim Officers Society whose mission includes promoting "a mutual understanding between the NYPD and the Muslim community."

"I don't think there are any broad brushes or generalizations in the report," said Shama, when asked about Muslim community leaders' criticism of the document. "But we do have a policy that if you see something, say something. â€¦ It's a new day in a new country," she said, referring to the post-9/11 world.

Bloomberg's opposition to closing public schools on two Muslim holidays -- Eid Ul-Fitr and Eid Ul-Adha -- disappointed many in the Muslim community -- particularly after the City Council approved the change in the school calendar. In July 2009, the New York City Council passed a nonbinding resolution calling for the inclusion of Eid Ul-Fitr and Eid Ul-Adha, two Muslim holidays, into the school calendar. Underscoring the issue, parent-teacher conferences this year are being held today, which is also Eid Ul-Adha.

The administration opposed the measure, saying that the school system can't celebrate every holiday. "One of the problems you have with a diverse city is that if you close the schools for every single holiday, there won’t be any school," Bloomberg has said.

Shama said the Bloomberg administration "absolutely listened to all the requests and concerns of the school holidays coalition" before taking its position. Despite that, 'Abdur-Rashid said, the administration stand "left a very bad taste in the mouths of many Muslims."

Faiza Ali, the director of community affairs for CAIR-NY, said her organization is still pursuing the issue. "We're looking to the leadership of the mayor and chancellorâ€¦[to] re-tool the school calendar to fit the needs of the community," she said.

Alex Kane blogs on Israel/Palestine and Islamophobia in the United States at http://alexbkane.wordpress.com/, and you can follow him on Twitter here. His work has also appeared in Mondoweiss, Salon, The Electronic Intifada, Common Dreams, Palestine Chronicle and Alternet. He is a former intern at the Gotham Gazette.