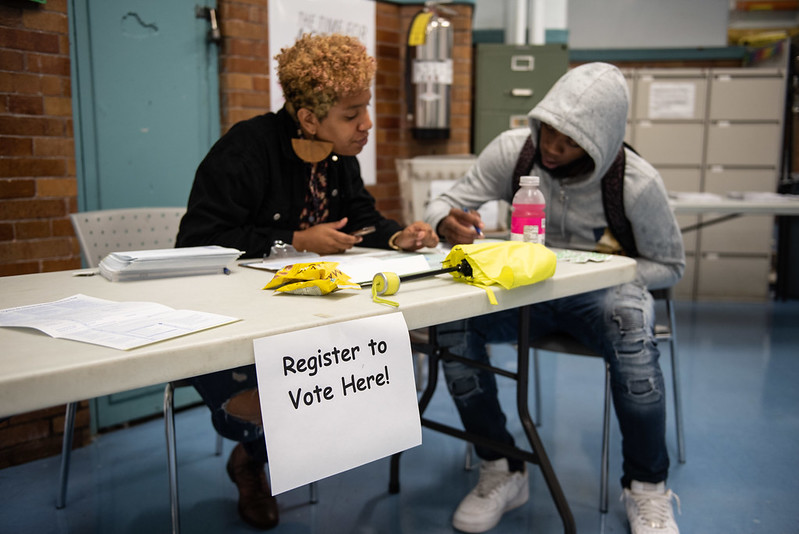 As New York City heads into the final stretch of the 2021 local primary elections, candidates will be working overtime for votes. If history serves as a guide, turnout will be low. While so much effort goes into registering people to vote and getting them to the polls, we should focus more on indirect measures that can have larger impacts. This includes shifting the local election cycle timing and teaching about civic engagement in our public schools.

The difference in voter turnout for a federal/state level election year versus a local only-level election year is not unique to New York City. Nationwide, pairing higher-profile elections with less-followed local races amplifies down-ballot voting by at least a factor or two. Notably, when Baltimore shifted its local and presidential elections to coincide in 2016, local voter turnout increased from 13% to 60%. New local ranked-choice voting (RCV) in New York City for primaries and special elections isn’t expected to significantly impact these outcomes on its own.

Low voter turnout has many negative consequences. One is basic math – the fewer people that vote in an election, the less likely it is that those elected will reflect the interests of the average constituent. To put this in perspective for New York City, many City Council races are decided by a differential of approximately 1,000 votes. This translates to around 1% of a district’s population determining the council member. For Mayor de Blasio, the turnout was higher, but still low – with about 1 out of every 7 registered voters in New York City voting for him for a second term.

Under these low voter turnout circumstances, another particular issue is that high-net worth individuals can amplify their influence on the local electoral process. This reduces the impact of the small-dollar public matching funds program, developed precisely to limit that kind of outcome.

With several special elections, larger primary candidate fields (thanks to the public matching system and perhaps also due to RCV), and expanded early voting, substantially more taxpayer money will be spent this year than usual. If voter turnout remains generally low this year, another adverse outcome is that this extra spending will not achieve the goal of incorporating the voices of more New Yorkers in the electoral process.

Combining elections at different levels of government in a single year and on the same election dates would not only substantially improve local civic engagement, but also offer cost savings. For a reference point, estimates predict reductions of $2.3 million every two years for holding a joint federal and state level primary in New York City.

While changing New York City election timing to even years to coincide with federal and state-level positions would be a huge step in the right direction, it is not the only missing piece of the voter turnout equation. Most voters lack a fundamental understanding of their local government, including how it operates, who is running it and running to serve in it, and how its actions affect their lives. RCV amplifies these education-related needs, so that voters study all of their primary and special election choices to be able to rank up to five candidates per race. At the same time, RCV is also expected to help encourage more candidate outreach to a wider swath of voters.

Though harder to quantify than other voter turnout efforts, the lack of basic civic education has real-world significance. In a December 2020 poll of Democratic Party voters in New York City, all of the issues they prioritized locally, to some degree, are impacted by New York City’s elected officials. Other metrics also help tell the story – as the city government’s 59 elected officials make choices that affect its 8.4 million residents, including about 325,000 city government employees, while overseeing a budget of more than $90 billion.

A classic example of local government confusion is the age-old question ‘Who runs the subways?’ Pre-pandemic, over 6 million people daily used the subways, with several million more on the buses. However, in a 2016 poll, 47% of respondents believed that the mayor was responsible for the transit system. Hint: That’s not correct.

The City has attempted to address education gaps in its public schools by introducing the Civics for All curriculum in 2018, which includes civic engagement-related material covering federal, state and local government. These materials allow educators to expand upon narrow, almost exclusively federally-focused civic education requirements in public schools.

On the downside, Civics for All is rather limited – with no requirements that schools institute the program. Funding to widely implement the program is also lacking. Mandating these civic education classes, with the accompanying financial support to do so effectively, would be a meaningful change in New York City.

New York City should also look toward prioritizing and expanding its participatory budgeting efforts, which allow youth ages 14+ to participate. This offers a real-world opportunity to create equity and civic engagement both pre-voting age and beyond the standard local election cycle. An analysis showed that when a New York City Council District adopted participatory budgeting, it spent more on schools, public housing, and streetscape improvements than it would have done otherwise.

When all the votes have been counted and the large sums of money have been spent on the 2021 New York City elections, we are likely to be left with the same persistently low voter turnout problems. We need to seriously address civic education and the timing of our elections if we’re going to notably change these outcomes. We know the way -- we just need to demand that elected officials have the will.

***
Nancy Holt, PhD leads Science for New York (Sci4NY), an effort that aims to bring local scientists and decision-makers together through project-based interaction. On Twitter @Sci4NY.