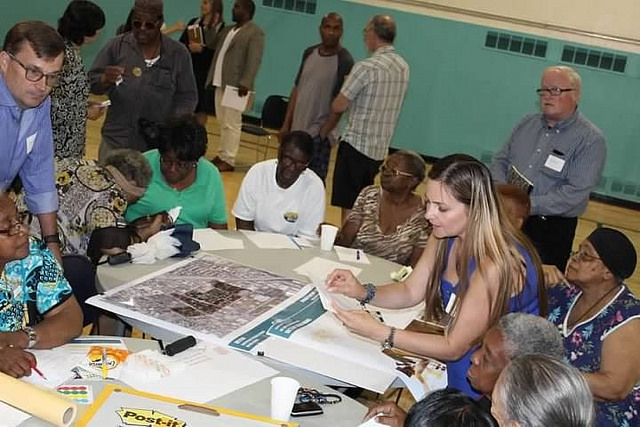 In 2014, in an interview about living conditions in public housing since Superstorm Sandy devastated the Rockaways, a tenant leader lamented, “...we were on the steps of City Hall today. I’m tired. I’m sick and tired having to come in the same spot to fight the same fight. It’s crazy that as public housing residents, we have to go through what we have to go through just for a decent place to live.” Another tenant leader later mused, “Where are the people that used to be here who had our best interests at heart?”

Fast-forward to 2018, and the Citywide Council of Presidents, an elected body representing over 400,000 tenants of the New York City Housing Authority (NYCHA), took the unprecedented step of suing the agency. Residents pointed to high-profile health and safety failures including a lapse in lead paint inspections with fraudulent reports to the contrary from former Chair Shola Olatoye and sporadic heat and hot water during a frigid winter.

Their claims have been robustly confirmed by a multi-year federal investigation into NYCHA’s operations, with the city and federal government entering a consent decree last week that commits $2.2 billion over 10 years, overseen by a court-appointed monitor. Tenant plaintiffs also allege that NYCHA has failed to include residents in policymaking, as U.S. Housing and Urban Development (HUD) guidelines mandate.

It is this sense of powerlessness and lack of political incorporation of tenants in NYCHA’s oft-described “city within a city” that I investigate in Rockaway, where almost 10,000 public housing residents live. New York City built extensive public housing along its waterfront throughout the twentieth century. Rockaway’s marginal location created an affordable landscape for building public housing, with beach bungalows torn down as slum clearance to make way for the developments between 1951 and 1973.

Today, 23 percent of Queens’ public housing is in Rockaway, versus only five percent of the population of this “borough of homeowners.” Rockaway has some of the highest percentages of income-restricted properties in New York City, incorporating almost one in three rental units.

Homeowners in Rockaway look askance at the concentration of public housing there, accusing the city of “dumping” unwanted poverty at their doorstep since at least the 1950s. Local homeowners told me, “All the housing projects...Rockaway has its burden and we have its share and it also kind of diminishes our ability to be politically active. It’s putting more people on us, diluting our ability to be strong,” and “If it’s bad, it’s NYCHA. If it’s the fix, it’s NYCHA. And if it’s the repair, it’s NYCHA.”

Faced with this antipathy, living with mold, mildew, leaks, and heat and hot water outages in crumbling, aging properties, tenants over the years developed pronounced political apathy, manifest in very low turnout in tenant council elections, absence at community recovery meetings, and lack of participation in advocates’ surveys of post-Sandy living conditions. “We could have gotten more than 600 people surveyed if people had faith or had hope or believed that something’s going to come of it,” one tenant council officer said.

My research shows that the disaster recovery experiences of NYCHA residents have been materially different than those of their neighbors who own homes or rent in the private-housing market. These disparities are the direct result of several detrimental factors and policies, including (1) the racialized, gendered, and classist stigma of living in public housing; (2) HUD regulations that stipulate tenants’ political power and channel it narrowly towards working with local public housing authorities; (3) an opaque status that allows NYCHA to operate without clear, accountable managerial and budgetary oversight at the state and local levels; and (4) the spatial isolation of NYCHA developments, which cuts public housing residents off from their neighbors and creates different environmental impacts from Sandy. Taken together, these constraints have isolated NYCHA residents from the political activism of their neighbors and limited their political power at every level of government.

After Sandy, for example, Rockaway public housing tenants lost easy access to polling places, suffered closure of community spaces and resident council offices, and felt NYCHA’s workforce development was insufficient to connect residents to post-Sandy reconstruction. They felt unwelcome at local community meetings, and recovery policy priorities – Build it Back, the reconstruction of the Rockaway Boardwalk – were mostly irrelevant to them. Residents thus experienced stigma from their political and social isolation, and a reduced capacity to vote, gather and share information, and pursue meaningful, accessible work.

While city, state, and federal officials fight over whether decades of budget cuts or chronic mismanagement is to blame for the decrepit living conditions at NYCHA, tenants have turned to the court system to claim their right to “decent, safe, and sanitary housing.” The New York Times reports mixed tenant views on whether federal oversight and substantial investment will make much difference. Yet, the consent decree affirms that NYCHA communities are worth fighting for. It also presents a critical opportunity to expand tenant organizing and empowerment within the developments and in their surrounding neighborhoods, using a combination of public-private funding and building on the work of advocacy organizations like Community Voices Heard that have long represented the low-income women, elderly, disabled, and families of color that disproportionately reside in public housing.

Expanding tenants’ rights and political power is as essential as managerial reforms and financial investments. As one Rockaway tenant council president put it, “Rockaway was built into six communities with presidents. If we all come together and say, ‘We got all these registered voters here. What are you going to do for us?’”

Another leader echoed this sentiment, “There’s enough people in NYCHA alone, in Rockaway, to overturn an election. I tell them...‘We all stand together. You can do anything you want.’”

***
Leigh Graham is an assistant professor of urban policy and planning at John Jay College of Criminal Justice and The Graduate Center, CUNY.