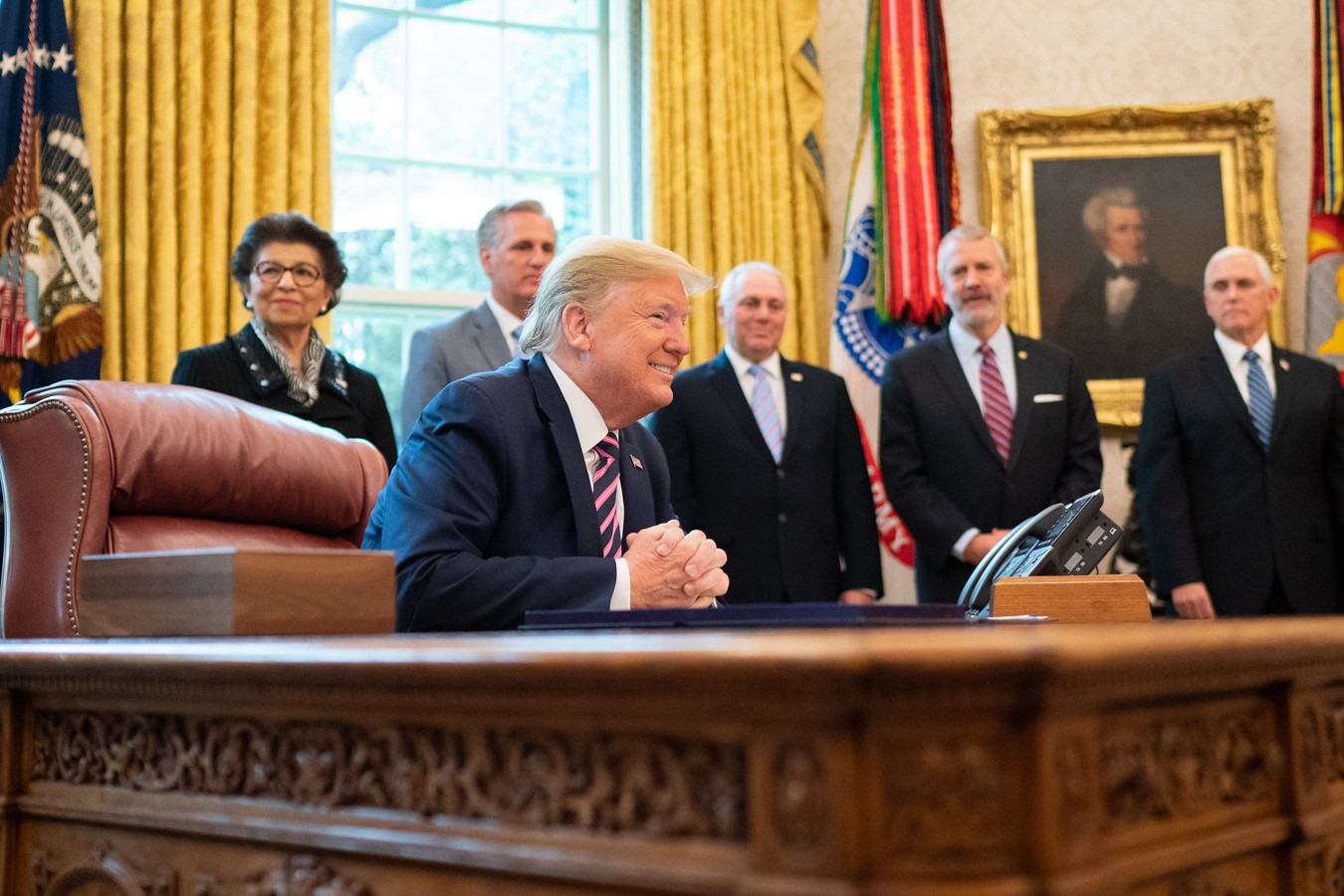 In late April, I  wrote a guest column regarding President Donald Trump’s firing of a federal Inspector General, threats to other IGs and the rule of law, and how New York City’s inspectors general system is a model, with no city IG removed for doing their job. Over the last weeks Trump has escalated his war on the nation’s watchdogs as a way of “draining the swamp,” or, in reality, removing independent oversight of him and his administration.

The following is an update of Trump’s attack on the independence and integrity of IGs after unsupported firings of three inspectors general and a political juggling act removing another IG. A total of four federal IGs are gone, one of which Trump first chastised before firing. Now, all federal IGs must be looking over their shoulders at a lurking president.

The mission of all inspectors general is to provide independent, objective oversight to improve the integrity, accountability, and performance of our government and to improve government programs, in part by recommending corrective actions and promoting high standards.

The 1978 Inspector General Act, supported by six Democratic and Republican presidents, mandates the importance of independent oversight. Since April 3 President Donald Trump did a spring IG housecleaning, ending independent oversight with retaliatory firings of three IGs after publicly flogging one and replacing another.

All four IGs felt Trump’s wrath while protecting our nation. An abuse of presidential power unheard of in 42 years, now rocking our government to the core with threats and suppression of our nation’s watchdogs from ferreting out waste, cronyism, fraud, and corruption. It is an egregious assault on good government, integrity and independence, especially after Congress appropriated trillions to fight a pandemic.

On May 15, State Department Inspector General Steve Linick was fired. Linick was reportedly investigating Secretary of State Mike Pompeo for having a State political appointee perform personal tasks for Pompeo and his wife. (In New York City, that’s a violation of the City Charter.)

These two investigations were halted by Trump’s unfounded firing, as urged by Pompeo, the target of the IG’s investigation. Pompeo said of Linick’s termination, “Frankly, should've done it some time ago.” Trump ratified this manipulation, incredibly saying, "Never even heard of Linick," but fired him because Pompeo “asked me to terminate him” and Linick “no longer had my full confidence.”

This is not the first time Trump used the ridiculous 'never heard of him' response when he himself was linked to wrongdoing and clearly knew the individual involved.

For instance: Lev Parness, Rudy Giuliani’s crony tied to the Ukraine scandal; Gordon Sondland, Ambassador to the European Union, a major donor to the Trump inauguration committee and a key impeachment witness; and sex trafficking kingpin Jeffrey Epstein; among others.

Although Linick is the latest to be axed, the IG massacre started on April 3 with the firing of Trump’s own appointee, Michael Atkinson, who was Inspector General at the Office of the Director of National Intelligence, for disloyalty. Atkinson, investigated the whistleblower’s complaint alleging Trump pressured the Ukraine president to investigate presidential candidate Joe Biden’s son. Atkinson was fired for doing his job and not revealing the whistleblower’s identity.

Then there is Glenn Fine, the Department of Defense’s acting Inspector General, who was selected by a Council of IGs, based upon Fine’s credentials and DOD title, to serve as Congress’ coronavirus special IG, wisely established by Congress in the $2.2 trillion CARES Act to ensure funds are not misspent for coronavirus relief efforts. Evidently, alarm bells went off at the White House with this oversight temporarily vested in a special IG not appointed by the president.

In a deft sleight of hand in the middle of the pandemic, Trump removed acting DoD IG Fine and replaced him with Sean O’Donnell, making O’Donnell the Council’s selection as the temporary coronavirus special IG since the appointment was tied to the DoD post, not the person. Additionally, O’Donnell continues to serve in two acting positions as Trump’s EPA IG and DoD IG.

Independence was the key watchword at Miller’s Senate confirmation hearing. Trump’s pick, currently a White House lawyer and formerly one of Trump's impeachment attorneys, loudly raised a number of Democratic senators’ voices, notwithstanding Miller, as Linick, Fine and Grimm, served in both Democratic and Republican administrations as a federal watchdog.

Miller promised the senators he wouldn’t “bend” for anyone in Trump’s orbit if confirmed. The Democratic senators were doubtful, as they and we should be.

Notwithstanding this whirlwind presidential power game of IG musical chairs, the burning question is: will Trump loyalists O’Donnell and Miller (once the Senate confirms him) aggressively investigate whether the coronavirus trillions are properly spent?

If they do, O’Donnell will be out of his acting Trump jobs, and for Miller, private practice looms.

What is critically at stake with Trump's political firings is the independence of inspectors general, which Trump ended by breaching the Act's clear intent.

Checking and balancing a presidential abuse of power rests with the Congress. Miller’s Senate confirmation must be used as the means to raise the issue of how to protect IGs from reprisals by a disgruntled and circling president. Unfortunately, politics will prevail, and Miller and other Trump IGs will be confirmed with no safeguards enacted.

Result: good government will suffer deeply -- it already has.

***
Arnold N. Kriss is an attorney in private practice, and a former NYPD Deputy Commissioner for Trials and Brooklyn Assistant District Attorney. On Twitter @ArnieKriss.