Metro North Owners LLC v Sonya Thorpe appears, at first, to be a typical New York City landlord-tenant case. But it has resulted in an atypical dismissal of the eviction proceeding in New York City Housing Court. 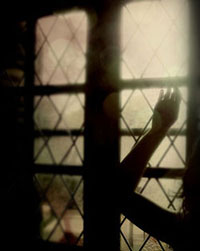 Metro North Owners LLC, the landlord of 420 East 102nd Street in Manhattan, had charged the tenant, Sonya Thorpe, who receives federal rent subsidizes under the federal Section 8 housing program, with violating her lease and so sought to remove her as a nuisance. The "nuisance" involved an alleged stabbing in the building in April 2008.

The tenant's lawyer, Gretchen Gonzalez of the Legal Aid Society, moved to dismiss the case without a trial or any testimony, arguing that there were no questions of fact to be resolved at a trial and that the law required dismissal of the eviction proceedings at the pretrial stage. Under the federal Violence Against Women Act, a victim of domestic violence cannot be evicted from public housing or government assisted tenancies on the basis of the violence against her. In other words, Congress intended that a person should not be punished Ă± evicted Ă± for being victimized by a member of her family, household or someone with whom she has an intimate relationship.

Gonzalez asked the court to consider the entire history of Thorpe's relationship and the domestic violence perpetrated against her by John Capers, variously referred to as her husband or boyfriend. In addition to Thorpe's own affidavit, detailing the relationship and pattern of assaults, her case cited police complaints she made against Capers in 2006 and 2007 and a prior order of protection prohibiting him from approaching, threatening or harming her.

Her affidavit gave this account which the judge accepted: "An intoxicated and disheveled Capers arrived at her apartment and, despite her telling him to leave, forced his way into her apartment and assaulted her. During the assault, Capers threw respondent into a bathroom cabinet, causing glass to shatter on both of them, and Capers injured himself on the glass."

To further establish that Thorpe was not the aggressor and had not stabbed Capers, but was the victim of domestic violence, her counsel also submitted documentary evidence that the district attorney had declined to prosecute her in connection with the alleged stabbing.

Still, the landlord introduced an affidavit from the property manager of the 102nd Street building, charging that Thorpe "stabbed Capers," that she allowed him into the building, and that the violent behavior put other residents at risk.

Housing Court Judge Gerald Lebovits dismissed that affidavit as well as a report from a security guard as inadmissible evidence. Both, he found, were based on hearsay statements containing information about which they had no personal knowledge and which were unsubstantiated by, for example, affidavits from neighbors or other eyewitnesses. Neither the manager nor guard had witnessed the April incident or knew anything about it except what other, unidentified people told them.

"Nowhere in Velette's [the manager] affidavit or in petitioner's opposing papers as a whole is any evidence that the prior disputes were the fault of or initiated by respondent," Lebovits wrote. With no evidence, he continued, Metro North Owners "ultimately bases all its allegations that respondent is a nuisance and a threat to the tenants of the subject premises on inadmissible hearsay and prior, ambiguous, unspecific, undated acts."

However, the judge noted that even if he found those submissions legally admissible, which he did not, he would nevertheless have ordered the proceeding dismissed since the landlord still would not have overcome the tenant's evidence that she was a victim of domestic violence, that the incident arose from domestic violence and that she therefore was protected by the Violence Against Women Act.

In dismissing the case, Lebovits cited scholarly journals, and referred to the "battered woman syndrome," which has been used as a defense in homicide cases when the accused is a victim of domestic violence who has killed her assailant. Borrowing the language of an appellate criminal case, he described the syndrome as "a series of common characteristics found in women who are abused both physically and emotionally by the dominant male figures in their lives over a prolonged length of time."

Thorpe's seemingly "inconsistent behavior toward Capers, in having any contact with him, even if true, the judge wrote, characterizes a battered woman."

Dorchen Leidhodt, director of Sanctuary for Families' Center for Battered Women's Legal Services, said, "We have encountered a number of cases like this one in which landlords have attempted to evict domestic violence victims on the theory that the violence perpetrated against them constituted a violation of the terms of the lease, in effect holding the victim responsible for the violence committed against her and intensifying the instability and economic hardship in her and her children's lives. The sophisticated understanding of the dynamics of domestic violence and of victims' psychology reflected in Judge Lebovits' decision is rarely seen outside of the context of criminal law."

The landlord was represented by Gutman, Mintz, Baker & Sonnenfeldt, P.C. According to Neil Sonnenfeldt the client has not decided whether to appeal. When asked about the law in this case, he declined to discuss it and hung up the phone.