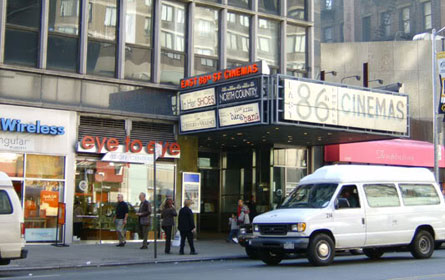 An opinion issued by New York's highest court has changed real estate law as it has been understood and applied for hundreds of years. The majority of the Court of Appeals has decided that a landlord can interfere with a tenant's exclusive possession of real property and the tenant is no longer necessarily entitled to a full abatement of rent. In the case of east side exhibition Corp v 210 east 86th street Corp., the court found that the interference was trivial or de minimus and did not warrant the withholding or abatement of rent.

The dispute arose in 2002 when the landlord of tenant's multiplex theater on east 86th St. in Manhattan installed cross-bracing between two steel support columns on each of the tenant’s two floors changing the flow of patrons and slightly reducing a seating area on the second floor. The work was done in anticipation of landlord's plan to add two floors to the building and resulted in a diminution of approximately 12square feet or one tenth of one percent of the leased property.

The real property law which goes back to feudal times originally applied to land, where diminution of tenant's possessory interest generally meant less farm land, but was until this case applied to modern development or improvement of the land.

Prominent real estate lawyer, David Rosenberg argued that his client had suffered "an actual partial eviction" which relived them of the obligation to pay rent. But a mid-level appellate court had already heard the case and said that " current landlord/tenant realities make it particularly untoward tp apply harsh and oppressive strictures derived from feudal law that mirror the policies and concerns of that earlier society."

Before adopting the prior court's reasoning, the high court acknowledged that "the withholding of the entire amount of rent is the proper remedy when there has been a partial eviction by a landlord." Citing long-standing law, the court continued, "If such an eviction, though partial only, is the act of the landlord because the landlord is not allowed to apportion his own wrong." In other words "the tenant has beebread deprived of the enjoyment of the demises premises by the wrongful act of the landlord" and the basis of the agreement to pay rent has collapsed. These principles have been in place even while the tenant remains in possession.

Reverting to an 1865 case decided in the same court, but ignored for the last century and a half, the majority opinion wrote "not every intrusion amounts to an eviction which warrants a full rent abatement ... when there has been no substantial interference with the use of the premises." Judge Ciparick's opinion further cites similar language applied by courts in other states to conclude that "the interference must be more than trivial," and there musts be "some deliberate disturbance of the possession depriving the tenant of the beneficial enjoyment of the demised premises ... to extinguish the rent." Since it was undisputed that the taking was of less than one-tenth of one percent of the space, even though there was some impediment to the flow of foot traffic and the cross-bracing was unattractive, it was "merely a trivial interference," and there was "no measurable effect on the tenant's use."

An unusual dissent followed, in which Judge Read, in a footnote, described her colleagues’' opinion as "schizophrenic." She criticized it for blaming the tenant for not having negotiated a lease which would have given the theater the right to withhold all rent based upon any intrusion, saying, "Why was it not incumbent on the landlord to negotiate" the term. The dissent was committed to following the line of cases which supported the tenant's position and which came long after the Civil War-era case relied upon in the majority opinion, Lounsbery v Snyder. She pointed out that Lounsbery involved a landlord placing firewood on the tenant's rented property. This, Judge Read, wrote was not a permanent taking of land or real estate, unlike the cross-breaching in the theater lobby. Meaning, she concluded, that there was no exclusion or expulsion, trivial or not. "In short," she wrote," a physical expulsion or exclusion is, by definition, non-trivial. Moreover, the intrusion or trespass is permanent, not transitory.

Siding with the theater, and describing the bracings as "an eyesore,” the dissent "would not characterize landlord's unwanted reaming of the lobby as trifling in amount or trivial in effect" and is "considerably different from what tenant bargained for in the lease. Going forward, according to Judge Read, "At least unt [commercial] tenants have the opportunity to negotiate lease terms that account for the change in the laws they have no effective way to combat unauthorized takings by landlords and in leases already entered, there was no way to anticipate this change in the law.

Landlord was represented by David Rosenberg, Tenant by Howard Grun.

The judges concurring with the majority opinion are judges Lippman, Graffeo, Smith, Pigott and Jones.