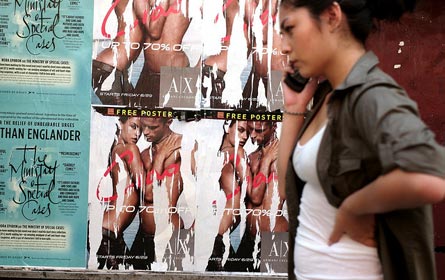 Following pressure from New York Police Commissioner Raymond Kelly and Sen. Charles Schumer, all four of the nation’s largest phone companies made an agreement with the Federal Communications Commission to help crack down on smartphone thefts by targeting demand for stolen phones.

Each phone comes equipped with an internal ID number which is different from the phone number or SIM card activation code. People who have had phones stolen will now be able to report the thefts, causing their phone ID to show up as stolen in a master database. This will make it impossible for someone else to buy a new sim card for a stolen phone and use it normally.

“We’re gonna make a [stolen] cellphone about as valuable as an empty wallet,” said Schumer who helped broker the agreement by putting pressure on FCC head Julius Genachowski, who used to work for Schumer.

The new rule is not the same thing as a law but all major cell phone carriers agreed to abide by it. Details are still pending for the database timetable.

Smartphones today cost an average of $400 to $600, are small, easy to carry and often held in plain sight, making it the most cost effective target for thieves and muggers. According to Police Commissioner Raymond Kelly, who was among the first chiefs to recommend the new program, cell phone thefts went up from 8 percent to over 40 percent of all grand larcenies and robberies in NYC, even as total crime rates continue to fall. According to the Daily News, that is 81 percent of all electronics thefts in 2011.

In the case of AT&T and T-Mobile, phone users can shut off their SIM cards but in most cases, their phone remains an active device, which can be equipped with a new card and taken right back into use. Verizon Communications and Sprint-Nextel already use stolen phone directories.

Under the agreement, all phone companies will maintain shared directories of every physical device’s unique ID number and track its purchase and use, at their own expense. If the owner of that phone ever reports it stolen, whoever tries to reactivate that phone with major phone carriers in the future, will be denied. These kinds of directories are widely used in European countries such as the U.K., France and Germany.

The phones can still be used as miniature computers with WiFi but since most of a smartphone’s utility comes from its connection to telephone and 4G networks, Schumer and his allies believe that stolen phones will drastically lose their value.

“Like draining the swamp to get rid of malaria, we’re going to dry out the market for stolen phones,” said Kelly.

Thieves can circumvent the blacklist by selling the phones abroad or hacking into the phone and changing its ID number. Schumer said that he will introduce legislation to make phone tampering of the sort punishable by up to 5 years in prison.

The phone companies also agreed to increase incentives for users to password-protect their phones and further deter theft.