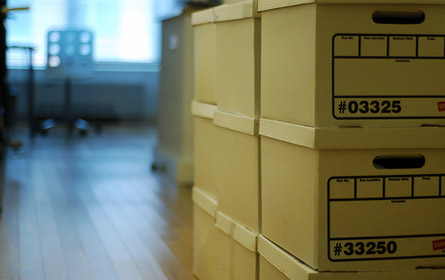 The mere mention or even the thought of divorce often sets off a race to the bank with each spouse trying to get hold of assets ahead of the other -- and before either one appears before a judge.

But effective this month, as soon as an action for divorce is commenced, the parties cannot take any steps to change their financial situation. Under a bill passed by the state legislature this year, the minute a husband or wife sues for divorce by filing a summons in New York State Supreme Court, he or she is barred from altering the economic status quo of the marriage. As soon as the other spouse receives that summons and a form order, it is too late for him or her to move money or other property to shield it from claims by the plaintiff.

Until the recent enactment of the new statute and implementing court rule, the less wealthy spouse, usually the wife, had to seek an injunction from a state Supreme Court justice, to bar the richer partner from removal, sale or other disposition of assets. This meant she had to seek a court order, incurring legal fees and losing time, before getting any financial protection. During that time, stocks, bonds and cash could vanish.

By maintaining the status quo until the divorce case is actually heard by a judge, and evidence of entitlement and equity can be presented, the new statute avoids costly motions at the beginning of the case. The race to the courthouse, like the race to the bank, may no longer be an emergency.

The change does not affect applications for spousal support, child support or eventual equitable distribution of marital property; it simply means that there is an automatic stay to prevent hiding or liquidation of assets.

The Letters of the Law

As the state Judicial Committee on Women in the Courts explains it, "Both parties are prohibited from selling property, mortgaging real estate, depleting bank accounts, invading pension funds, running up credit card debt, or removing a spouse or child from life insurance and medical plans."

The Administrative Order of the Chief Administrative Judge of the Courts, which implemented the change in the law, spelled it out: "Neither party shall sell, transfer, encumber, conceal, assign, remove or in any dispose of, without the consent of the other party in writing, or by order of the court, any property (including, but not limited to, real estate, personal property, cash accounts, stocks, mutual funds, bank accounts, cars and boats) individually or jointly held by the parties, except in the usual course of business, for customary and usual household expenses or for reasonable attorney's fees in connection with this action."

The statute covers retirement accounts, pension accounts, annuities and insurance. However, there is an exception: All of this can be overridden with the consent of the other party in writing, or by order of the court.

Jacqueline W. Silbermann, former administrative judge for matrimonial matters in New York State, had been attempting to implement this change since 1997 when she observed it working in Connecticut. Since approximately 2000, courts in the Buffalo area have adopted a similar rule, but statewide acceptance required legislative action. That did not happen until now.

"The change puts the burden on the person who wants to change the status quo, rather than the one seeking to keep things in place, the one saying 'let's not move bank accounts, insurance or anything yet,'" said Silbermann "This requires nothing," she adds, "because if you want to change things, you can go to court, and if necessary a judge can decide." Not only is the new way more efficient, she emphasized, but it will eliminate the danger of one angry spouse removing the other from insurance, for example.

For judges it will be a relief to have litigants' assets preserved without court intervention and court orders, especially since most matrimonial judges in New York City have hundreds of cases on their calendars. Ultimately the judges still will order the division of property, but it need not be at the start of the case.

Husbands and wives who might some day divorce are not yet aware of the new law on assets and probably don't realize that the change in court procedures could save them money on legal fees. This could please the less affluent spouse in particular.

At the same time, "monied" spouses, if they are the defendants, may be surprised when they learn that not only are they getting divorced but also that they won't be able to move or liquidate their accounts until later in the proceedings. Documentary proof will establish any withdrawals or transfers made after the date of the serving of a summons. Of course, the new law and rule offer the non-monied spouse, the one who may be seeking equitable distribution, a degree of security from knowing that marital funds cannot be depleted while the couple awaits a divorce settlement.

Lawyers may be glad that their clients have some certainty and that they don't have to rush into litigation in Supreme Court (not Family Court) to obtain an injunction. In the past, that required the person seeking it to establish that there was the risk that marital assets would be disposed of or minimized to the detriment of the party seeking equitable distribution.

Bringing such motions has been costly, particularly with legal fees averaging $250 to $800 an hour. But lawyers have not publicly objected to the loss of legal fees they would otherwise bill for.

Still, most divorces do not come by surprise. It may well be that individuals who expect to divorce have already consulted lawyers and accountants and have moved money or run up credit card bills in advance of the critical date. There is probably no way to keep all the acrimony over finances out of divorce.