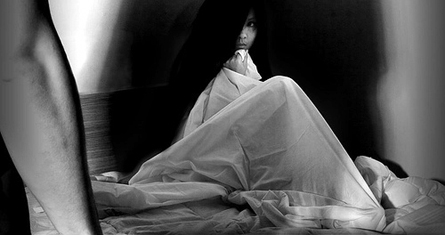 It took 12 years for Martina Okeke to break free. After moving from Nigeria to New York in 1988, she cooked, cleaned and took care of a Staten Island couple's children on the promise of a $300 monthly wage and tuition help for her kids back home. She never received a penny.

Friends from Okeke's church finally convinced her to leave the family, but she refused to report them to the authorities. "I did not want to have a bad name," she told a reporter from the New York Times.

In June 2001, two Indonesian women, who paid $3,000 each for a falsified visa, airline tickets from Jakarta and the promise of a well-paying restaurant job in New York, escaped from a Brooklyn brothel. They had arrived in New York only to find that their "debt" had increased to $30,000. The men waiting for them at the airport also threatened to kill them if they refused to work as prostitutes, according to the Brooklyn Rail.

Human trafficking for labor or sex would seem to be something from another century — or at least another place. Stories like these, however, make clear that the practice exists in modern-day New York. Galvanized by such shocking anecdotes, an unlikely coalition of Bush administration officials, Christian conservatives and liberal activists have focused attention and money on human trafficking, passing landmark federal legislation and committing over $150 million to find and help domestic trafficking victims.

This June, New York joined the effort, becoming one of 29 states to pass state-specific human trafficking legislation. The law, designed to address some of the perceived gaps and shortcomings of the federal law, gives local law enforcement agencies new tools to prosecute traffickers and new services for victims. Scheduled to take effect on November 1, it was immediately hailed by a broad group of supporters, including victim and immigrant rights organizations as well as the editorial board of the New York Times.

Having set the legislative framework for anti-trafficking legislation, New York turns to the difficult task of implementation. Fighting trafficking is difficult, and the problem is complicated by the fact that no one can even agree on how many victims are currently in the United States.

The Scope of the Problem

By its very nature, human trafficking is a shadowy enterprise. Traffickers commonly say they will harm victims or their families if they attempt to leave. Language barriers and a suspicion of government rooted in their home countries often prevent victims from going to law enforcement or others who might help them. Traffickers may confiscate passports or warn victims that they will be deported if they approach authorities, according to Juhu Thikral, a lawyer who leads the Urban Justice Center's Sex Workers Project.

At the same time, the media, government officials and some advocates appear to inflate the number of people affected by human trafficking. For example, Congress enacted the Trafficking Victims Protections Act in 2000 on the basis of a State Department report that put the number of foreign-born victims entering the United States at 50,000 a year. According to a recent article in the Washington Post, the estimate was reached by a CIA analyst who relied on overseas news clippings. After the Government Accountability Office issued a report criticizing the methodology, a new estimate was created, essentially by using a more sophisticated version of the same methodology. A later calculation cut the figure by two thirds, resulting in an estimate of between 14,500 and 17,500 foreign-born trafficked victims per year. In 2006 former attorney general Alberto Gonzales told Congress that even that might have been overstated.

Determining the number of trafficked victims in New York presents even more problems. With its international airports and ethnic neighborhoods, New York is believed to be a major hub in the trafficking business, but no reliable data exists on the nature or extent of the problem.

A final complicating factor relates to how trafficking is defined. Under New York law, a trafficking victim does not have to be foreign-born. The definition includes anyone who is forced into sex work or other types of work, such as domestic labor. That means, for example, that a young woman born and brought up in New York City who is recruited as a sex worker under false pretenses can be counted as a victim of sex trafficking. The New York State Office of Children and Family Services estimates that over 2,500 children are forced into sex work every year in New York.

Perhaps wary of these problems, advocates and government officials would not offer an estimate of the total number of trafficking victims working in New York City. They all couched their answer in terms of broad ranges and were careful to note the unreliability of “official” totals. Whatever the numbers, though, experts believe that only a small number of human trafficking victims ever come to the attention of victim support agencies. For example, Crystal Deboise, the coordinator of Human Trafficking Programs at the New York Association of New Americans estimates only between 100 and 150 human trafficking victims are currently being served by the main victim support organizations in New York City, including the Association of New Americans and Safe Horizon.

Whatever the numbers of victims, most need help. To encourage more victims to come forward and seek assistance, the New York State law seeks to fill gaps in victim services authorized by federal law.

Under the federal trafficking prevention, passed by Congress in 2000, victims can receive services if they are certified as victims by the Department of Health and Human Services. They are also eligible for so-called T-Visas, which allow foreign-born victims to stay in the United States while they help law enforcement agencies prosecute the case. Advocates say, though, that the benefits offered by federal law are often slow in coming. It can take 18 months for the federal government to issue a T-Visa. According to humantrafficking.org, in the first six years since their creation, only 500 T-Visas were issued.

To address this, the New York law will make “pre-certification” assistance available to victims. It authorizes the state’s Office of Temporary and Disability Assistance to enter into contracts with social service agencies to provide services immediately to victims who come forward. The goal is help address what Deboise calls the “first week problem”: meeting the immediate needs of trafficking victims for food and shelter. “People don’t (always) know they’re a victim of trafficking,” said Deboise. “They want to know, â€am I allowed to leave?’ We’ll send a cab to pick them up, do a quick assessment and try to find them a place to sleep for the night.”

Even under the new law, victims, especially illegal immigrants, face a difficult choice: co-operate or face deportation. “We make it clear to people that if they’re over 18, in order to pursue services or legal status, they have to cooperate with law enforcement” said Thikral of the Urban Justice. For many individuals, that can be a difficult choice: Despite being beaten by her boss at a Suffolk County brothel, one Long Island immigrant who initially agreed to cooperate with police recanted, according to the New York Times. Now in federal custody, she is awaiting deportation.

Cracking Down on Traffickers

A second goal of the New York law is to crack down on the practice of trafficking itself. Three new felonies have been added to state law, including laws that specifically target the methods used in sex and labor trafficking, such as withholding passports and threatening deportation. A third felony targets New York businesses that knowingly promote “sex tourism” in other countries. Finally, a number of misdemeanor crimes were also added to the New York law, including increased penalties for patronizing a prostitute (the so-called “Johns” law).

Advocates hail most of these changes. “This is a strong definition of trafficking,” said Thikral. Under the law, prosecutors can now target specific techniques used by traffickers rather having to pursue trafficking cases on rape and kidnapping charges, which may be harder to prove.

The advocates do have some concerns however. Because the law makes sex trafficking a higher-level felony (punishable by up to 25 years in jail) than labor trafficking (up to 7 years), some fear labor trafficking will not be taken as seriously. Thikral disagreed with the legislature’s decision to increase the penalties for Johns because she worries it might keep the Johns from bringing trafficking cases to the attention of law enforcement.

Whatever their qualms about specific aspects of the law, most experts believe the most important change is that it will encourage local law enforcement to be more aggressive in prosecuting trafficking. “If you don’t have state penalties, you have to go outside the state system,” said Mary B. Kavaney, the deputy commissioner of the New York State Division of Criminal Justice Services, said. “With three new felonies, you can bring [trafficking] to the forefront” of law enforcement efforts in New York.

This could result in increased prosecution of relatively small-scale traffickers. Federal law enforcement agencies tend to be more interested in cases with major traffickers and large numbers of victims. Under the new state law, local police can help pick up the slack by pursuing cases that involve a smaller number of victims.

For Kenneth Franzblau, the director of human trafficking at the New York State Office of Criminal Justice Services, the key to successful implementation of the new law is training: getting police officers to adopt a different perspective when they confront a potential trafficking situation. He cites the examples of raiding a brothel or investigating a domestic dispute between a nanny and her employer. In those examples, he would encourage the police to ask questions about the living situation of the people they find, whether they are free to leave or if they were forced to surrender passports or other identification to their employer.

Still, breaking up trafficking rings is difficult at any level of law enforcement. According to the Washington Post, 148 federal cases have been brought nationwide since 2000, despite the creation of 42 Justice Department task forces designed to bring representatives of law enforcement and social service agencies together.

While experts dispute the number, no one doubts that there are traffickers in the New York area. But more than a year after a Long Island Anti-Human Trafficking Task Force was organized, not one trafficker operating on Long Island has been arrested, and just one victim, a Chinese woman forced to work in a Wantagh brothel that was disguised as a massage parlor, has been freed from traffickers, according to a May 2006 New York Times report. Convincing the woman to cooperate was a painstaking process -- she had been arrested twice in four months, but it took the intervention of a prosecutor and a police detective to convince her that she wouldn’t be deported. Notwithstanding her testimony, the owner of the brothel has yet to be arrested, in large part because the police still need testimony.

After New York’s law takes effect on November 1, the Interagency Task Force on Human Trafficking will have the most responsibility for its implementation. Composed of multiple state agencies, the task force will coordinate training efforts for law enforcement agencies and evaluate the state’s progress in targeting trafficking efforts. It will tackle the issue of data collection in hopes of getting a more reliable handle on the problem. (The Vera Institute for Justice is also embarking on a similar research effort with funding from the federal government, using New York City as a test case.)

This is not a purely academic question. Officials at the state Division of Criminal Justice Services say it is key to their mission. “No one knows the numbers,” Kavaney said. “If we knew the numbers of victims, the ethnicity of victims and perpetrators and the types of businesses being used (by traffickers) as cover, we’d go a long way.”