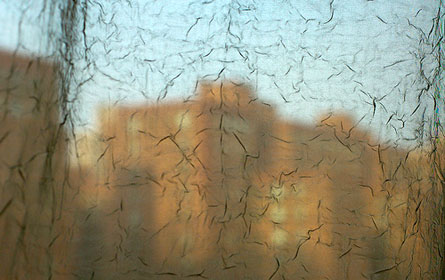 Can New York landlords terminate rent stabilization while receiving tax benefits from the city? This question, which has been on the minds of landlords and tenants throughout New York, has now been answered by the state’s highest court. And the answer is "no." Building owners cannot reap the benefits of both tax abatements and destabilizing apartment rents at the same time.

The Court of Appeals opinion in a lawsuit brought by tenants of Peter Cooper Village and Stuyvesant Town will have widespread repercussions. Tenants who may be affected are pleased with the result, while landlords predict there will be great upheaval in New York’s housing market.

Writing in the New York Law Journal attorney Warren Estis (who has represented the defendants in the past and who filed a brief in this case on behalf of the landlord-based Rent Stabilization Association of New York City) said, "The decision has sent shock waves throughout New York City’s real estate and financial communities."

The case of Roberts v. Tishman Speyer Properties, L.P. involves approximately 4,000 apartments in the Peter Cooper Village and Stuyvesant Town complexes, which cover about 80 acres between 14th and 23rd streets along the East River, but it is binding on all landlords who have rent stabilized apartments and also receive public benefits, in the form of tax relief.

The majority of the high court judges wrote, "Building owners who received [tax] benefits forfeit their rights under the luxury decontrol provisions if their buildings were already subject to the Rent Stabilization Law."

Owners remove apartments from the protection of the Rent Stabilization Law and Code so they can raise rents to market levels.

The tenants claimed that the building owners improperly and unlawfully raised rents on thousands of apartments, bringing them to market level while the property owners received public benefits under New York City’s J-51 tax abatement program, part of the Real Property Tax Law. The plaintiffs "sought a declaration that units in the Peter Cooper Village and Stuyvesant Town properties would remain rent stabilized 'until the last applicable . . . benefits period . . . in or about 2017or 2018.'" They also sought rental overcharges of $215 million and attorney’s fees.

Metropolitan Life Insurance Co. built the affordable housing in the 1940s after World War II. The apartments had been rent stabilized since 1974, when the Rent Stabilization Law came into existence, the tax breaks came in 1982. While taking advantage of the J-51 entitlement since 1992, the owners had realized public benefits of $24.5 million.

Soon after Metropolitan Life sold Peter Cooper Village and Stuyvesant Town to Tishman Speyer Properties, L.P. in 2006 for $5.4 billion, the plaintiff tenants commenced their lawsuit. They based their challenge on the fact that, under Met Life ownership the buildings began receiving tax benefits in the form of exemptions and/or abatements designed to encourage housing rehabilitation and improvements,

The lower trial court originally dismissed the lawsuit. The landlords’ entitlements, the first judge found, were based largely on advisory information and interpretations issued by the state Division of Housing & Community Renewal, a finding the Court of Appeals later rejected.

The 1993 Rent Reform Regulation Act facilitated rent destabilization. The act provided for “luxury decontrol” or deregulation of higher priced apartments. This applied to vacant apartments that had most recently rented for at least $2,000 a month or occupied apartments with a monthly rental of at least $2,000 whose residents had an annual income of more than $250,000 (later reduced to $175,000).

But there was a carve-out even to the exceptions. Deregulation under the Reform Act "shall not apply to housing accommodations that become or became rent stabilized by virtue of receiving tax benefits" under J-51. In other words, under existing law and codes, rent stabilized apartments cannot be removed from regulation when the building owner benefits from city tax relief.

Landlords, however, began to de-stabilize apartments. They were relying on a State Department of Housing and Community Renewal’s interpretation of an amendment to the Reform Act, which held that "participation in the J-51 program only precluded luxury decontrol where the result of such benefits is the sole reason for the accommodation being subject to rent regulation." The state then amended this to say, "Luxury decontrol shall not apply to housing accommodations which became or become subject to the Rent Stabilization Law and this code solely by virtue of the receipt of tax benefits."

The semantic analysis and parsing of words focused on "become or became," and "solely." The housing department had distributed a fact sheet specifying that "apartments that are subject to rent regulation only because of the receipt of [J-51 benefits] do not qualify for high rent decontrol." The defendants took the state's position to mean that they could take rent-stabilized apartments to market levels despite receiving public benefits. The Court of Appeals, however, gave no "deference" to the agency’s views.

Now, while the main question has been answered and the State Court of Appeals has ruled that landlords are not entitled to de-stabilize apartments and get city tax breaks at the same time, the lower courts, which administrators say are unprepared for a new volume of cases, will be expected to resolve many remaining questions. These include whether the decision is retroactive and whether future court proceedings will be treated as a class action. In the meantime, efforts may be made to have the law changed legislatively in the unpredictable environment of Albany.

The tenants in Roberts v. Tishman Speyer were represented by Alexander Schmidt, Speyer Property by Jay B. Kasmer; and Metropolitan Life Insurance by Alan Mansfield. The court also accepted briefs from various interested organizations on both sides of the issue, including the Legal Aid Society, the Rent Stabilization Association of New York City, Office of Manhattan Borough President and the Urban Justice Center.