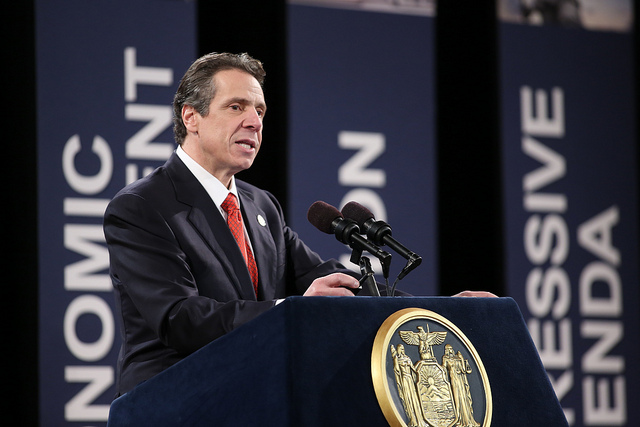 NEW YORK —The New York Police Department is willingly unfurling its own interrogation recording program, albeit slowly. And yet for some observers, it isn’t enough.

Across the country, lawmakers are making an effort not only to convince authorities to adopt the best practice but to push legislation that creates accountability and oversight of said programs.

New York state has been waging that fight for years now, leaving some local leaders looking for more immediate recourse on a municipal level.

One of the leaders in Albany pushing for legislative reform on interrogations, Brooklyn Assemblyman Joe Lentol, said he was happy to hear of NYPD’s move towards the 21st Century. He said internal best practices aren’t enough.

“That would be wrong and would still require legislation in order to make it work effectively,” said Lentol, a former prosecutor.

Almost every major independent criminal justice group and association in New York state supports the videotaping of interrogations. The District Attorneys Association of New York, led by Manhattan District Attorney Cyrus Vance, holds that the recording of interrogations is best handled by individual jurisdictions as long as it doesn’t either strain resources or adversely affect the investigation or case.

The practice has even caught the attention of N.Y. Gov. Andrew Cuomo. During his 2013 State of the State address, the governor advocated for legislation promoting the videotaping of confessions for suspects in violent crimes and sex offenses.

“This will give us more certainty that the convictions we obtain are actually fair and justified,” Cuomo said.

While a bill has yet to make it to a successful vote, Cuomo recently took steps to ensure that authorities can at least pursue the recording of interrogations while Albany sorts out the legislation.

In July 2013, Cuomo announced that the state would make $1 million available to agencies so that they could record criminal interrogations.

“Wrongful convictions not only harm the innocent, but they allow the actual perpetrators of crime to remain free,” the governor said. “The new equipment that will result from this funding will improve the strength of New York’s criminal justice system, making all New Yorkers safer as a result.”

And yet a bill requiring that all authorities adopt a program with oversight has yet to make it to the floor. It came the closest it has ever come to passing in early 2012, when Cuomo signed off on a legislative package that also expanded the state’s DNA database to include materials collected in misdemeanors cases.

The bills that passed originally included a mandate to videotape interrogations statewide, one of a number of recommendations outlined by the state’s Justice Task Force, headed by Chief Judge Jonathan Lippman. They were all eliminated before the bill made its way to the governor’s desk.

“In Albany, even if it seems like a no-brainer, it’s never a no-brainer,” Lentol said. “That’s what happens in negotiations.”

As a legislative issue, the recording of interrogations has been debated in the Albany Capitol since 2003 when former Assemblyman Adam Clayton Powell IV of Harlem first proposed a bill.

Lentol has since picked up the reins. Along with state Sen. Bill Perkins, the two have spent the last few legislative sessions working on a bill that would not only require minimum standards for recording interrogations but also create some exceptions to make the transition easier for police agencies.

{pullquote}The more transparent police and prosecutors are about interrogations, the more credibility our system has. — one lawmaker said.{/pullquote}

Lentol added that he didn’t think passage of future bills would be likely without another similar omnibus bill. And while there aren’t plans for such a package, the recording of interrogations seems to have stuck with Cuomo.

“The more transparent police and prosecutors are about interrogations, the more credibility our system has."

Perkins is more hopeful. Before joining the state Senate, Perkins pushed similar legislation on a local level as a City Councilman. Today, he still argues that the two key elements in question are transparency and accountability.

“There’s no place here that they’re more necessary than in the criminal justice system,” Perkins said. “The more transparent police and prosecutors are about interrogations, the more credibility our system has. Anything short of that contributes to that cynicism we saw in the Central Park Five case.”

Until Albany acts, Perkins thinks that there are some means for transparency, even if they’re not perfect. Referring to a recent law passed by the City Council, an inspector general for the New York Police Department might be able to help properly oversee its interrogations program — even if it’s not a perfect solution.

“An independent inspector general is maybe a better step in that regard, but it’s like the fox watching the coop,” Perkins said.  “With all due respect to the good police officers, I would imagine that it’s even more so to their advantage to be able to show how correct they are and to be above any kind of cynicism about the outcome of their interrogations.”

But not everybody agrees that authorities need oversight. One of the inspector general bill’s most ardent detractors was Queens City Councilman Peter Vallone Jr., who, along with a number of local police unions, argued that the oversight bill was redundant.

“We might as well call our police commissioner ‘deputy monitor’ because they won’t be in charge anymore,” he said during a radio interview earlier this year.

His resistance to police oversight extended to that of the department’s interrogation procedure. Although Vallone supports NYPD’s decision to voluntarily videotape interrogations, he has pushed back on a need for external oversight from the city council or for statewide legislation.

If anything, Vallone said in a phone call, the myriad of regulations would create more "technical violations to get people off."