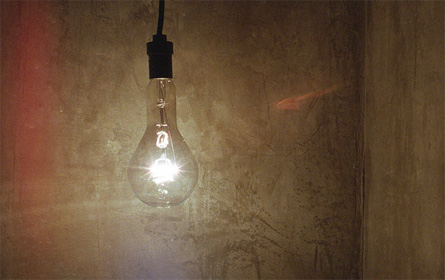 What happens when a man says he's guilty of murder, but state-of-the-art-science says he's not?

Warney, while in police custody in Rochester, signed a detailed two-page confession and was convicted, after trial, of first-degree murder. He was sentenced to 25 years to life in prison and served nine years before he was exonerated by DNA testing -- testing that prosecutors had vigorously opposed. Douglas Warney was innocent.

Once released from prison, Warney sued for compensation under New York's wrongful conviction statute. But at the earliest possible stage of litigation, the Court of Claims, where lawsuits against the state are filed, dismissed his case. The judge cited the statutory exemption of state liability and said the claimant, Warney, "through his own conduct, brought about his own conviction."

Warney's case is not an isolated instance. Studies have found that many individuals falsely confess to a crime, often because of police trickery or their own vulnerability. A number of these people have later been exonerated by DNA tests. Peter Neufeld, co-founder and co-director of the Innocence Project of Benjamin Cardozo School of Law who now represents Warney, says Warney is of below average intellect (IQ 68) and at the time of his interrogation and "confession," also was suffering from dementia. 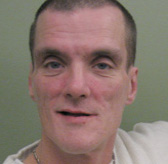 A study by the New York State Bar Association found that wrongful convictions are often the result of false confessions. The Innocence Project put the number at approximately 25 percent.

That police misconduct may have elicited Warney's confession has not helped him despite the universal acknowledgment of his innocence. (The DNA at the scene matched that of another man who is already serving a life sentence for another murder, has now confessed to the murder.) According to the decision of Judge Renee Forgensi Minarik of the Court of Claims, the fact that Warney confessed overrides why he confessed.

It is standard police procedure to withhold certain details about a crime. If someone then reveals he or she has knowledge of those details, the police reason that person must be the perpetrator, and the confession is deemed reliable. In Warney's case, said Neufeld, who was not involved in Warney's original trial, "The police and prosecutor kept emphasizing that because there were 11 details that only the police -- and Warney -- knew," Warney had to be the killer. The problem, Neufeld said is "the police broke a cardinal rule," by telling Warney the details that he then provided them.

At the February argument before the Court of Appeals in Albany, Judge Robert Smith, characterized this type of police conduct as "manipulation" more than coercion, describing the actions of a suspect such as Warney, as "tell me what you want me to say and I'll say it."

For and Against Compensation

Arguing for the state, attorney Alison Natnah told New York's highest court that Warney had "no entitlement to compensation" for his years spent in prison since he should have been able to foresee that his own admission and self-incrimination, which she called "voluntary," would lead to his conviction. In other words, it was Warney and not the government who was responsible for his conviction and the years of incarceration. That it is wrongful and unjust -- not just a mistake -- is insufficient to allow the claim to proceed argued Natnah, who has recently been recommended by Sen. Charles Schumer for a federal judgeship.

Given that he has been ruled out as the perpetrator, "How could Warney have known that the weapon was a 13-inch serrated knife, and that a victim was stabbed 15 times?" Smith wanted to know. He prodded the prosecutor to tell the court how Warney could have had these facts -- unless the police told him. Natnah was unable to provide an explanation that seemed to satisfy Smith. Meantime, Chief Judge Jonathan Lippman asked how Warney's "confession" could be considered credible if "90 percent of what he knew was planted in his mind by the police," especially when one week earlier the police had taken Warney to a psychiatric hospital.

Neufeld asked the bench to reinstate Warney's claims and define "misconduct," in accord with the legislature’s intention that an unjust conviction should lead to compensation. Warney's repeating what police fed to him cannot be the misconduct the legislature referred to in carving out an exception to the wrongful conviction statute, Neufeld argued.

In what he described as "a really important case," Neufeld also asked the court to clarify that the confession itself would have to have been the "proximate" cause of the conviction, or the very thing that caused the wrongful conviction. Pressed as to whether there could ever be a false confession that would constitute misconduct, Neufeld hypothesized "perhaps a man who intentionally, falsely confessed in order to take the blame for his wife's crime."

While it may seem illogical if not incredible that an innocent person would admit committing a serious violent crime, false confessions -- admissions of guilt made despite innocence -- occur when suspects are fed the answers. They may believe, or police may suggest, that they don't need a lawyer if they are innocent and have nothing to conceal, and that asking for a lawyer will make them look guilty. The issue of wrongful convictions, including those based on false confessions has led Lippman to form a task force to analyze and identify ways to reduce the incidence of innocent people spending years behind bars.

Warney was originally convicted of murder in the first degree at a time when he could have been subject to capital punishment. He would have been unjustly convicted and also could have been executed. The DNA testing led to the true perpetrator who has since stated that he acted alone and did not know Douglas Warney.