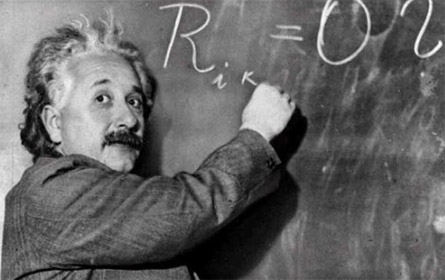 A self-described "genius" has failed to convince the judge hearing his divorce case that he alone, through his "unique personal traits," is responsible for accumulating a $450 million fortune in the world of finance.

Henry Silverman, 68, a private equity executive submitted affidavits from three psychologists in an effort to present expert trial testimony to support his theory of his success. His wife, though, filed a successful motion to preclude such evidence. At the end of a 30-year marriage, Nancy Silverman 66, urged the court to make a distribution of marital assets based on equitable principles that would recognize her contributions.

Under New York State's law of equitable distribution, the division of a couple's assets does not depend on who possesses title to property and does not require that the parties make the same kind of contributions. In this instance, one spouse, the husband, worked outside the home, while the other, the wife, did not. Still, her entitlements would be based upon the totality of the circumstances, contributions and prevailing law.

In rejecting Mr. Silverman's approach, acting Supreme Court Justice Laura Drager wrote that the state's equitable distribution law evaluates "the marital economic partnership." While many statutory factors must be considered, Drager found that the husband's psychological assessment of his "personality and innate intellectual talents," did not constitute "evidence of his contribution to the accumulation of marital assets subject to equitable distribution." Therefore, the court will not consider expert evidence that the husband claimed would establish a "direct and statistically compelling relationship between personal attributes ... and the financial success he achieved."

Even though the husband claimed his argument was "scientifically based," the judge noted that it was unique and that neither side submitted any legal precedent for or against it. The judge then found that such testimony would not assist her in determining the parties' "relative contributions to the accumulation of wealth during the marriage."

A Case of Rough Justice?

Mr. Silverman argued that rejection of his psychological testimony would subject him to "rough justice." But what he called "rough justice" is exactly what courts are mandated to apply. That is, the judge would consider all the factors enumerated in the domestic relations law and apply them to the facts of the case, exercising her judgment and discretion. "The court," Drager wrote, "cannot relinquish that determination to an expert witness."

She rejected the defendant husband's reliance on what he termed, "personal capital" and its relationship to the wealth amassed. Her decision granted the plaintiff wife's motion to preclude the psychological testimony.

It is not in dispute, the judge said, "that the husband brought to his work innate abilities and acumen that helped cause the business to succeed." However, she continued, "In determining how to distribute the assets accumulated as a result of that partnership, the court must consider the contribution made by the husband based on his innate talents, business acumen, conduct and any other attribute or effort," as well as the contributions made by the wife that, she contended, involved "managing the couples' domestic and social life and raising their daughter, and the social introductions and other efforts she claims to have made that assisted the husband in business."

In her opinion, Drager wrote, "In purporting to prove that the success of the business could be attributed solely to the husband's innate genius, the expert opinion evidence offered by the husband offered no assistance" that would help the court equitably distribute the couple's estate "based on the contributions of each party to the marital partnership."

This telling language appears in a footnote, rather than in the body of the decision. Still, the judge wrote, the success of Mr. Silverman's business might well be attribute to "external forces," such as personal connections or luck," as well as an "innate genius."