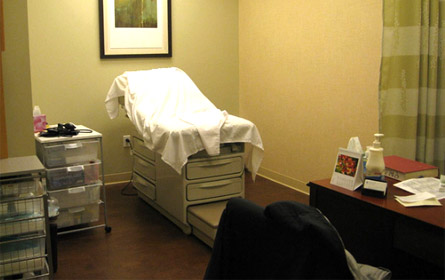 When does a physician's sexual affair with his patient become medical malpractice?

When he treats her for mental health issues, the New York State Supreme Court Appellate Division, Second Department has determined.

In a September decision and order in the case of Dupree v Giugliano, three out of four judges who heard the appeals of the results at trial, determined that when a Long Island family practitioner — who was neither a psychiatrist or psychologist — began treating his patient for depression and panic attacks, prescribed anti-depressants and conducted "talk therapy," he was providing her with mental health services. As a result, the sexual affair that followed constituted medical malpractice.

The problem was not that he went beyond his medical expertise, but that he became physically intimate with a patient to whom he was rendering psychological care. That made the doctor subject to the same standard as a mental health professional who has sex with a patient, something that is broadly condemned. The appellate court called the defendant's conduct "reprehensible."

"A sexual relationship between a mental health provider and a patient is a departure from the standard of care, whether it is characterized as part of the treatment or independent of it, and it is a departure" from the accepted standards, the court wrote. "When the defendant started providing 'talk therapy,'" the appellate court wrote, "[he] assumed the duty of care applicable to mental health providers."

The acceptable conduct for mental health professionals and intimate relations with patients is higher than it is for other doctors, and sexual relations are a departure from accepted standards.

What the Doctor Did

The doctor, James Giugliano, also referred the patient, Kristin Dupree, to a psychologist who was a friend of his. In therapy with the psychologist, Dupree discussed having a nine-month affair, but because of the friendship between the two doctors, she did not reveal that her lover was actually Giugliano. The court saw this as evidence that his conduct damaged her. Once the affair ended, Dupree confessed to her husband who then proceeded to get a divorce.

A Long Island jury had found that Giugliano's conduct, was medical malpractice because it departed from accepted medical standards, interfered with the plaintiff's treatment and caused damage to her. The jury awarded her $416,500 in damages, including $150,000 for past mental distress, $50,000 for future mental distress, and $134,000 for loss of past financial support, and also awarded the plaintiff $166,000 in punitive damages. The jury also found that the doctor was 75 percent liable and Dupree 25 percent liable, reducing the award to her by a quarter.

Both sides appealed, he seeking dismissal, and she asking the court to attribute 100 percent of the liability to the defendant. She also wanted an increase in monetary damages and the legal fees she incurred in the divorce commenced by her husband. Both appeals were denied, and the court upheld the jury's verdict.

The court's majority agreed that there is a special duty of trust here, writing, "A mental health provider's duty is different, and a sexual relationship between that provider and a patient violates the trust that lies at the heart of the relationship." The court upheld punitive damages, which is unusual, saying that the doctor demonstrated "gross indifference to his patient's well-being."

Immoral but Not Actionable

The one dissenter, Judge Peter Skelos, saw the plaintiff's case differently and would have dismissed it entirely. He reasoned that a doctor cannot be liable for malpractice that is unrelated to his medical treatment even where it is unethical and a "moral impropriety." In other words, Giugliano committed no malpractice in his field â€“ family medicine.

In his dissenting opinion, Skelos wrote, "By engaging in sexual relations with the plaintiff, the defendant may have committed professional misconduct warranting disciplinary penalties, such as revocation of his license. Further, the defendant undoubtedly acted unethically from a moral perspective, particularly due to the plaintiff's vulnerable emotional state. However, not all immoral conduct is actionable in tort. Nor does a violation of professional ethical guidelines, if such were the case here, by itself necessarily support a civil cause of action to recover damages for malpractice."

Skelos relied for precedent on a 1996 opinion by the same court that heard the present case. It too involved a doctor defendant â€“ an allergist &dmash; who saw the patient twice a week for allergy injections and also, on an undisclosed schedule, for sexual relations. That case, Gross v Kurk had been dismissed at the trial level. The dismissal was affirmed with the appellate court saying, "Negligent conduct by a physician constitutes malpractice only when the conduct constitutes medical treatment or bears a substantial relationship to the rendition of medical treatment." The Gross opinion went on to say, "In the instant case the plaintiff made no allegation that her social and sexual relationship with the defendant constituted part of her treatment or was in any way related to her treatment."

The judges in the majority in the Dupree case, Joseph Covello, Ruth Balkin and Leonard Austin, rejected Skelos' analysis because in the Gross case, unlike the more recent one, the doctor never provided mental health services to his patient.