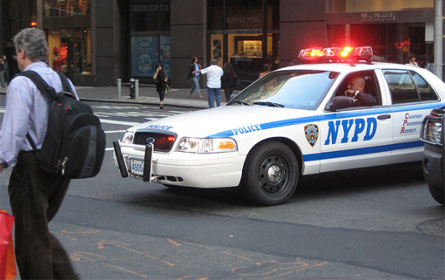 The Civilian Complaint Review Board is negotiating with City Hall for an exception to the citywide hiring freeze. The Board wants to rehire an attorney for a program called the Administrative Prosecuting Unit (APU), which independently prosecutes police misconduct trials.

In the past, New York City Police Department attorneys handled all substantiated cases of police misconduct. With APU, the CCRB’s own lawyer is authorized to take on a portion of cases as a lead prosecutor.

In November 2011, the city extended funding for the program through fiscal year 2012, including funds for one attorney and one investigator. However, with the hiring freeze in effect, the Board is unable to hire an attorney who would be the centerpiece of the program. This may change as Daniel Chu, CCRB’s chairman, expressed optimism about his talks with City Hall.

“CCRB is beginning the search for highly qualified candidates for the APU attorney vacancy,” said Chu. “Recognizing the importance of this hire to the continued success of the APU, City Hall has agreed to review our final selection with a view to permitting the hire as a critical hire.”

Mayor Michael Bloomberg’s press office did not comment on the negotiation, except to say “While a hiring freeze affects all City agencies, each case is reviewed individually. Once a candidate is identified, we will review right away.” CCRB has posted a job vacancy on its website.

Talks about a program like APU date back to 2001 when Mayor Rudolph Giuliani and former Police Commissioner Bernard Kerik proposed giving CCRB the authority to prosecute cases. The state courts ruled that all cases that involve disciplinary actions against officers must be filed with the deputy commissioner for trials, instead of a new office proposed by Giuliani. However, CCRB and the police department began working more closely together.

In 2008, the CCRB and NYPD launched a pilot program where CCRB lawyers would participate in a “second seat” capacity during some police prosecutions. In 2010, Commissioner Kelly and the CCRB took this farther, to grant the Board lead prosecution authority on a random selection of cases.

In the years leading up to 2010, the city saw a rising number of complaints against the NYPD, especially over controversial stop-and-frisk practices where police were encouraged to stop and search large numbers of people for weapons. Many complaints dealt with alleged racial profiling by the police.

Christopher Dunn, an associate legal director at the New York Civil Liberties Union said that the NYPD moved to accept the program “because of public embarrassment due to PD handling of cases” in 2009 and 2010, when NYPD allegedly threw out many substantiated complaints of police misconduct.

Only substantiated cases ever make it to trial and it may take the CCRB many months to determine whether a complaint has merit. About 5-6 percent of all complaints to the CCRB are substantiated.

Attorney Laura Edidin prosecuted and won her first solo case for the Board in May 2011 against two Bronx police officers. She served as solo lead prosecutor on seven total cases for the Board and has since moved on to work as deputy executive director for legal affairs at CCRB at the pilot’s conclusion in November.

The CCRB petitioned and won approval from the city to continue the program, citing its effectiveness in maintaining strong police accountability due to the Board being independent from the Police Department. According to a CCRB testimony, the practice also improves communications between the Board and the police and lessens the chance that the NYPD will drop substantiated cases for trial.

Additionally, attorneys who investigate misconduct are in a unique position to give crucial and correct details to a judge and prepare complainants for trial outside 1 Police Plaza.

However, despite City Hall’s authorization of funds for the program, the city’s hiring freeze prevented CCRB from hiring an attorney to replace Edidin and continue APU’s work. The allocated funds currently sit unused.

“This makes the program meaningless because there’s no one there to prosecute the case,” said Dunn.

The CCRB can hire someone from within city government but its director of communications, Linda Sachs, said that the Board would prefer to seek attorneys from the broadest possible pool of qualified candidates. Potential hires will be reviewed by City Hall, which may make a rare exception to the hiring freeze.