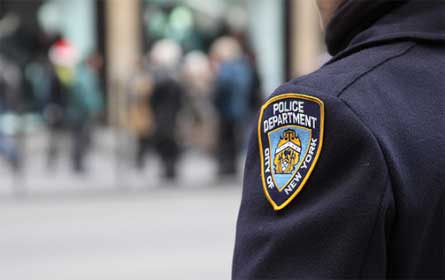 When Carmen Valdez's onetime boyfriend threatened to shoot her, a New York City police officer assured her that he would be arrested. The boyfriend followed through on his promise, but the police did not.

Still, the case of Valdez v. City of New York alleging failure to provide adequate police protection has now been dismissed by New York's highest court. Five of the seven judges of the Court of Appeals in Albany reversed a Bronx jury verdict and determined that the plaintiff did not have a "special relationship" with the police department that would allow her to have a "justifiable reliance" on the city's promise to arrest her assailant, Felix Perez, before the shooting.

A Promise, Not a Guarantee

The events surrounding this case go back to 1996. Because she had been abused, harassed and threatened by Perez, Valdez had a Criminal Court order of protection against him. After the telephoned death threat, the victim and her children set out for a relative's home, but stopped to call the police Domestic Violence Unit to make a report. Officer Jose Torres, who had previously been assigned to the case and was familiar with it, told her to go home and that Perez would be arrested "immediately."

The next day, though, when Valdez stepped out of her apartment door, Perez was waiting. He pushed her back inside and shot her three times -- twice in the face, once in her arm -- in front of her five-year-old twins. He then killed himself. She survived.

During the trial in 2006, Torres denied that the exchange with Valdez about arresting Perez had ever taken place. The jury, though, believed it had occurred. Despite that, the appeals court found that Torres' contention that Perez would be arrested "immediately" did not mean she was "entitled to pursue a claim against the municipality."

Providing police protection to the public does not create a duty to a particular individual who is a victim of violence, the judges determined. "The government is not an insurer against harm suffered by its citizenry at the hands of third parties," their ruling said, adding that a call or conversation with a member of the police force does not create a "special relationship" beyond the duty owed to the general public.

The Bronx jury had awarded the plaintiff damages of $9.93 million, but found that she and the city were each 50 percent at fault for the attack. They attributed fault to Valdez because she returned to her home and stepped out of her apartment into a "zone of danger," even though she had no reason to assume Perez was actually in custody.

The Court of Appeals opinion written by Judge Victoria Graffeo relied on this finding. It was not reasonable, according to the judges, for Valdez to conclude, based on nothing more than the officer's statement, that the police were going to arrest Perez "immediately" and "that she could relax her vigilance." This erroneous belief on her part apparently led her to exit her apartment some 28 hours later without having any further contact with the police.

Valdez testified that she did not call Officer Torres again to inquire because she believed he would not be at the precinct but would be looking out for Perez. The city argued that arresting Perez "immediately" would be impossible since the police would have to find him first.

"Although, in a colloquial sense, we should be able to depend on the police to do what they say they are going to do -- and no doubt the police have an obligation to attempt to fulfill that trust -- it does not follow that a plaintiff injured by a third party is always entitled to pursue a claim against a municipality in every situation where the police fall short of that aspiration," Graffeo wrote. "The element of justifiable reliance must be assessed through the prism of reasonableness, and liability will not always extend to a municipality for injuries caused by the violent acts of a third party."

To illustrate what would constitute a special relationship, the judges cited an earlier case on Long Island in which a police car was stationed at the victim's home awaiting the purported assailant. In that case â€“ Mastroianni v. County of Suffolk -- the victim was attacked when the officers left for a dinner break.

In the Valdez case, Chief Judge Jonathan Lippman came to the opposite conclusion from the court majority and would have upheld the jury's verdict. He found that the jury was entitled to determine that Valdez acted reasonably in relying on Torres' statement to her.

Using strong language in his dissent, Lippman wrote, "It does not seem possible to say as a matter of law that it is unreasonable to expect the government to act in accordance with its legal mandate... . This is from a legal perspective merely incorrect, but from an equitable and policy perspective devastatingly wrong. Orders of protection are intended to, and do, foster reliance. To now say that they may not be reasonably relied upon, even in a situation where the party who has been adjudicated in need of protection has been specifically promised that the order will be enforced and has no objective indication that her reliance was misplaced, fundamentally subverts the utility of these orders."

Lippman characterized the events as "lulling the injured party into a false sense of security" that induced her "to relax [her] own vigilance or to forego other available avenues of protection."

A second dissent was by Judge Theodore Jones. The judges joining in the majority opinion were Eugene Pigott, Susan Read, Carmen Ciparick and Robert Smith.