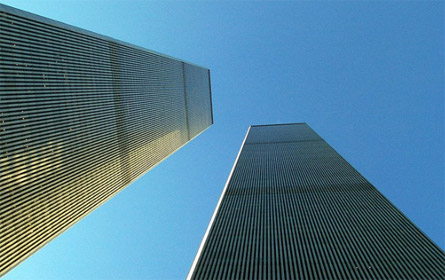 The direct losses to New York and the United States from the World Trade Center attack are incalculable when one considers the personal and emotional loss to family and friends of the victims, as well as to all other New Yorkers, who have contended with the specter of 9/11 during the past decade. Yet, the magnitude of the losses and especially the recovery are being calculated daily. Indeed, Mayor Michael Bloomberg recently claimed: "As we look back on the past decade, and as the picture of what has happened here comes into sharper focus, I believe the re-birth and revitalization of Lower Manhattan will be remembered as one of the greatest comeback stories in American history."

Other aspects of the impact of the tragedy also can be measured. Here we use demography to look at the victims, the neighborhood and the financial businesses -- the so-called FIRE or Finance, Insurance and Real Estate, sector -- to gauge the magnitude of the loss and extent of the recovery from 9/11 for Manhattan and the city. As we will see though Lower Manhattan has come back in certain respects, Manhattan no longer accounts for over half of all employment in the FIRE sector. Perhaps, this is not surprising given the magnitude of the attack.

Information provided by the medical examiner and the Federal Emergency Management Agency and unearthed by the New York Times helped fill in the picture of this unprecedented catastrophe. Census information on businesses and those working in lower Manhattan before the attack throw into high relief the stark dimensions of the direct toll.

All of New York City and the United States lived through the attack, but those who died came from very narrow slivers of space, both actual and socio-economic. Indeed, more than two thirds of the 2,753 victims, or at least 1,946, died on the upper floors near or above where the planes crashed: the top 19 floors of the North Tower and the top 33 floors of the South Tower. When one adds the firefighters (343), police and other rescue workers (about 90) and the victims from the two planes (157), one has accounted for almost 90 percent of all victims.

The bond trading firm Cantor Fitzgerald lost 658 employees; Marsh and McLennan, an insurance firm, 295; Aon, another insurance firm, 176; Fiduciary Trust International, a financial firm, 87; the Port Authority, 75; Windows on the World Restaurant, 73; Carr Futures, a brokerage firm that is now part of Newedge, 69; Keefe, Bruyette and Woods, a security brokerage firm, 67; and equity analysts Sandler O’Neil and Partners, 67. All these companies had offices on high floors in the towers. Risk magazine, the trade bible of the derivatives industry, which defined much of finance in the last two decades, was having a conference at the top floor restaurant Windows on the World. Everyone in attendance, including many high executives, perished.

Given the firms for whom many of those in the World Trade Center worked, as well as the large number of firefighters and other rescue workers, the other demographic facts should not be that surprising. The victims were overwhelmingly male (about 75 percent), young (many under 40, most under 50) and white (about 75 percent). Only about 8 percent were black, 9 percent Hispanic and about six percent Asian. About 75 percent were born in the United States, and the others originated from many different countries. Together New York and New Jersey residents accounted for about 87 percent of the victims. Many of the airplane passengers came from Boston and California.

As for the neighborhoods where the victims lived, we now know that the Upper East Side had the most losses (44), while Hoboken, N.J., had the highest proportion of loss of any single area, losing 39 residents, or about one per thousand. Given the high paying jobs at many of the companies in the World Trade Center, it is not surprising that many of the victims lived in very affluent parts of the metropolitan area, including the Upper East Side and Basking Ridge, N.J.

10048 and the Financial District

The World Trade Center had its own ZIP code, bounded by West, Vesey, Church and Liberty streets. According to the census, in 2000 only 55 people resided in that zone, but in terms of business activity, the area was something to behold. Within its boundaries, some 1,294 establishments employed about 31,119 people, and 928 of these firms were in finance or real estate, including insurance.

Altogether, the 1,294 companies paid about $3.9 billion (all figures are in 2009 dollars) in wages and salaries, averaging about $126,000 per employee, far higher than the average for the New York metro salary of about $69,300 per employee. Few other ZIP codes and none outside of the Financial District rivaled the World Trade Center in generating employment income per employee. Most of the stores, restaurants and other retail establishments paid high rent to be in the trade center. Sandwich shops and other establishments, where less well-off employees worked, were mostly "just" across the street in another ZIP code.

The 2,000 or so victims who worked in offices will never return to their desks at the World Trade Center. The many victims who served them -- from the staff at Windows on the World, to the firefighters and other emergency personnel who tried to save them --will not return either. Beyond them, another 30,000 workers, who used to work at the trade center, also do not go there anymore.

The loss of ZIP code 10048 represented a blow to the heart of the financial district. Indeed, those working there, though just a small slice of the city's population, nonetheless represented many aspects of New York City society: the wealthy older executives at the Risk conference or running some of the firms, the young traders on the make (some of whom no doubt spent their very high incomes), the immigrants working in the service fields, the computer techs, the lawyers and others all supporting the financial community defined ZIP code 10048.

Ten years on, data suggest that the recovery from the 9/11 is not yet complete, neither for Manhattan's financial sector nor for the area in lower Manhattan that included the World Trade Center. Many more people live in Lower Manhattan today than were counted in the 2000 census, as the singular focus on finance and the rest of FIRE sector could have dimmed.

Considering employment in downtown Manhattan south of the Holland Tunnel, in 2000 there were about 248,000 employees with average salaries of about $120,000 per year. By 2005 that figure had risen to 271,000 averaging about $115,000. By 2009 in the midst of the financial crisis, the number had declined to 268,000 and the average income had dropped to about $106,000. Though employment is up somewhat, the average wages, even before the boom and bust, has lagged those in 2000, indicating, perhaps, more employment in other less lucrative sectors and less employment in the extremely lucrative FIRE sector.

So 10 years after 9/11, exactly what will happen to the area that was designated 10048 has yet to be fully determined, as conflicts continue over what will be built in the shadow of the towers and who will occupy the new offices. Beyond 10048, however, the financial sector seems to have not recovered completely, though employment, if not average income, has continued to increase in lower Manhattan. It seems Manhattan has permanently lost a substantial share of the financial sector.

It is true several banks and other businesses are planning sites inlower Manhattan and in the area around the trade center, and many have moved back to the areas. Despite all of that, the FIRE sector in Manhattan still is diminished and seems to be declining relative to the rest of the metropolitan area. So beyond the memories of the victims and the grief of their families, Manhattan and New York City are likely never to fully recover the losses to the financial sector brought on by 9/11.

Source Note: All the data regarding the number of employees and wages paid are from the County Business Pattern data,which includes some data on Zip Code Business Patterns)