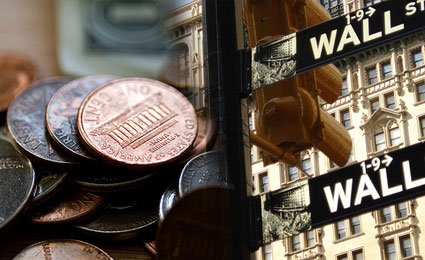 The Independent Budget Office's January Fiscal Outlook and other recent budget reports just might give Mayor Michael Bloomberg and the City Council members who extended term limits at least a brief twinge of regret. For the remainder of this term and probably for part of their next, they will confront increasingly grim economic and fiscal prospects. The mayor's November Plan, the modification of this year's budget approved by the council in December, already looks like ancient history.

The mayor in November forecast a $1.3 billion budget deficit for fiscal year 2010, which begins July 1, 2009. The Independent Budget Office now projects a $4.3 billion gap. While the mayor in November set the estimated 2011 deficit at $5.0 billion, the IBO now puts that number at $7.0 billion. A report by the state comptroller says the 2011 deficit could reach as high as $8.0 billion.

What has happed since November, of course, is that the economy has spiraled downward. The now-acknowledged recession is costing hundreds of thousands of people across the nation their jobs and causing plunging tax revenues at all levels of government.

The impacts of that recession were slow to affect New York City. But now everything has changed. Job losses in the city are accelerating and, with that come projections of sharper tax revenue losses and growing budget deficits.

The IBO report says the city will lose 243,000 jobs the peak of 3.8 million jobs reached during the first quarter of 2008. Some 82,300 of those lost jobs will be in the financial activities industry, 48,900 in securities jobs alone.

In general, the IBO report paints a weaker job picture than the mayor did two months ago. Bloomberg forecast a loss of 147,000 private-sector jobs through this calendar year and assumed the number of jobs would begin to grow again in 2010.

As a result of the jobs losses and overall deteriorating economy, business and personal income taxes will plummet, according to the IBO. The three business income taxes -- the general corporation tax, the banking tax, and the unincorporated business tax (mostly a tax on professionals like accountants and lawyers) -- tripled to over $6 billion from 2003 to 2007. By 2010, the IBO see them declining to $3.7 billion, a 38 percent drop in three years.

The office expects personal income tax revenues to drop by $1.4 billion from the current 2009 fiscal year 2010. And its sees only modest increases in revenues from the tax in 2011 and 2012.

There is some good revenue news. The most stable -- and by far the biggest -- of the city's major taxes is the real property tax, which, because of the complex nature of the tax, is much less subject to current economic conditions. The IBO says property tax revenues - after the 7 percent rate increase for the second half of fiscal 2009 approved by the council in December -- will total $14.4 billion this fiscal year, a 10.1 percent increase from 2008.

The current and future deficits have forced the mayor into a new budget strategy. In recent years, the big surpluses, for the most part, have been carried over to cover expenses for subsequent years, making each year's budget balancing that much easier. In addition, the mayor placed $2.5 billion of the 2006 and 2007 surpluses in a new reserve fund, the Retiree Health Benefits Trust Fund, to be used to meet future liabilities for retirees' health expenses.

Today, both these strategies have faltered. The $1.8 billion surplus in 2009 that the mayor hoped to use to fill gaps in the 2010 budget has shrunk to $568 million, according to the IBO.

Furthermore, Bloomberg proposes to use more than $1.1 billion of the retiree health fund to make up for the anticipated growth in pension expenses caused by losses in pension fund investments. That move has caused some grumbling from the IBO and the state comptroller.

The IBO, for instance, says the new use of the retiree trust fund "undermines the city's goal of beginning to fund its enormous liability for future retiree healthcare expenses."

And the state comptroller's December report says that the move can be seen as "a sign of serious fiscal stress" that will shift the burden of paying retiree costs to future taxpayers. In contrast, the city comptroller in his December report on the state of the city's economy accepts the temporary use of the retiree money but urges a quick replenishment of the fund.

To fill the deficit, the mayor has asked agency heads to prepare for an additional 7 percent cut in expenditures, which would save $1.4 billion. He also has proposed an unspecified $800 million in new taxes. These moves would cover only half of the IBO's projected $4.3 billion deficit, although Bloomberg may come up with additional cuts and taxes when he announces his preliminary budget at the end of this month.

The State and Federal Role

That preliminary budget for fiscal year 2010 will represent the next step in what will likely be a tough five-month struggle to balance next year's budget and stabilize the city's longer-term fiscal condition. Uncertain state and federal politics complicate the picture.

New York State, which is more dependent on Wall Street revenues than the city, cannot help the city close its budget deficit. The best that can be expected is that cuts in state aid be kept to a minimum. The biggest problems for the city in Gov. David Paterson's proposed budget, as the IBO points out, are a proposed $600 million cut in state education aid and elimination of $327 million in state revenue sharing funds which - unlike education and other state aid - can be used to balance the city's budget.

An increase in the federal portion would lower the state's spending on Medicaid. Those state savings, if shared with the city, would free up city money for other expenses or budget balancing. Unfortunately, though, as the IBO points out, it is not clear that any such federal aid would require the states to share the benefits with their local governments.

The alternatives to major federal fiscal help are the old stand-bys: more taxes or more cuts. That's a grim picture for the city.

In the meantime, all the economic projections remain uncertain, making budget planning even more difficult. Fiscal monitors disagree, for example, on when the city will come out of the recession. The city comptroller sees a turnaround starting in the middle of calendar 2009; the IBO does not see even slow job growth beginning until the second quarter of calendar 2011.

The IBO acknowledges that just a year ago, its analysts, like other economic forecasters, did not expect a U.S. recession. Now many agree with the city comptroller who last month acknowledged that "additional shocks to the financial system" could result in "a truly epic slump."