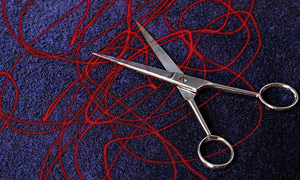 Mayor Michael Bloomberg's November budget modification is interesting for two reasons. First of all, it underscores the city's short-term budget health. Modifying this year's budget to keep it balanced remains a relatively easy task. Quite unlike the alarms spilling out of Gov. David Paterson's office, the modification for the city has no sense of immediate urgency.

(For more on the cuts and the City Council's reaction to them, see related story.)

Secondly, despite that, it is indeed full of warnings about the city's mid and long-term fiscal prospects. Further, it includes several hints of how the mayor will address big deficits in 2011 and 2012, including drawdowns from the Retirees Health Benefits Trust Fund and some less-than-progressive tax increases.

The city's conservative revenue estimates and the mayor's habit of building budget surpluses, then rolling them over into future years -- $6.5 billion last year alone - thus far have cushioned the economic decline's impact on city services. In fact, the November modification accomplishes its first priority -- re-balancing this year's budget -- quite easily. The budget shortfall at the moment (mostly from a drop in business income taxes) is only $300 million, a tiny fraction of a $60 billion budget, and the mayor's already implemented cutbacks this year - about 2.2 percent of agency spending - more than cover it.

The controversy has arisen from the mayor's two revenue recommendations -- rescinding the 7 percent property tax rate cut in January, worth $576 million in new revenues, and trying to cancel this year's $400 rebate for homeowners, worth $256 million. These revenues and the agency cutbacks together actually would increase the city's budget surplus for this year by nearly $1 billion. Assuming all this happens, these moves, along with other anticipated surplus and reserve funds, would put the city on the road to a 2009 surplus of over $2 billion.

The City Council usually just rubberstamps modifications. This time, though, the property-tax changes became the focus of council ire.

At the first of the hearings, on Nov. 17, council members grilled Bloomberg budget director Mark Page. During the questioning, Finance Committee chairman David Weprin produced a document -- from the mayor's office -- saying the rebate could not be canceled without council approval. Since the council has indicated it would not agree to this part of the mayor's plans, it seemed the checks would soon be in the mail.

On Wednesday, though, Bloomberg indicated he would continue to block the rebate, setting up a showdown between him and the council. By the end of the week, the mayor was striking a somewhat more conciliatory tone, opening the way to possible negotiations.

One of the significant debates in current and future council hearings likely will focus on the actual impact of big cuts in education. The mayor argues that the cuts will be in administration and other non-classroom areas. The council will respond with its own list of administration cuts, saving $150 million, Council Speaker Chris Quinn said in an October speech to the business-sponsored Citizens Budget Commission

As the council and the Department of Education joust about "administration" cuts, they might look at the Independent Budget Office's new fiscal brief "The School Accountability Initiative: Totaling the Cost." The study - hampered, as the IBO puts it politely, by "the limited information available to outside agencies through the city's financial data systems" (See Gotham Gazette's "High Stakes Test" for more) - shows how slippery the definition of administration can be.

The IBO estimates that administering the schools' new accountability initiative, which prepares the school progress reports or report cards and launched in April 2006) cost $130 million last year, and will cost $105 million this year. Alternatively that $130 million could buy 13 million paperbacks at $10 each, or about 13 books for every student in city schools, pre-K to 12.

According to the education department, however, using a more narrow definition of accountability, the initiative cost only $37 million last year and $48.5 million this year.

The mayor's November modification takes care of the small 2009 budget deficit, and, if the council buys into the January 2009 property tax increases, also reduces the projected 2010 deficit from $2.3 billion to $1.3 billion. That too would be manageable.

Then the real trouble begins. For instance, the first major sign of fiscal stress stemming from Wall Street problems is the modifications projection that the city in 2011 and 2012 will have to make up for approximately $1.1 billion in city pension funds lost recently in the stock market.

The mayor proposes to solve the pension fund problem by taking a total of $1.1 billion from the Retiree Health Benefits Trust Fund in 2011 and 2012, a mayoral discretionary (or "rainy day") fund originally designed, as its name suggests, to meet city liabilities for future health expenses of city retirees. The fund received a total of $2.5 billion from budget surpluses in 2006 and 2007.

Both Quinn and City Comptroller Bill Thompson have in recent years proposed a legislated rainy day fund that would set the terms for a fund draw-down in a fiscal crisis, and it will be interesting to see how they respond to the mayor's sudden change in the use of that fund.

Even with drawdowns from the retirees fund, deficits for 2011 and 2012 will average $5 billion. The current modification looks ahead, and its revenue options in the modification for 2010 provide at least a hint of where Bloomberg might go with tax policy. However, his short laundry list of tax increase options reads more as a partial primer than as a comprehensive revenue plan, interesting as much for what it leaves out as what it includes.

The city's current four-year fiscal plan already assumes that, in July 2009, the average property tax rate will revert to its 2002 to 2006 rate and stay there. The proposed November modification, as noted earlier, would simply make the rescission effective in January 2009 rather than July.

This means other revenues will be necessary. The modification offers several possibilities to meet the 2010 deficit: three options for increases in the sales tax - the most regressive of all taxes -- and two options for across-the-board rate increases to the personal income tax.

Notable for their absence are any options to increase business taxes or to restore a more progressive personal income-tax rate structure. In a city that overwhelmingly voted for Barack Obama and, presumably, for his progressive tax agenda, including tax cuts for working and middle class families (see "Candidate Talk Taxes"), the mayor's options of 7.5 percent and 15 percent across-the-board increases in the personal income tax rate hit these same, most vulnerable of taxpayers.

Taking two of these options -- raising the sales tax rate to 4.25 percent and increasing the personal income tax across-the-board by 15percent -- would raise $1.5 billion in 2011, only 30.5 percent of that year's projected $5 billion deficit.

What then? The mayor in a brief statement in the modification said, "We have tried to strike a balance between increases in revenue and decreases in planned spending," so the balance in 2011 would presumably come from further unspecified (across-the-board?) agency cuts.

The mayor should be commended for providing extensive information in the November modification. The summary document alone runs 55 pages. But there is minimal explanation of the data in the summary and, more importantly, too few options and too little big thinking. In its February 2008 Budget Options for NYC, for instance, the IBO listed 29 revenue options.

The IBO lists five scenarios for the personal income tax alone. All would make the tax more progressive. The most familiar, a version of the 2002 increase, would add two top rates. A 3.9 percent rate would go into effect for joint filers with incomes of $225,000 and above and a 4.2 percent rate would kick in for joint filers with income of at least $450,000. This would raise over $600 million in 2010 and would leave the rates for working and middle-class New Yorkers unchanged, a big plus in a slumping economy.

One other big revenue producer is worth noting again, but it would require changing the conversation between mayor and council. Instead of debating how to cut $200 million or $400 million from the education budget, why not look seriously at tolling the East and Harlem River bridges? Kids vs. cars? The IBO estimates the city could raise over $800 million with a toll plan.

The pain ahead for New Yorkers is not likely to be "across-the-board," and at some point the budget decision-makers will need to set some priorities. Across-the-board tax increases and across-the-board service cuts don't meet that challenge.