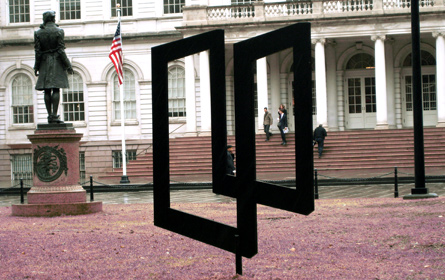 The quiet release in February of the Preliminary Mayor's Management Report for FY 2010 -- a mandated report intended as a mid-year review and adjustment of mayoral budget plans -- comes amid increasing questions about how the Bloomberg administration manages data and addresses major social and economic crises. Rather than inform that debate, the new report simply ignores it. As a result, controversies surrounding school test scores, the rapid expansion of charter schools, and the role of parents in the schools are not addressed. Nor do we learn how the city might meet economic and social emergencies, such as the doubling of the unemployment rate in one year, to more than 10 percent, and a big escalation in homelessness.

The lack of substance in the management report is not a surprise since the mayor proposed -- unsuccessfully -- to eliminate the preliminary management report during the last mayoral charter revision commission in 2004-2005. Since that defeat the report has become an unfocused collection of old indicators, new indicators -- most of which serve to put the administration in a favorable light -- and random one-line "highlights."

The Department of Education

For instance, in the mayor's top priority area, education, the report provides little sense of how the department manages programs and does almost nothing to hold the department accountable. Of 64 academic performance statistics, only 17 have actual data for the first four months of this fiscal year. Only 21 set targets for the current fiscal year. Of 21 "critical" statistics among the 64, only one provides actual data for the current year, and only three offer a target for the year.

The first four months of this school year have seen repeated parent objections to school closings, lack of parental access to school decision-making and the placements of charter schools in public schools, but the management report gives no indication of any of that. All the reader learns about parent participation is that the school system received nearly 119,000 calls on the 311 system. The two most frequent questions (38 percent) were about the school calendar and finding a school.

Also, we learn that phone calls to school parent coordinators increased by 37 percent. The latter fact could have some value as a management indicator: Why the dramatic increase in calls? What happened as a result? No answer.

The report's education section blends questionable state test data and in-house school-grading standards. For more than a year, articles in the New York Times and the Daily News have challenged the accuracy of state math and reading test scores as well as the city Department of Education's own method of grading schools. The report simply ignores these questions and makes the presumed success of schools on their Progress Reports (or school report cards, a "critical indicator" crafted by the department) the first "Performance Highlight": 92 percent of schools received grades of A or B. The reason? "Significant increases" in test scores. The management report stresses the test scores even though education department officials have said they expect to change the system.

One useful education indicator in the report is class size -- key for many reformers -- where actual data exists for the current fiscal year. But here, too, the facts don't lead to any useful comment about management. Since fiscal year 2007 class size in the crucial grades kindergarten through three has gone up an average of one student per class , although the department’s budget during that time has risen from $15.8 billion to $18.4 billion (and by $536 million in the past year).

Acknowledging the increase, the management report explains cryptically: "With school budgets decreasing this year while teacher salaries increased, DOE has managed to avoid massive increases in class size by working with schools to avoid cuts to classroom staff where possible."

That's it for analysis on class size. There is no word at all about another controversial topic: charter schools. With 99 charter schools currently in place and 100 more proposed by the mayor, the lack of any mention of them, let alone data on achievement and enrollment, is bizarre. Similarly, the report says nothing about another innovation, the creation of new small public schools.

The first "Performance Highlight" in the Department of Homeless Services section of the Preliminary Mayor's Management Report, like that in the education section, shows a 90 plus percent success: Some 94.3 percent of families with children who received preventive services in the first four months of the fiscal year 2010 did not enter the shelter system, an improvement over the previous year (92.6 percent).

But there is no reference to how many families received such aid. It is only in the third "highlight" that the report cites a 25 percent increase in the number of families with children entering shelter in those same four months. And one must turn two pages to an indicator table to find that the total number of entering families is 5,674, or 1,124 more than in the previous year. That same table shows a 34 percent increase (not addressed in the text) in families with children entering shelters in the previous full fiscal year (i.e., from fiscal 2008 to fiscal 2009).

How is the city responding to this extraordinary influx over the last year and a half? And why has homelessness increased so sharply when the administration undertook programs aiming at a substantial reduction in homeless families? No answers. All we learn is that the city is using federal money "to expand prevention and anti-eviction services in the community."

The report provides no indicators or comments about those who actually provide help to families and single adults in 201 privately run and 11 city-run shelters. The private agencies will spend over $700 million, or about 78 percent, of the department’s $915 million budget this fiscal year. But because reporting about contract agencies is handled by another mayoral agency, the Mayor's Office of Contract Services, the management report does not address the delivery of these services.

Details about nonprofit contracting, including management indicators such as performance ratings were, under former Mayor Rudolph Giuliani, included in preliminary and final management reports. Now, the mayor's contract office publishes only a single report every September, entitled Agency Procurement Indicators, which, like the management reports, is more a jumble of data than a management review.

It is the contracts office, rather than the city agencies, that monitors human services contract agencies. This is a huge assignment.

The most recent contracts report, issued in September 2009 notes that in fiscal 2009 the city worked with 1,463 nonprofit human services providers, representing $10.8 billion in contracts. Typical of the report's style, the only references to homeless services (whose $600 million in contracts last year made it the ninth biggest contract agency) are simple program descriptions of two small contracts in Brooklyn.

Less than two pages of the September report are devoted to non-profit human services "vendor compliance." The report notes, "While these vendors generally work tirelessly and effectively on behalf of New Yorkers in need, there are infrequent -- but serious -- cases of abuse that shake the public's confidence in the integrity of the nonprofit sector." In addition, some contract agencies "experience significant fiscal management challenges." The report does not offer any information on who those agencies might be or what challenges they might face.

As a result, eight years into its tenure, the Bloomberg administration has created what it calls "a relatively new addition to [its] vendor responsibility reviews," a Capacity Building and Oversight initiative. Of the 1,463 nonprofit human services providers, 673 (with 4,390 contracts) have contracts worth over a million dollars, the basic threshold for scrutiny by the initiative.

Apparently Capacity Building and Oversight does not yet have any results to share with the public. But the contracts report promises us, "About 98 percent of the total dollar volume" of human service contracting will ultimately be covered by this new review process.

The preliminary management report gives even shorter shrift to economic development, a key policy area. In its two pages the report on the city's Economic Development Corp.has only one reference to job loss in the city.

It appears as the last of six "Preliminary Performance Highlights": The unemployment rate in the first four months of this fiscal year was 10.1 percent, up from 5.9 percent during the same period a year ago.

The one-sentence response to this disturbing statistic: "The increase is principally the result of the large job losses associated with the recession that began in August 2008."

The highlights section does not discuss what the city can or might do about alleviating the unemployment problem. But it does include a 90 plus percent performance statistic: As of Oct. 31, 2009, nearly 92 percent of all property managed by the Economic Development Corp. was occupied.

The one big political battle that the Economic Development Corp. was engaged in this fiscal year, the plan to develop the Kingsbridge Armory in the Bronx, gets no mention. That plan, which promised the creation of 2,000 jobs, foundered on the mayor’s refusal to accept a requirement that all companies in the projects pay their employeees a living wage -- $10 an hour with benefits, $11.50 an hour without benefits.

The contracting office's September report puts the mayor's decision on the armory contract in an interesting context. The city has 176 contracts, worth $134 million, that the contracts office monitors to assure compliance with the city's own living wage law. These contracts apply to such services as day care, home care, Head Start, and food services -- but not to retail jobs in the Bronx.

But the management report is not about political controversy. Nor is it about management accountability. It has become a reluctant, bureaucratic exercise that avoids policy and political discussion.

If it has any coherent goal, it seems to be a search for, or creation of, positive indicators that show 90 plus percent performance success. The creation of a new charter revision commission, in theory, would be a welcome opportunity to review the current city charter mandate for management review. But there is a near-zero percent chance, given the administration's lack of interest in any public discussion of its management practices, that such a review will take place.