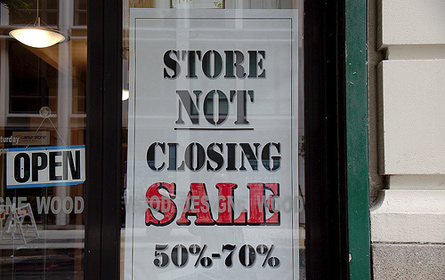 Job numbers are up, unemployment is down. Consumer confidence is up. Gross domestic product has increased for three quarters. It sounds like the recession is behind us and we're on the road to recovery.

Wait, don’t pop that cork yet. Our economic house may no longer be burning down, but it's not quite ready for us to move back in. It was badly burned and it will take quite a while to make it livable once again.

A Bad Recession for New Yorkers

The country has gained over 500,000 jobs so far this year, but while the Great Recession might be over in a technical sense for the nation and New York City, the recovery path will be rocky and long. It's true that New York City lost proportionately fewer payroll jobs in this recession than in the downturns of the early 1990s and the early 2000s. Yet, by other measures, such as the falloff in total wages or the rise in joblessness among city residents, this recession is every bit as bad as -- or worse than -- the two that preceded it. Also, given the far-reaching changes we've seen in our economy and the finance sector, it is less likely that there will be a quick and steady rebound. This column examines why we are not out of the woods of economic adversity.

Consider the figures below that show major indicators for New York City during this and the two prior recessions, both of which were widely recognized as very severe slumps that took a heavy toll on average New Yorkers.

Using figures from 2009, the single year decline in total wages outside the financial sector during this recession was almost 5 percent, much greater than the falloff in total non-finance wages during the single worst years of the two previous downturns. Many more workers suffered pay cuts and/or were forced to work fewer hours during this recession than during the last two. With wages dropping that much, households sharply curtailed their spending in neighborhood shops and restaurants.

Twice as Many Jobless City Residents

Unemployment also has increased much more in this recession than in the last two. From early 2008 until December 2009, the number of jobless city residents more than doubled, jumping by nearly 240,000. This was a much larger increase than in the early 1990s or the early 2000s. The unemployment increase this time has been about twice what it was during the 2001-to-2003 recession.

How can the increase in unemployment exceed the decline in the number of payroll jobs? The "payroll jobs" count comes from a survey of jobs in all businesses, including nonprofits and government, but does not include the self-employed. Even as the economy soured, people kept entering the labor force adding to the number counted as unemployed. At the same time, there have been far fewer opportunities during this recession for people to turn to self-employment when they lost their jobs, and that has boosted the unemployment rate as well.

The household employment figure covers only city residents, while the loss of payroll jobs includes all jobs lost in the city -- whether they were held by residents of the five boroughs or commuters. In the early 1990 recession, the loss in payroll jobs was nearly 200,000 greater than the decline in household employment within the city. This time, though, the gap has been far smaller, indicating that city residents have suffered a much greater share of the city's job loss. In the finance sector, which was spared in part by the bailout, commuters hold 40 to 50 percent of the highest paying jobs. In most moderate- and average-paying sectors, city residents hold 90 percent or more of the jobs.

New York City's employment loss in this downturn has been heavily concentrated in moderate- and middle-income paying jobs largely held by city residents. There is a lot of truth in the argument that the Great Recession has seen a sharp disconnect between Wall Street and Main Street.

Main Street has borne the brunt of the Great Recession in job losses, much higher unemployment and in wage declines far greater than those in the two prior downturns. Wall Street chalked up record profits in 2009 -- three times the previous record and more than the combined profits of the four years of the housing bubble from 2003 to 2007.

For the average New Yorker, the bite of this recession is severe, and there is no end in sight. In certain communities, unemployment rates are much higher than the citywide 10 percent rate. The jobless rates among blacks and Hispanics are 15 to 20 percent in central and south Bronx, central and east Brooklyn, Harlem, and Washington Heights are three or four times the unemployment rates among non-Hispanic whites on the Upper East and West Sides and in brownstone Brooklyn.

Moreover, the standard unemployment rate does not include those who are under-employed or who have given up looking for work because job prospects are so bleak. When such workers are included, the "real" unemployment rateis 17 percent, compared to the 10 percent level based on the standard measure. Many parts of the local economy show the signs of the Great Recession’s severity:

-- Bankruptcy rates among small and medium-sized businesses have soared and are three times what they were in 2006.

-- The disaster of predatory subprime mortgage lending has devastated many minority neighborhoods in New York City.

As bad as this recession has been, it would have been much worse were it not for the unprecedented federal stimulus package -- the American Recovery and Reinvestment Act of 2009. The act has pumped over $10 billion into the city economy so far and has created or saved an estimated 83,000 jobs in New York City and kept 250,000 city residents from falling into poverty last year. The fact that the recession has taken such a heavy toll despite the substantial, beneficial effects of the stimulus underscores the profound crisis represented by the Great Recession.

To get the city's unemployment rate back down close to where it was before the recession, we will need to add 400,000 jobs. That reflects the jobs lost plus what's needed to accommodate growth in the size of the city's labor force.

Given that, it looks like long-term unemployment will stay pretty high for some time. Already, half of unemployed New Yorkers have been jobless for over six months. This means that young adults ages 20-24, for whom unemployment rates are 20 percent (37 percent for teenagers), will face a particularly uphill climb into the job market. Plus, there is already evidence that older workers, many of whom saw their retirement savings devastated by the stock market crash, are staying on the job longer. Prolonged unemployment will depress wages as well, since people unemployed for long periods of time often see their salaries drop when they finally do find work.

Bubbles to the Rescue?

Although economists were surprised at how quickly New York City rebounded from the early 2000s recession and the effects of 9/11, we now realize that bubble conditions had a lot to do with that resurgence. Since the 1980s, periods of economic growth have been heavily influenced by financial excesses and bubbles.

This time around, it seems doubtful that much of a sustained recovery is in the works. The tenuousness of the current "recovery" was made clear recently when the non-governmental body responsible for dating the turning points in the economic cycle stated that it could not rule out a "double-dip" recession.

We don’t know what will happen when the effects of the big federal stimulus package wind down. Current city and state budget problems could lead to more cuts and layoffs, exacerbating the unemployment situation.

The housing market, usually a major engine of recovery, was crippled by the bubble. Consumer spending that makes up two-thirds of the economy will be dampened for at least the next year or two by weak job growth, stagnant wages, and high debt burdens.

More than anything else, the recovery of the city economy depends on a sustained recovery at the national level. We have an enormous stake in the president and Congress fixing the economy. Meaningful financial reform and additional economic stimulus are critical, but far from sufficient. We need policies to spur job creation and investment, including wage subsidies, public service jobs and more infrastructure spending to build a better foundation for economic growth. We also need an increase in the minimum wage, the Employee Free Choice Act to break down barriers that thwart workers' efforts to form unions, and a reauthorization of national welfare reform that reduces poverty levels that haven't seen sustained improvement since the 1960s.

New York City government and the state can support a real recovery by making sure that they don’t worsen unemployment and the well-being of moderate and middle income New Yorkers by slashing essential programs and services. The city can also use economic and workforce development resources to raise low wages that keep hundreds of thousands of city residents and their families below or near the poverty line. By the city’s reckoning, the 2008 poverty threshold for a four-person family was $30,419. Yet, median weekly earnings for city residents who are not managers or professionals were $504 in the last quarter of 2009. That would make yearly wages of $26,208, 14 percent below the poverty line. Relying on better wages for every New Yorker makes a lot more sense as an economic recovery strategy than waiting for Wall Street bonuses to trickle down.