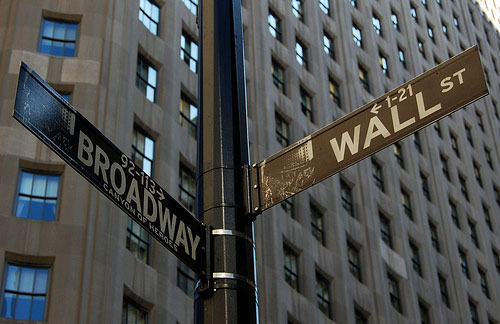 This year's budget for New York City is among the most challenging we have seen in recent years, including nearly $2 billion in painful cuts to schools, day care, senior centers, libraries, firehouses, food programs, jobs program and other essential services.

Even as working New Yorkers are bracing themselves for these cuts, Mayor Michael Bloomberg and his administration have refused to consider taking a more balanced approach by enacting new revenue-generating options that would reduce cuts by asking Wall Street and the wealthiest city residents to put in their fair share. The current economic crisis has only made already longstanding inequities in our city much worse. In taking revenue options completely off the table, the administration is failing to demonstrate the leadership that the majority of New Yorkers needs in order to bring more fairness to the current budget and to secure a stable future for all residents of our city.

With an even bleaker outlook for next year, the city simply cannot wait any longer to ask the wealthiest for their fair share. This coming year, thousands of low and moderate-income families could find themselves hit by budget cuts on multiple levels and across generations -- in just one low-income area in Brooklyn, two child-care centers, a senior center, a health clinic and a public pool are all on the chopping block. Meanwhile, the safety and quality of life of our communities as a whole could be compromised by the closure of fire companies, the reduction of public health services and decreased maintenance in our parks.

How many more cuts can our families and neighborhoods endure?

This spring, almost 2,000 New Yorkers responded to our online survey about the city's budget and to consider revenue generating options. An overwhelming 89.4 percent said that the city should protect vital services by asking more from those who can afford to pay. Instead of solely slashing services, survey respondents preferred closing a tax loophole for hedge-fund managers and asking for just a bit more from our wealthiest citizens (Read more about the survey results here).

In spite of the financial crisis, Wall Street just had a record year, with $61 billion in profits, largely due to a taxpayer-funded bailout. Yet private equity and hedge fund managers enjoy a loophole that makes the vast majority of their income exempt from the New York City unincorporated business tax (which any other partnership or sole proprietor business is subject to). Closing the city’s "carried interest" loophole would generate $100 million to $200 million for New York City, desperately needed funding that could help restore some of our drastic cuts.

This issue has gotten the attention of Congress. The House of Representatives has passed a bill that would begin to close the federal loophole, and the Senate may be looking to do the same. Sen. Charles Schumer -- a strong supporter of Wall Street and its role in the city and state’s economy -- has come out in favor of the House's proposed change and has rejected claims that it will create adverse effects for our city’s financial sector.

Survey respondents also favor restructuring the city's personal income tax to make it fairer, and ask for a modest increase on our wealthiest residents. Right now, when all state and local taxes are considered, the wealthiest 1 percent of New Yorkers actually has a lower tax rate than the middle class, the working class or the poor.

The working families of this city have already been asked to make enormous sacrifices in recent years, in part as a result of a regressive sales tax, property tax and water rate increases. Now they will continue to make more sacrifices as they see the erosion of the services that so many of them depend on.

It is time to ask hedge fund managers, Wall Street executives and the wealthiest New Yorkers to share in the sacrifices that we are all making in these difficult times and to put in their fair share.

Unfortunately, Bloomberg has refused to have any discussion of revenue generating options. The mayor's "dead on arrival" response to approaches supported by most New Yorkers is disappointing and short-sighted.

We can achieve a balanced approach here. There will have to be some difficult decisions and even many painful cuts. But if we adopt a fair-share approach that balances cuts with modest revenue increases from those who can most afford it, we can make sure our neighborhoods and our city remains strong and vibrant through these tough times and move together toward better times ahead.