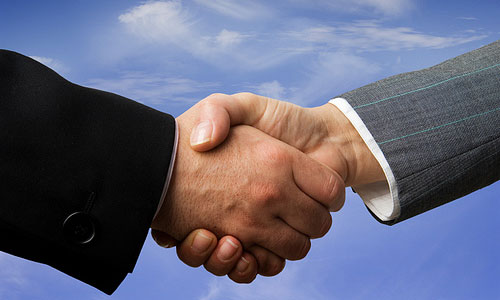 With six days to spare, the City Council and the Bloomberg administration agreed on a $63 billion budget late last night, saving both fire companies and public pools from closure.

Facing some of the steepest cuts in services since 2002, both Mayor Michael Bloomberg and Council Speaker Christine Quinn declared victory in City Hall's rotunda just before 11 p.m. Thursday, marking the occasion with the customary handshake and a kiss on the cheek. Both the mayor and the speaker emphasized the city's "on time" budget, taking a silent jab at the state, whose budget is nearly three months late.

The budget does not include any tax increases.

Calling the agreement "good news," Bloomberg said some of the measures in the fiscal plan would make government "better and more efficient." The comments were in striking contrast to his budget presentations earlier this year, which predicted doom and gloom for the city and layoffs in the thousands.

Nonetheless, the mayor acknowledged last night that the budget was full of tough choices.

"There just isn’t enough money to do everything we've done before and everything we'd like to do now," the mayor said. "But we worked hard to balance and preserve the core services we all rely on."

As part of the agreement, the council successfully negotiated to stave off the closure of 20 fire companies, and it restored funding for more than 200 positions at the Administration for Children's Services. About 3,000 slots in prevention programs and 72 child care classrooms at the children's services agency were also taken off the chopping block.

While the administration and the speaker said things could be much worse, the city's fiscal year 2011 budget is still not picturesque. The budget cuts $1 billion in spending. Both the speaker and the mayor acknowledged layoffs were necessary to deal with a $1.3 billion cut from the state and lower tax revenue in the city. Last night, officials did not have an estimate for how many people would lose their jobs.

Though some of the controversial cuts were reversed in last night's agreement, many New Yorkers will still feel pain.

Libraries faced $75 million in cuts in the mayor's executive budget, which threatened to close branches across the five boroughs. Quinn said last night that all branches would remain open, but services would be reduced from six days to five. The announcement was met with applause by the dozens of fellow council members behind her.

The mayor's executive budget threatened to close 50 senior centers and 16 day care centers. Under the budget agreement, some of those facilities will remain open, said council officials, but others will have to shut. As of last night, officials did not have details on what centers would stay open.

The mayor said the senior centers that would close are facilities "that nobody goes to."

"We appreciate that there is an agreement to keep some of the senior centers open," said Bobbie Sackman, the director of public policy at the Council of Senior Centers and Services. "Even the smallest senior centers, the ones that were losing attendees, somebody is going to miss that senior center."

In the budget agreement, the city also rolled back a proposal to eliminate 248 HIV and AIDS case workers at the Human Resources Administration.

Quinn also said the council's controversial discretionary funding -- money doled out to local nonprofits member by member -- would be "significantly less" than in prior years.

The council is expected to vote on the budget next week, and more details of what has been slashed will be revealed then.

Although Bloomberg was optimistic that the city would emerge confidently from the Great Recession, obstacles are still on the horizon. Should the city not receive federal funding for Medicaid, it could be back to the drawing board this fall, the mayor warned.