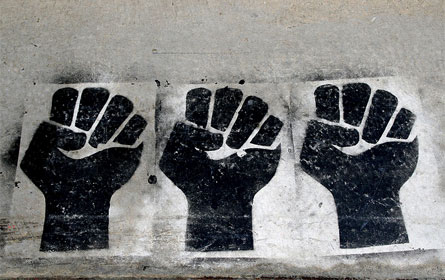 This is the first in a series of commentaries Gotham Gazette will run between now and Election Day on the charter proposals appearing on the November ballot.

From a public finance perspective, the final report of Mayor Michael Bloomberg's 2010 Charter Revision Commission is half-hearted, superficial and ultimately reactionary. The unhappy result is embedded in one of the seven disparate proposals tossed together in what will appear as Question 2 on the November ballot. (Question 1 will be the much better known term limits proposal.)

Many experts argued the city needed a countervailing force to balance the mayor’s broad budget powers. The proposal buried in Question 2 would instead give the mayor new powers. He could eliminate what he considers outdated city reporting requirements as well as advisory boards through a new seven-member commission that he would control. Bloomberg has been pursuing this goal, unsuccessfully, for at least seven years.

Further, in spite of the furor that followed the successful push by Bloomberg and Council Speaker Christine Quinn to extend term limits, the commission apparently saw no irony granting the mayor and a council speaker a new power to quietly get rid of reports and boards whenever it suits them.

At the same time, the final report did not act on suggestions for changes that would have made the city's budget process more democratic and transparent as well as providing better information on New York's fiscal situation. The report also ignores substantial issues relating to public finance â€“ mayoral budget accountability in particular -- that the mayor's 2005 charter revision commissiondeferred but urged be considered again.

What the Commission Didn't Do

The commission’s final report summarizes a number of interesting public finance ideas proposed during public hearings. Those ideas aimed to offset the strong fiscal powers of the mayor. For instance, some of the borough presidents proposed that they receive an "independent" or guaranteed budget, rather than depend on annual political decisions by the mayor and council.

The presidents used as their model the Independent Budget Office, which every year, under the 1989 charter revision, receives a budget (approximately $3 million in recent years) equal to 10 percent of whatever the mayor's Office of Management and Budget gets. Quinn proposed that the Civilian Complaint Review Board and Conflicts of Interest Board also have an independent guaranteed budget.

Mark Page, director of the mayor’s Office of Management and Budget, testified in opposition to independent and guaranteed budgets for municipal officials. According to the commission's final report, he "cautioned against devising fixed formulas that the city would have to accommodate for years to come and argued that it is difficult to devise a formula that can take into account the evolving demands faced by the city."

On the mayor’s current exclusive power to make city revenue projections, City Councilmember Lew Fidler and City Comptroller John Liu argued that the comptroller, rather than the mayor, should have that power.

On the question of fiscal transparency -- the public's ability to understand how the city’s budget works â€“ critics like Councilmember Gale Brewer continue to argue that the so-called units of appropriation -- total funding for, say, specific program areas -- are often so broad that it's impossible to trace where the money actually goes. The commission passed on that idea passed on any notion of breaking down such massive chunks into smaller and, more understandable blocks.

One of the least transparent parts of the city budget is its contract budget, now representing over $9 billion, or over 14 percent of the city’s $63 billion in spending for 2011. Steven Newman of the Human Services Council, an organization that represents non-profit firms that receive city contracts, argued that city agencies should submit an annual contract plan and create multiyear budgets for non-profits. He also recommended the city require a single audit for organizations that have several contracts. The commission ignored those proposals as well.

Behind the Commission's Proposal

The charter revision commission’s focus on the review commission is not simply disappointing. It is a step backward in terms of the issues discussed in the testimony, raising the likelihood of more self-serving executive actions and further marginalizing the City Council as an effective counter-weight to the mayor.

Reviewing the city's reporting requirements from time to time is certainly reasonable. City needs and functions change, data changes. But what this commission has done is bow to the Bloomberg administration's distaste for inside or outside accountability measures that it cannot control.

The distaste was apparent in the 2003 Bloomberg charter revision commission's failed effort to eliminate the Preliminary Mayor's Management Report, one of the two charter-mandated reports that ask the mayor to list fiscal and program goals and measure progress toward meeting those goals. Since the public's defeat of the 2003 ballot proposal, the mayor has simply not paid much attention to either the preliminary or final Mayor's Management Report.

The 2005 Bloomberg charter revision commission also tackled the question of how to reform city reports, but it ultimately deferred action after extensive research. It also gave serious attention to -- but again did not act upon -- several public finance reforms that the 2010 commission never touched. For instance, it urged looking at the way recent mayors have used the surplus revenues sometimes called "rainy day funds" and how the city could provide information on budgets and programs that would improve transparency and fiscal accountability.

It was the 2005 charter review commission that considered creating a model board to review public reports and advisory boards -- what it called a Commission on Public Reporting and Accountability.

That commission would have essentially been controlled by the mayor, with six of the nine members either his ex officio appointees or people specifically named to the commission. But the City Council, city comptroller and public advocate would at least have had the other three seats.

Under the 2005 model, the review commission would have to solicit comments on any proposed elimination of a report or board and hold public hearings. If the commission voted to waive a report requirement or abolish an advisory board, it would be eliminated. The City Council could, however, restore the requirement or board by passing a new law.

The 2010 charter revision commission proposal for report and advisory board review takes a narrower, more insular track. Its title itself suggests a retreat from a public-interest perspective: Gone are 2005’s “public reporting” and “accountability.” The new title -- "city reporting requirements and advisory bodies" -- is neutral and apolitical.

The makeup of the commission repudiates any notion of a balance of powers in city government. The mayor controls four of seven seats -- the ex officio heads of his budget, operations, legal and technology offices. The council speaker would get a seat and would appoint two other council members as well. The mayor's head of operations would be the chair. Gone are the public advocate, the city comptroller and any private member.

The process as well as the makeup of the commission has all the earmarks of an insiders' club. The commission reviews all report requirements and advisory bodies. In the event it chooses to eliminate one, the chair and the commission shall solicit feedback "to the extent practicable" from those who "the chair or commission reasonably determines are the subject of or are otherwise affected or benefited by the requirement under review." Not exactly a public process.

The review of commission's decision also seems minimal and undemocratic. Any proposed elimination is posted in the city record and on the city’s website and any solicited parities are to be informed of the decision. The City Council has 120 days in which to approve or disapprove the commission's decision. If it does not act during that time, the decision takes effect automatically.

In other words, a mayor and a council speaker could simply agree to the elimination of whatever reports or advisory bodies their tightly controlled commission chose without any legislative action at all.

That this mayoral-dominated new commission proposal will be presented to New York voters as part of Question 2 should be an embarrassment to the charter revision commission and the mayoral administration whose heavy hand is all over its architecture.