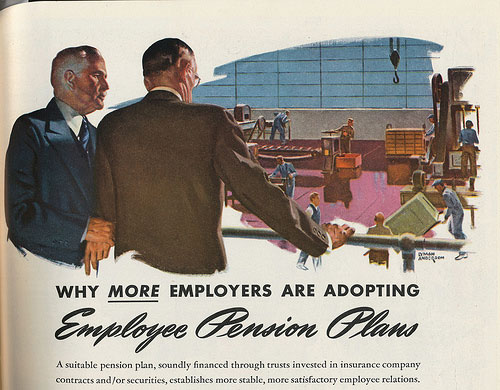 Newly minted Deputy Mayor Stephen Goldsmith wants to stick a pin in the city's ballooning pension costs, but unions think he is full of hot air.

Goldsmith, the former mayor of Indianapolis turned City Hall right-hand man, has made curtailing the cost of the city's pension system a major goal of Mayor Michael Bloomberg's third term, angering the city's labor leaders in the process.

In the name of government efficiency, the new deputy mayor and his political counterpart, Deputy Mayor Howard Wolfson, have pledged to force city unions to trade in their "unsustainable" pension system for a more fiscally palatable arrangement.

"We are reducing expenditures and probably employees who are currently serving the citizens of New York in order to keep up with our pension obligations," said Goldsmith in an interview with Gotham Gazette last week. "And every year, as far out as we can see, that dynamic gets worse."

He has the statistics to back him up. According to projections from the Office of Management and Budget, the city's annual pension allocation could increase by more than 360 percent from 2002 to 2013 -- the likely length of Bloomberg's tenure. Pension costs in the city's operating budget have skyrocketed from $1.75 billion in 2003 to more than $7.6 billion this fiscal year.

To fill the gap and cut down on costs, the Bloomberg administration is drawing up a dramatic overhaul of the pension system for consideration in Albany, including a proposal that would allow pensions to be negotiated at the collective bargaining table -- a power it lost in 1973. It promises, officials say, to be a major step toward saving the city from deficits and fiscal demise.

Unions blame Wall Street and the recession for the pension funds' recent poor performance. And now the city's top labor leaders make it abundantly clear they will battle any effort to change the current pension system.

"Let's buckle our seatbelts," said Norman Seabrook, the president of the Correction Officers' Benevolent Association, "cause we're going for a ride."

In 2006, stocks were up, unemployment was down and surpluses were the norm.

The city's pension funds were then worth $95.5 billion, according to the city comptroller's office. Four years later, their market value is $103.7 billion, falling far short of the approximately 8 percent growth necessary per year to keep the funds balanced.

The current so-called crisis exists, in part, because the amount the city owes its approximately 300,000 retirees is not subject to the ebbs and flows of the Dow Jones Industrial. If the funds do not meet their expected growth per year, the city -- and its taxpayers -- must make up the difference.

Labor cites this fact when arguing against any change in the pension system.

"We are concerned that there is a misinformation campaign underway to portray our pensions as the cause of the nation’s economic problems and that is not true. It is well known that we are in this recession as a result of unregulated and unbridled corporate greed and that the decline of the market has hurt everyone, including the earnings of our pension funds," said Patrick Lynch, the president of the city Patrolmen's Benevolent Association. "For a century, the city has been using the promise of modest, defined benefit pension to lure candidates into low paying, dangerous jobs. Our pension benefits have remained virtually static for over 100 years and have remained intact through boom and bust."

Fiscal experts argue Wall Street does not deserve all the blame for the city's rising pension burden. There are pension padders -- individuals who spend their last few years on the city payroll working copious overtime. The last one to three years of salary, including overtime, determines an employee's pension.

Some critics also allege the administration lost an opportunity to push for savings during the 71 labor contracts it has signed since 2002.

"There were missed opportunities with the mayor spending his first two terms giving up to the unions," said Nicole Gelinas, a contributing editor to the Manhattan Institute's City Journal. "The mayor gave them all pretty much good raises. He never cut head count."

Despite the criticism, for much of Bloomberg's second term pension reform was high on the agenda. For years, the mayor lobbied the State Legislature to approve another pension tier for city employees, which could effectively reduce the money employees get upon retiring and save the city cash.

All pension changes must be approved in Albany and are not the subject of collective bargaining.

The administration successfully convinced Albany to create another pension tier last year for teachers hired after 2009. But the deal was reached only after the United Federation of Teachers and the administration announced it would work together to get the tier approved in Albany.

Much of the rest of the city workforce was left untouched.

Ultimately, experts, the city comptroller's office, the Democratic and Republican gubernatorial candidates, and both houses of the State Legislature say the cost of pensions statewide is a serious problem and threatens our financial stability.

"What are we supposed to do, go to Bank of America and insist they pay into the pension fund?" asked Carol Kellermann, the president of the Citizens Budget Commission. "The question is not what's causing it. It's what are you doing about it?"

Goldsmith says he's ready to take them on.

Sitting in a small conference room in the west side of City Hall last week, the Republican, whose resume includes the privatization of city services in Indianapolis and multiple books on urban governance, said the city has to tackle these pension problems or it will have no choice but to lay off more workers and reduce services.

"Recession, lack of job growth, increased benefits, lack of city control. They all add up to we have to do something," said Goldsmith. "The city can't afford everything."

For now, nothing appears to be off the table. And even without a detailed plan in place, city unions are balking at the possibilities.

"In 2009, the average DC 37 retiree received an annual pension of just $17,166," said Lillian Roberts, the executive director of the city's largest municipal labor union, DC 37. "Our members’ modest retirement benefits represent deferred compensation over many years and are funded by their contributions. Now, our billionaire mayor is mounting a media blitz blaming them for the city’s budget deficit. He should be ashamed of himself."

All DC 37 members hired after 1983 contribute about 4 percent of their salary for the first 10 years of employment, but nothing after that. They can retire at around 55 after 20 years of clocking in.

According to the city comptroller's office, the average firefighter collects $53,347 a year, while the average teacher gets $54,268. According to the Patrolmen's Benevolent Association, the average newly retired police officer's pension is approximately $43,500. That does not include officers retiring on disability -- a figure the association could not provide.

For employees who bend over backward to serve the city -- literally -- the idea of losing benefits is unconscionable.

"The type of work we do tears our body down," said Harry Nespoli, the head of the Uniformed Sanitationmen’s Association and chairman of the Municipal Labor Committee. "The longer we work after 20 [years], the less life expectancy we have."

But would sanitation workers, whose city contract expires next year, be willing to make concessions to save the city money? Nespoli responded tersely: "No."

It isn't just labor unions the city has to contend with.

It's also the State Legislature.

Any changes in city pensions must be approved by the Legislature, where many members are not likely to support a pension proposal opposed by labor.

The administration has also said it wants to remove Albany's influence in the city pension process by allowing pensions to be negotiated at the bargaining table, which would also have to be approved by the State Legislature.

Much of the Bloomberg administration's success in the next session will hinge on who is holding the reins in Albany. Both Attorney General Andrew Cuomo and Republican gubernatorial candidate Carl Paladino have said they would seek to control pension costs if elected.

Though the only victory for Bloomberg in the pension battle came when Democrats were in charge, the perception still exists that the mayor has a better working relationship with Senate Republicans. So far, the parties seem locked in a fairly close contest for control of the Senate.

Spokespersons for the Democratic majority and the Senate Republicans said pension reform would be on the agenda next year.

"As part of our efforts to reform and reinvent government and make it more efficient and more effective, it's certainly an idea that will be discussed by members of the conference," said Austin Shafran, the spokesperson for Senate Democrats.

The city will likely see a tougher battle in the Assembly, where members are closely aligned with city unions. Speaker Sheldon Silver refused to comment on the administration's proposals.

Regardless of who wins in November, the Bloomberg administration is settling in for a long debate -- one they think they can win.

"I think reasonable people of both parties would concur that this problem has to be resolved," said Goldsmith. "It's just not sustainable."