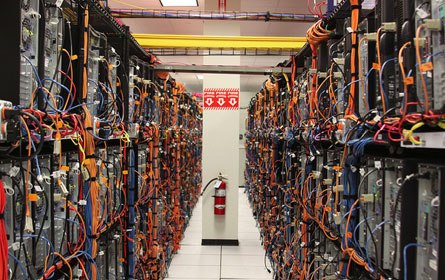 Photo by The Planet

On Sept. 21, Mayor Michael Bloomberg â€“ less than three months after the council’s adoption of the 2011 budget -- told city agency heads to cut their budgets 5.4 percent this fiscal year and by 8 percent for next year -- half those amounts for the education, police and fire departments.

This action, reducing next year's budget by $1.2 billion, is the mayor's ninth such plan in less than three years. The eight earlier plans -- all ultimately authorized by the City Council -- have had the fiscal effect of over $3 billion in spending cuts in 2011 alone.

The day before sending this directive, the mayor quietly released the city-charter mandated document that is supposed to provide a review of these budget-cutting years, the Mayor's Management Report for fiscal year 2010. (As noted in an Independent Budget Office blog, only one city daily noted -- with 145 words -- its release. Gotham Gazette cited and linked to the report.)

A companion report, the annual agency contracting report was released separately and even more quietly. While full of data, neither of these reports provides much of a framework for a new round of budget cuts. At best, they provide some clues that not all is as rosy in the city as advertised.

The mayor's voice, absent in the management report itself, surfaces only in a couple of sentences in a press release, which reports an "overwhelming record of improvements in service delivery" during his administration. Even with the eight rounds of cuts, "key services" have "generally been maintained and in some cases enhanced."

The press release itself apparently stands as the backup for the mayor's claims. It features 135 "Critical Indicator Performance Indicators" from the report -- organized in six tables (public safety, quality of life, public health, education, human services, economic development), with not a single comment about any individual indicator.

The six tables themselves tell some tales, especially about social and economic conditions in the city in 2010. But few of the indicators actually measure performance. And some that do -- especially in three of the mayor's priority areas -- public safety, homeless services and education -- show mixed or negative results, particularly in the recent years of cutbacks.

Citywide crime statistics, for example, over the first eight years of the Bloomberg administration show declines in all seven major felony areas. (The report does not mention recent media accounts of data manipulation by the police department.) And crime in the transit system is down by nearly 50 percent over nine years. But the past year saw increases in four of the citywide seven felony measures: murder, rape, felonious assault and burglary.

The test results for high schools show some progress: The number of students passing Regents exams in all five subject areas was substantially higher in 2009 than in 2001. High school graduation (in four years) rates between 2005 and 2009 increased substantially -- from 46.5 percent to 59.0 percent.

In a brief note, the management report explains that because of the "recalibration" of the state test results, the drop in reading and math scores "does not mean that students' performance in English and math declined from the previous year -- only that the students of New York City are now being held to a higher standard."

In a rare hint of emotion, the note concludes, "Scores that may have been proficient a year ago may fall short of the bar this year, but the department remains committed to ensuring that all students meet and exceed the standards set by the state, wherever the bar is set."

The negative effects of budget cuts in education are perhaps most obvious in the class-size statistics. Although average class size in grades K-8 in 2010 (24.2 students per class) is slightly lower than it was in 2001 (25.1), average class size increased in each grade in the past year from 23.5 in 2009.

None of these performance indicators -- positive, mixed, or negative -- are discussed in the news release.

The most revealing data among the 135 indicators in the press release, however, are not the few performance measures, but the social and economic indicators.

Although the release blames the budget cuts on a "national economic downturn" -- ignoring the mayor and City Council's reluctance to consider new revenues to minimize cuts -- the press release doesn't speak to the enormity of the social and economic fallout.

Perhaps the most disturbing data are the food stamp numbers. In 2010, over 1.7 million New Yorkers received federal food stamps, more than double the number of recipients in 2001. With a current city population of about 8.4 million, that means more than one in five New Yorkers now receives food stamps. While the city has, at times, attributed some of the increase to better outreach efforts, the report does not comment on that.

The great bulk of recipients -- over a million -- do not receive welfare assistance. In fact, the number of food stamp recipients who are not on welfare has increased almost five-fold since 2001. A puzzling fact not addressed is that the number of cash assistance recipients steadily declined from 2001 to 2009, from approximately 500,000 to 346,100 in 2009 -- and only slightly increased in 2010 to 346,300.

In terms of recent budget cuts, at least two of the human services indicators suggest problems: The number of children receiving contracted preventive services -- programs offered by private agencies to monitor children and help troubled families remain intact -- increased from nearly 24,000 in 2001 to 31,752 in 2009, a 33 percent increase, but in the last year the number has dropped by 6 percent, to 29,945.

The number of children eligible for adoption who are actually adopted rose in the first half of the Bloomberg administration, from 64.1 percent to 76.7 percent. But since 2005 the percentage has dropped back almost to where it was in 2001, to 64.9 percent in 2010.

The management report includes total human services contract dollars in agencies, and there are some interesting -- an unexamined -- numbers. In the Human Resources Administration, for instance, during the past three years of budget cutting, contracts with non-profit service providers held constant ($623 million in 2008, $622 million in 2011), which, adjusted for inflation, means a real cut.

The Department of Homeless Services, with demand increasing in spite of the mayor's efforts to reduce homelessness, saw contracts with the non-profit providers who provide the bulk of the city’s shelter services, increased in the same three years, by nearly 12 percent, from $577 million to a projected $644 million in 2011. Given the rise in homelessness, that seems a very modest increase.

The report that could inform such shifts in agency contracting is the city's agency procurement indicators report for 2010, but it provides no help in understanding the impact of recent or projected cuts in contracts with non-profit agencies in human, health and social services.

Early in his administration, the mayor separated reporting about city contracting in the city's operating budget (representing nearly $10 billion of a $63 billion budget) from the Mayor's Management Report even though several city agencies -- youth, aging, homeless services, cultural affairs, for example -- are mostly contract agencies. The Mayor's Office of Contract Services now issues a separate report once a year, covering both operating and capital budget contracting.

The transfer of reporting to the contract services offices has centralized administration and oversight of contracts. In fiscal, legal and administrative terms, this has many advantages. And the report has a good deal of useful information, especially on contracting opportunities and procedures. It even offers some analysis of a few identified problems (contract-processing delays, change orders, and nominal progress on opportunities for minority- and women-established company).

But the report does not provide accountability on substantive matters. For example, some 1,836 non-profit human service agencies were awarded $2.3 billion in contracts in 2010, with 536 of the contracts for more than $1 million.

The results? Over 1,000 non-profit leaders and staffs attended 15 training sessions. Some 82 ($1 million-plus) contracts were reviewed. And 96 percent of all city vendors received at least a "satisfactory" rating in 2010.

Left unexamined are some important questions: For instance, how did a city contract intended to save money on tracking the hours of city workers grow from a projected cost of $68 million to a projected $738 million, as reported by the city comptroller in March. How does a September agreement between the comptroller and mayor seek to resolve the issue?

In another March audit, the comptroller found that the Department of Homeless Services paid $152.7 million to "non-contracted" service providers based on an "honor system." Auditors found a "lack of internal controls and monitoring of service providers" and concluded, "Providers did not transition clients to permanent housing in a timely manner." One client remained in a shelter for six years, costing the department $234,397, another in a hotel for over four years at a cost of $118,933.

Because of a technicality in state law, the management report has no obligation to review contracting in the Department of Education. Thus there is no comment on a 16 percent increase in the department's contract budget, from $3.262 billion in 2010 to a projected $3.781 billion in 2011 (nearly 40 percent of the $10 billion operating contract budget), as reported by the mayor's Office of Management and Budget. (The Independent Budget Office and city comptroller have been authorized to analyze education data, and the budget office has already released studies.

The city faces big fiscal problems. City Comptroller John Liu in his July report on the adopted budget for 2011 warned (presciently) that there could be a $690 million shortfall in this year's budget. He awarned of future deficits that could reach $4 billion in 2012, $5.1 billion in 2013 and $5.35 billion in 2014.

However, the mayor's repeated use of his administrative powers to cut agency budgets outside of the standard budget cycle ignores alternative strategies, minimizes the role of the City Council, and denies the public any voice in the budget process. At the same time, the paucity of useful fiscal information in the Mayor's Management Report and the contracting report makes it difficult, if impossible, to measure the impact of earlier budget decisions.