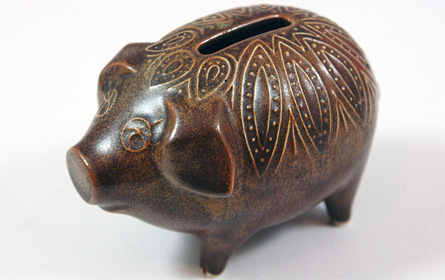 Given a 10th chance to continue his serial budget cuts, Mayor Michael Bloomberg, at least on the surface, pulled back. The mayor's preliminary budget for fiscal year 2012 and four-year financial plan, released Feb. 17, is something of a surprise. It is a remarkably cool, even complacent document. No big new cuts. Less anti-labor rhetoric. Little sense of crisis. What happened?

One answer is that the most severe cuts on the table -- eliminating over 6,000 teaching positions, cutting services to seniors, youth, libraries, etc. -- were already built into the ninth package of cuts, which came in the mayor's November budget modification. Absent any new action by the mayor or council, those cuts will take effect in 2012.

A second answer is that a huge increase in new (Wall Street-driven) tax revenue and other new budget-balancing resources since November makes the fiscal outlook -- at least for next year -- much more positive. In fact, the news is so good that the mayor -- given his serial insistence on cutbacks â€“ may not, for once, want to stir the political waters. After all, one might ask, why not use those new resources to rescind the November cuts?

The mayor’s own interest seems to be to underscore the dramatic contrast of his fiscal plan with the budget hysteria and uncertainty at federal and state levels. As conservative leaders from both political parties in Congress and states across the nation outdo each other with daily doomsday scenarios, the mayor has an irresistible opportunity to remind the political world: "During the economic boom years, we did not spend all of our resources each and every year as many others did."

The most fascinating and problematic aspect of the preliminary budget is the sheer scale of mayoral discretionary powers at play, powers that leave the City Council playing catch-up and squashing any sense of checks and balances in the city’s budget process. For instance, the mayor, who alone determines projected revenues, reports in the preliminary budget -- just three months after the November modification -- that the city will actually pull in over $2.1 billion more in tax revenues in the next 17 months than it anticipated in November. The Independent Budget Office had been closer to the mark than the mayor; it noted in mid December that tax revenues would be over $1.5 billion higher than the November plan suggested.

The lower revenue forecast in the November modification enabled the mayor to justify his budget cuts: $1.6 billion over the next 17 months. Also, moving the cuts into November, as he has done several times, gives the mayor a political advantage because in mid-year the council has less clout and the public less access to the budget process.

Another discretionary power in full display this fiscal year is the use of large, generally obscure reserve funds. The November modification included, for example, a $1.1 billion drawdown from the city's Retiree Health Benefits Trust Fund during 2011 and 2012, a reserve fund ostensibly set up to meet long-term liabilities.

Flash forward to the preliminary budget, which includes two more big drawdowns. As he did last year, the mayor takes $500 million from a "prior year payables fund," money set aside to pay bills from earlier years but no longer needed. He also uses $200 million from a general reserve fund that would otherwise be used for emergencies.

In other words, in just three months, some $4 billion in new budget-balancing resources have surfaced. The new revenues more than offset new expenses of over $700 million during the next 17 months and some $1.4 billion in lost state aid. The net result is the November modification’s projected 2012 deficit of $2.4 billion is knocked down to $600 million in the preliminary budget.

Getting the state to solve city budget deficits is a common tactic in preliminary budgets, of course, but this year it seems an unusually small request: $200 million from an "equitable reduction" of state revenue sharing (usually about $300 million, but entirely eliminated in the governor’s budget); $200 million from additional state educational aid; and $200 million from "moderate reform" of existing police and firefighter pension benefits, targeting the annual $12,000 bonus given to retired police officers and firefighters that costs $600 million a year, according to the New York Post . The Post also pointed out that the mayor himself expanded the bonus benefit to some 6,900 current officers and firefighters as an incentive to defer retirements.

One of the less recognized aims of such discretionary changes is building up the current-year budget surplus. In spite of all the gloom and doom in last June’s adopted budget and the November modification, the city is now on target to have a $3.2 billion surplus at the end of this fiscal year, ending June 30. With almost four months left -- if previous years are any indication -- that $3.2 billion will grow bigger. (Last year’s surplus was $3.6 billion.)

The teachers union and other opponents of the mayor's spending cuts have said he should use this surplus to avoid layoffs. However, the rollover of the surplus into the next fiscal year makes it the single biggest component of the 2012 balanced budget.

No question, this is the ultimate achievement of the mayor and his Office of Management and Budget. They do not simply balance a budget; they repeatedly do budgets with billion-dollar surpluses. Where else in local, state, and federal governments does such a thing happen?

This leaves one other question: Is it good for New Yorkers? Examining some of the detail in the preliminary budget suggests that the year-round focus on cutting services to build up surpluses does not work equitably or permit long-term planning. Worse yet, it has encouraged a kind of bloodless budget making. In spite of billion-dollar surpluses, recent budgets, like this preliminary budget, lack any sense of direction, any acknowledgment of distress in the city.

Take the $1.6 billion in 2011/2012 cuts now being implemented. The 2011 cuts in uniformed services average less than 1 percent (0.85 percent). Cuts in the four uniformed serves in 2012 average 2.3 percent, while the cuts in public education are 4 percent, with CUNY taking an 8 percent hit, and health and welfare agencies averaging 6.24 percent. Other mayoral agencies -- including housing, parks, libraries, cultural affairs, and transportation -- in 2012 will be cut, an average of 8.32 percent.

More specifically, the $4.25 billion police department has $43 million in projected budget savings in fiscal 2011, but largely because of big new overtime costs has added $162 million in new expenses in 2011 since the budget was adopted last June. Not one uniformed officer position will be cut. Yet if the mayor actually follows though on his proposal -- and is not just bluffing -- 6,166 teaching positions will be eliminated, 4,666 through layoffs.

On Feb. 25, the mayor released the preliminary mayor's management report on the first four months of the current 2011 fiscal year. Although Bloomberg has been trying for years to eliminate the charter-mandated preliminary report and provides no personal or agency overview, it occasionally surfaces important information.

For instance, the human services contract budget in the Department for the Aging during the first four months of fiscal 2011 was $65.6 million, or 16 percent lower than for the same period a year ago. That helps explain why the hours of home care services decreased by 29 percent, the number of meals served at senior centers declined by 7 percent and meals delivered to seniors at home fell by 3 percent.

In the Department of Youth and Community Development the four-month human services contract budget was $79.9 million, down 17 percent from the previous year. One program for adult basic education and English for speakers of other languages lost 31 percent of its participants. Summer job participants dropped by 32 percent in fiscal 2011 -- a decrease the city blamed on federal and state cuts -- from 52,255 to 35,612.

At the Administration for Children's Services, the number of children receiving contracted preventive services fell from 30,047 to 23,581 in the past year as the number of abuse/neglect reports and substantiated reports rose.

Budget impacts in education have proved hardest to document. Perhaps prompted by widespread criticism of both the mayor's education program and the $571 million education cut in the November plan's $1.6 billion deficit plan, the preliminary budget highlights the city’s 132 percent increase in city-funded education spending, from $5.9 billion in 2002 to a projected $13.6 billion in 2012.

It's as if the mayor is saying, I've spent a lot on education, so a loss of 6,000 teachers is no big thing. But the management report â€“ however cryptically â€“ suggests a system in trouble

One result of nine rounds of budget cuts, for instance, is increased class size. According to the new preliminary management report, class size in kindergarten through grade eight has increased from 24.1 per class last year on average to 24.9 this year. Class size in the lowest grades -- kindergarten through three -- rose from 22.1 on average to 23.0 during the same period.

Beyond that, on the key questions about educational achievement, the PMMR offers confusion. School reading and math scores, which the mayor has made his ultimate accountability measure, have become essentially useless. Shifts in both state and city testing standards make any comparison over time impossible. For instance, the percentage of students in grades three to eight meeting or exceeding standards in English language arts goes like this: 57.6 percent in 2008, 68.8 percent in 2009, and 42.4 percent in 2010.

The report's rather hapless answer to this apparent failure to provide better basic education is the state's "recalibration" of the scores, which "does not necessarily mean that student performance declined; rather, the students of New York City are now being held to a higher standard." That seems like a soft result for a $7.7 billion increase in city education spending over the past nine years.

The preliminary budget offers few new revenues produces and those it does provide are small, only 10 percent of the $1.6 billion in cuts.

It proposes no new taxes. The biggest revenue producers are increases in the cost of for parking at a meter -- slated to bring in $14 million in 2012 in upper Manhattan and the outer boroughs and $12 million from the rest of Manhattan. New hires in the Finance Department will add $27 million in new tax revenues in 2012 by collecting more money owed the city. The parks department will get $4 million from new and higher fees, and the building department about $4 million in 2011 and 2012 in new fees.

The mayor's overall emphasis on service cuts and no new taxes mirrors, of course, the general national politics. Neither the president, Congress, nor most state governors, want to look at new taxes, let alone progressive taxes.

Interestingly, just as President Barack Obama and both houses of Congress have ignored the budget-balancing recommendations of the president's deficit-reduction commission, Bloomberg and the City Council have ignored, among other options, the annual recommendations for new budget choices in the Independent Budget Office's excellent Budget Options report. It provides an array of money-saving management and progressive tax ideas that would provide hundreds of millions of dollars that, through shared sacrifices, would preclude the kinds of cuts the preliminary budget promotes.

What ultimately distinguishes the mayor from other budget-makers, however, is not simply his skill in balancing a year's budget, but his use of extraordinary discretionary powers to make budget-cutting a year-round goal, building surpluses each year in order to build new surpluses for the next year.

However well that goal plays in the mayor's national political conversations, he might also want to consider another Preliminary Mayor's Management Report finding: Some 1.8 million New Yorkers -- over 21 percent of city residents -- now receive federal food stamps, an increase of 44 percent in the past three years and 11 percent in the past year alone. The city seems to be suffering in ways not acknowledged in either the preliminary budget or the management report.