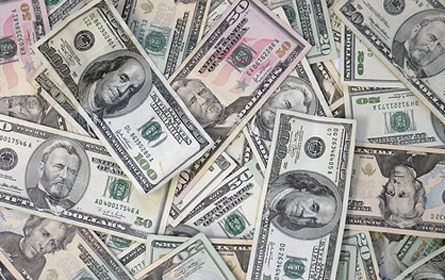 Mayor Michael Bloomberg’s preliminary budget for fiscal year 2012 and five year financial plan overstates the immediate need to eliminate over 6,000 teaching positions, close senior centers, reduce summer jobs for youth and cut many other human services. The proposed budget ignores a number of untapped revenues that could maintain both current services and budget balance for next year.

At the same time, the financial plan understates the city’s long-term “structural balance” problem. Annual budget surpluses -- projected to be $3.2 billion this year -- disappear come July, and in later years projected city expenditures far outpace projected revenues. So the mayor and City Council can erase the cuts in the short run, but in the long run they need to find the political will to tap into the city’s tax base. If not, the city will see three more years of the serial budget cuts, which started in January 2008.

It’s important now, in other words, to see what revenue sources the city can tap into. In the short run, it’s likely the mayor will find additional revenues -- just as he found in November to project ending the current fiscal year with a large surplus. That surplus was built from budget cuts, new Wall Street generated tax revenues, and what the city comptroller calls “budget maneuvering.”

The Independent Budget Office’s analysis of the preliminary budget and financial plan provides some clues to what the short-term “maneuverings” might be. It also helps us, for the longer-run, to understand the city’s current tax base, including its evolution, inequities and inefficiencies.

The mayor has the power to estimate tax revenue forecasts, tax audits and debt-service savings. Under Bloomberg, they have generally low-balled. According to the Independent Budget Office, taxes collected a year or more after they were due have averaged $800 million a year for the past six years. Yet the city assumes only $500 million in these collections for next year. The $300 million difference would go a long way toward saving 6,000 teaching positions currently on the cut list (an estimated savings of $350 million). More realistic assumptions about debt-service savings would also make additional millions available for service restorations.

For the long term, the administration could start with the city’s property tax exemption programs. As the Independent Budget Office's analysis shows, three of these programs alone cost the city over $2 billion a year in lost revenues. They also create inequities, favoring certain businesses and homeowners at the expense of others, like two-thirds of New Yorkers who rent.

Two of these long-time property tax exemption programs are up for re-authorization in Albany: the 421a exemption program for residential construction, which will cost the city $920 million in fiscal 2011, and a commercial abatement program that cost $623 million in 2011. Perhaps because of the political power of housing and commercial development interests in the city and state, the IBO assumes both programs will continue.

An abatement program for co-ops and condos, introduced in 1997, is also costly. It was supposed to be temporary, until the disparities between what homeowners pay in property taxes, on one hand, and coop and condo owners pay, on the other, were fixed. (See the IBO’s Twenty-Five Years After S7000A: How Property Tax Burdens Have Shifted in NYC for the history.) Fifteen years later the inequities remain, and the “temporary” abatement will cost the city $450 million this year. The IBO assumes this tax break, too, continues.

Another big revenue option, noted by state comptroller's office, is the mayor’s Retiree Health Benefits Trust fund has $2 billion in reserve. This is the same fund -- originally designed for long-term health-benefit liabilities -- that the mayor drew down by $1 billion to help balance the 2012 budget.

The mayor has belatedly, with the help of Deputy Mayor Stephen Goldsmith, recognized the need for better agency management, and they hope to save more than $50 million in 2012 doing so. But what about this year’s $538 million in police overtime cited by the city comptroller ($465 million to uniformed officers, $73 million to civilians!), which comprises nearly 12 percent of the NYPD’s $4.645 billion 2011 budget? The IBO notes that 621 high-paid uniformed officers are doing work usually done by lower-paid civilians.

The property tax structure, which accounts for about $17 billion in city revenue, is immensely complicated -- often bizarre. In a recent study from the Independent Budget Office, the tax was called a “very stable revenue source,” even as the real estate market slumped in recent years.

The main reason for the tax’s stability is the way in which assessments â€“ the city’s valuation of a property for tax purposes -- work. Increases in assessments for commercial and large residential properties are phased in over five years. Other properties, like one-, two- and three-family houses, are also phased in over five years, but with limits on total increases. So even when assessments begin to go down as market values fall, there are left-over increases from previous years (called a “pipeline”) that keep taxes growing.

A small increase in the property tax rate raises a lot of money. A one percent rate hike would raise about $170 million. (A homeowner’s $4,000 tax bill would be only $40 higher.) And the property tax is the one major tax rate that the city can authorize by itself without state approval.

The 4.5 percent city sales tax, a regressive tax, has risen in recent years. In August 2009, the mayor and City Council agreed to raise the city sales tax rate from 4 percent to 4.5 percent (added to the state’s 4 percent sales tax and the 0.375 percent metropolitan transportation tax, the total rate is 8.875 -- a historic high).

Politically, for Bloomberg and the council the sales tax was apparently the easiest route. The Independent Budget Office's March analysis says the rate increase brought in $521 million in 2010 and will raise more in later years. A similar amount of money could have been raised by restoring progressive, higher personal income tax rates in effect during Mayor David Dinkins and Rudy Giuliani’s and Bloomberg’s first term. (See the Independent Budget Office's budget options for details.)

The conservative shift in city tax policy is most obvious in Bloomberg and the City Council’s refusal to use the city’s mildly progressive (higher-income earners have slightly higher tax rates) personal income tax rate to fill budget gaps for the past three years. Of course, the same conservative shift has been obvious in President Barack Obama and Congress’s extension of Bush-era tax cuts, and in Gov. Andrew Cuomo and the state legislature’s refusal to extend the so-called millionaire's personal income tax.

The state’s conservative shift has enormous consequences for New York City. As the Fiscal Policy Institute points out, the expiring tax will mean a loss of $5 billion in state revenue in calendar 2012 at a time when “the wealthiest 1 percent of New York taxpayers are receiving an average windfall of $124,000 from the extension of the Bush tax cuts.” An extension would have likely wiped much if not all of the current cuts in state aid to city education, health, housing and other essential services.

Thus Obama, Cuomo and Bloomberg tax policies have created a tax cut trifecta for the city’s wealthiest residents. This is a group that the mayor says would flee the city were they to pay city personal income taxes at rates Bloomberg -- the wealthiest of them all -- set himself from 2003 to 2005. The city’s own tax-policy history contradicts his claim.

The elephant in the room continues to be that over 90 percent of the city workforce is working without a contract, and a two-year contract dispute with city teachers and administrators has yet to be settled. The preliminary budget has no reserve fund for contracts over the next two years -- any raises are supposed to be self-funded by labor through benefit concessions and productivity measures. The state comptroller points out that settling teacher/administrator contracts and future wages for all city workers at projected inflation rates could cost $1.4 billion in 2012 and nearly $2 billion in 2013.

The city itself at this point projects budget deficits averaging $4.9 billion for the next three fiscal years, while the city comptroller sees deficits averaging $5.7 billion during the same period. (The Independent Budget Office, reflecting its projection of more robust tax revenues than the mayor, projects deficits averaging $3.4 billion.) Unless the mayor and council adopt a more reasonable, more equitable revenue policy, labor settlements may trigger another round of budget cuts much sooner than the preliminary budget suggests.Glenn Pasanen, who teaches political science at Lehman College, has been in charge of Gotham Gazette's finance topic page since 2001.