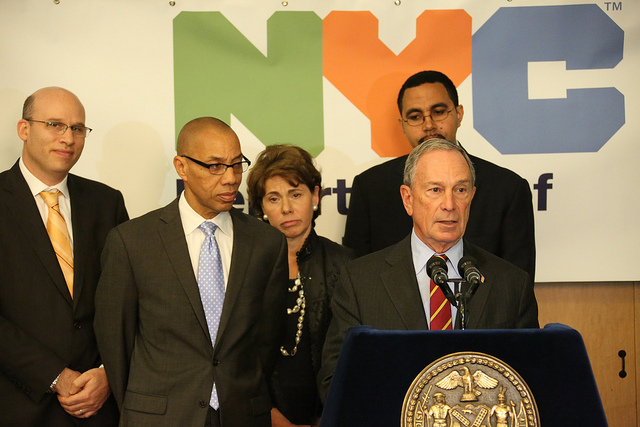 In the waning days of the Bloomberg administration, when many of the mayor’s controversial education ideas are once again under attack, one chief target of critics has been the school network structure, which broke up the geographically organized school districts and allowed principals to self-select into one of about 60 support organizations.

These days, just about everyone from the principals’ union (the Council of Supervisors and Administrators) to Merryl Tisch, Chancellor of the NY State Board of Regents, to Mayor-elect Bill de Blasio are targeting the networks for elimination. Tisch recently charged that the networks have “basically failed children” who are English Language Learners and have special needs. Last January, de Blasio said: “I am dubious about whether this current network structure can be kept.”

But now, a group of 120 principals has issued a plea, in the form of a letter, in support of the network structure. The letter, which is reproduced below, was sent to Mayor-elect de Blasio, the UFT, the CSA, Schools Chancellor Dennis Walcott and Shael Polakow-Suransky, the Senior Deputy Chancellor last Friday.

It says the networks offer the following supports, which were not “necessarily” provided through other more traditional structures at the Department of Education:

1. The gathering of schools of similar visions or purpose: the internationals, special ed reform focused, collaboratively structured, and schools committed to alternative assessment. This enables these schools to work more closely together and support each other towards better meeting their missions.

2. Shifting the supervisory structure into an advisory and support structure. It makes all the difference in the world that the network leader and team members are not the principals’ rating officer. Our networks have been responsive to us and in many cases network principals have had a say in the selection of network staff.

3. Networks support professional development that better meets the needs of the teachers, administrators, and other support staff in our schools and that allows for cross-pollination across our schools.

4. Because of racial and economic segregation by neighborhood in New York City, geographic districts are often segregated as well. Self-selected networks offer the option of racially and economically diverse schools working together and benefitting greatly from this collaboration.

The networks go to the heart of what might be the most important education initiative of the Bloomberg years: An effort to turn principals into educational leaders by giving them both greater autonomy and support in exchange for increased accountability. Under the network structure, principals were no longer just accountable to superintendents. The networks represented a countervailing power designed to support principals—and, through them, the needs of students in each individual school—by providing information and advice on everything from budgets to professional development. Principals could—and did—vote with their feet if they were unsatisfied with the services they got from their networks.