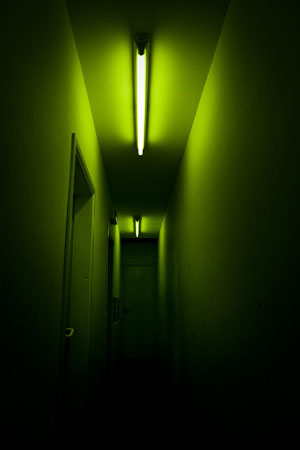 Shining a light on electricity usage, the City Council approved a package of legislation Wednesday that aims to increase efficiency, including a bill requiring commercial properties to use light sensors.

The bills all update the city's building code to incorporate and emphasize green building practices.

In addition, the council approved legislation to siphon off spaces in garages for shared vehicles, like Zipcar.

The product of a green code task force convened by Council Speaker Christine Quinn and the Bloomberg administration, the legislative package is one of many steps to come that will force city buildings to use less energy, Quinn said.

"This package of legislation is turning the lights off on wasteful lighting," said Quinn.

One piece of the measures (Intro 266) would require commercial properties install sensors in small office spaces that would detect whether the room was occupied. The sensor would subsequently shut off the lights if it were vacant for more than 30 minutes. The bill does not take effect until January.

Office spaces with less than 200 square feet, break rooms and classrooms would all have to have sensors under the bill.

The council also approved legislation (Intros 262-A and 277-A) to allow occupant sensors and photosensors, which measure the amount of natural light in the area, in residential buildings, such as hallways or stairways, and in public areas of commercial buildings, like entrances. It would allow building owners to install energy efficient lighting, like motion sensors, in these areas as long as it would not present a safety hazard.

The final two bills modify the building code to force new projects to consider energy efficient standards (Intro 267-A) and revise the minimum lighting standards to use foot-candles instead of watts. Foot-candles measure luminosity, while the watt is a measure of power.

Want to know more about greening the city's electricity. Play our game: Switch!

The council wants to save a space for car shares.

It unanimously passed legislation to set aside space for car share programs in garages across the city to make the service more accessible to their growing membership.

A third of the total car-sharing members nationwide are within the five boroughs, according to the council. That membership increased by 50 percent in 2008 to 279,174 people.

The legislation approved Wednesday would not only ensure spaces are available in garages but it would also, for the first time, regulate where these vehicles are parked. It prohibits parking on residential streets, council officials said.