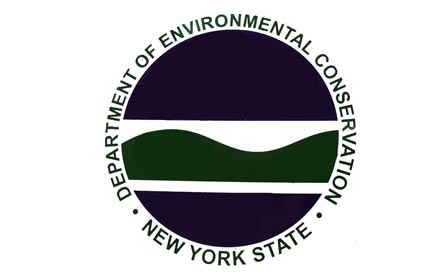 Staffing and resource shortages at the Department of Environmental Conservation’s (DEC) Shellfisheries division have been flagged as an “emerging problem” by the U.S. Food and Drug Administration. FDA program evaluation reports released in late 2011 cite staffing-related issues in three of the Shellfisheries division’s four units. A January 2012 letter to DEC Commissioner Joseph Martens, which accompanied the FDA’s bi-annual evaluation of the division, notes that one of the units, “May be currently stretched to its operating limits. FDA encourages the DEC to invest the necessary resources to keep the Growing Area Classification Program in compliance (â€¦) the FDA is concerned with the loss of staff in the Growing Area Classification Unit which is critical to protecting public health.”

In an interview last month with Gotham Gazette, Commissioner Martens stated that the DEC will not see an increase in staff “anytime soon” due to the state’s fiscal situation. The DEC has lost almost 800 employees since 2008. Agency staffing levels are at their lowest point in over twenty years.

The DEC’s Shellfisheries division monitors water quality in state shellfish growing areas, and regulates the harvest, handling and processing of shellfish. The division is part of the DEC’s Bureau of Marine Resources (BMR), and is responsible for both maintaining the state’s shellfish resources and protecting public health. Shellfish are an important part of New York’s multi-million dollar seafood industry. Clams, mussels, scallops and oysters comprise over half of the state’s commercial catch, according to the New York Seafood Council, a non-profit industry association. Because shellfish pump and filter water through their bodies, they can absorb pollutants, bacteria and other contaminants, which can lead to illness when the fish are consumed. DEC’s Shellfisheries division works in conjunction with federal agencies such as the Environmental Protection Agency and the Food and Drug Administration to maintain national sanitation standards within the New York shellfish industry. Local municipalities are also responsible for monitoring shellfish-related activity, but the DEC is responsible for establishing and maintaining baseline regulations.

A DEC staff person speaking on condition of anonymity pointed out that of any division at the DEC, Shellfisheries has the most acute link to public health. “What we do is directly public health related every day. It's just part of what we doâ€¦Contaminated or spoiled shellfish could get out and people could get sick.” Earlier this month, the Shellfisheries division closed portions of Shinnecock Bay and Mattituck Creek in Suffolk County due to the appearance of biotoxins, which are naturally occurring but are potent neurotoxins when ingested. Monitoring and preventing biotoxin contamination is a relatively new challenge for the DEC. The State first closed shellfish areas due to the identification of biotoxins in 2006, and the plankton blooms have appeared along the Northeastern seaboard. The presence of biotoxins in New York shellfish growing areas occurred a month earlier than anticipated this year. Says the DEC staffer, “this problem has expanded. We have no more people to do the work. It is pushing us to the limit.”

The FDA Weighs In

The FDA praised the Shellfisheries division’s “pro-active” development of a biotoxin monitoring system in its 2011 review. It also determined that the division’s growing area classification unit, which monitors sources of water pollution in about a million acres of marine and ocean territory, was not in full compliance with federal regulations. Monitoring water pollution is especially critical in New York because the Long Island coastline is densely populated. National Shellfish Sanitation guidelines require that DEC biologists conduct a series of shoreline surveys targeting sources of pollution, such as water treatment plants, that can impact shellfish areas.

The shoreline surveys are re-done every 12 years on a rotating basis as pollution sources change. The surveys are then used to set up water sampling stations, which enable the Shellfisheries division to accurately classify the safety of growing areas. Water sampling is conducted year round.

The FDA flagged an open growing area which had not been surveyed since 1994, along with sampling data that needed completion. Growing areas whose surveys are not up-to-date are eventually closed until current information is obtained. These closings impact the local shellfish industry. The survey report and sampling were subsequently completed and the growing area classification unit is back in compliance.

But the FDA discussed the resource strain caused by increased biotoxin monitoring and the re-opening of "conditional" harvesting areas closed because of earlier budget cuts. According to the FDA, the growing classification unit “is already highly dependent on borrowing staff and resources from other programs to accomplish minimally required field activities.” The unit will be reviewed again this year. In a written response to questions about the FDA review, Emily DeSantis, DEC’s Director of Public Information, stated, “we provided the USDA with an action plan to address the non-conformities in the Growing Area Program. We have implemented that plan.”

The 2011 FDA review also found staffing related issues in the DEC’s Shellfisheries plant inspection and lab units. The Shellfisheries division has a dedicated unit which inspects wholesale plants and shipping facilities where oysters, clams, etc. are unloaded and processed for distribution. The unit is an important part of the safety process because they are looking for potential cases of spoilage and poisoning before product heads to restaurants and stores. The FDA recommended to DEC in 2011 that the agency fill two vacant inspector positions, stating “that at current staffing levels, it will be nearly impossible for DEC to achieve the minimum number of plant inspections required under the NSSP ordinance in the future.” Emily DeSantis responded that the agency has filled one of the plant inspection unit’s two vacant positions, and that “we feel that we are adequately staffed at this time.”

The FDA review also discusses instances when the Shellfish Sanitation Program was constrained by lack of funding for additional testing, equipment, and staff time. According to the FDA, during the biotoxin closures in spring 2010, DEC staff sent samples out of state for analysis as they tried to secure funding for a specialized form of testing that could be performed locally. The Division’s Vp monitoring program, which tests for strains of a particular pathogen found in Oyster Bay in 1998, has been suspended since 2009 due to lack of funding. According to the FDA, Vp-related illnesses spiked in 2009 and sporadic cases occurred in 2010. “Several (cases) may have had associations to shellfish harvested in New York waters.” The FDA discussed the Shellfisheries division’s inability to purchase gene-probe materials, and questioned whether “such monitoring may have prevented Vp-contaminated shellfish from being sold and consumed if DEC-BMR had the necessary screening materials sooner.”

DEC has administered other cost cutting measures impacting the Shellfisheries division, such as restricting overtime, which the FDA argues has “Significantly reduced the time frame for accomplishing water samplingâ€¦and has resulted in 30% loss of sampling opportunities.” Samples previously gathered over a 5 day period must now be gathered in 3 or 4 days. The necessity for water sampling activity has increased as the division responds to the evolving biotoxin situation each spring. According to the FDA, the compression of sampling activity due to funding restrictions has “overwhelmed” DEC’s shellfisheries lab because samples must be processed rapidly. The FDA has also proposed that the lab may need another technician.

The FDA’s most recent reports raise a number of questions about how far resources can be stretched before core functions that protect public health and natural resources become untenable. The FDA did not comment on this story. The DEC has argued that some of the impact of recent staffing losses throughout the agency can be mitigated by efficiency and technology improvements. An anonymous source within the Shellfisheries division observes, “(we are) constantly in catch-up mode. It’s grinding people down. You don’t do more with less. You can only do less with less.” In reference to the division’s work to track biotoxins and man-made pollution sources in the state’s shellfish growing areas, he adds, “We are just marginally keeping our heads above water. At some point we will fall too far behind.”