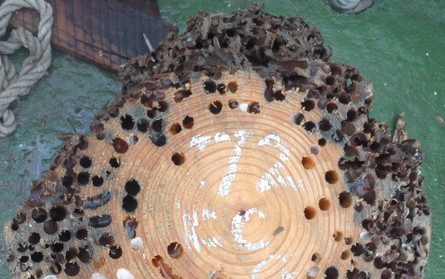 It's the 50th anniversary of the building complex at Hudson River Park's Pier 40, and the aging, dilapidated commercial structure is in peril. The roof of the building's parking garage is falling in and the pier's support pilings are disintegrating as marine worm borers feed on them. The building itself has exposed wiring, rusted metal and a leaking ceiling. The halls are covered in graffiti.

Still, Pier 40, which is used daily by both ball clubs and commuters despite the need for emergency repairs to its pilings and roof, is in significantly better condition than nearby Pier 54, which can't currently support the weight of the public and is inaccessible.

These are just some of the growing problems at the Hudson River Park, a 550-acre park along Manhattan's western edge that draws over 17 million visitors a year.

At a recent meeting of the Hudson River Park Trust that drew nearby residents and environmentalists concerned about the construction of a natural gas pipeline that would run under the greenway, officials said the cost of making the repairs continued to balloon, with the work needing to overhaul Pier 40 alone estimated at $120 million.

The challenges have sent officials scrambling to find ways to raise revenue, floating several options including residential and retail use and a long-shot proposal to construct a Major League Soccer stadium on Pier 40. But any option would need to support the long-term financial health of the piers while also acquiescing to some of the community's demands.

Officials also said that the constraints of the Hudson River Park Act, created by New York state to establish the the greenway in 1998, limited their options and might need to be revised.

The park itself is only 80 percent complete, said Arthur Schwartz, a member of Community Board 2. At the same time, government funding has been cut from about $20 million a year to $6 million. The state has promised to fund the park to completion.

At the recent meeting, Trust president Madeline Wels said the urgency of the repairs and size of the costs calls for “creative” solutions that might well require an amendment to the Act. Emergency repairs alone will come to $80 million over the next 10 years, far exceeding both their reserve fund of $25 million and expected revenue.

“The park's intention was to be self-sustaining, and there's enough money for regular maintenance, but not for capital maintenance,” Wels said at the meeting. She noted that badly needed infrastructure repairs, some of which were caused by damage from Tropical Storm Irene and some from the marine worm borers “weren't anticipated.”

Texas-based Spectra Energy was recently granted federal approval to construct a natural gas pipeline to funnel gas from western Pennsylvania's Marcellus Shale to New York City at a capacity of 800,000 dekatherms per day.

Critics, such as the Eastern Environmental Law Center, have said the pipeline poses both environmental and public safety concerns, calling attention to the explosion of an older pipeline in San Bruno, California in 2011.

In April the law center filed a motion with the Federal Energy Regulatory Commission to prevent the pipeline, noting that the carcinogenic gas radon is released when natural gas is “fracked” from the Marcellus Shale.

Due to the speed of the pipeline, environmentalists say the gas will not decompose before it reaches New York apartments. Jersey City, which spent two-years fighting the pipeline, claimed the risks associated with it have stymied future commercial development.

Spectra Energy officials maintain the pipeline will be among the safest in the country, with state-of-the-art warning systems.

Potential development proposals were analyzed by Tishman Construction and their findings were also presented at the meeting. Of these, the prospect for the most revenue, explained Jed Howbert, a Tishman representative, includes retail and residential use, ideas that officials acknowledged are unpopular with community members in the area. Regardless of what is developed, the Trust maintained that 50 percent of the park on Pier 40 would remain open space.

The proposal to create a Major League Soccer stadium on the pier had not been received in time to be included in Tishman's study, however, and Schwartz said questions remain regarding the impact on residents, as the stadium would bring in about 25,000 fans per game or event. The impact of a stadium would not be known until an official request for proposals is distributed, said John Kelly, a spokesman for the Trust.

If residents want to hear different proposals, Wels said at the meeting, the first step would be to amend the Act and extend the 30-year lease limit that is currently in place, a restriction that makes some development ideas untenable. The Trust would also like to see an amendment permitting the ability to bond for more money.

“We're trying to help the Trust sustain itself by amending the law,” said Wels. “We will get better proposals, too.”

But some residents at the meeting said any change to the law was going too far. Alison Tupper, a resident of the West 40s, acknowledged the dire budget hole, but said the real value of the greenway was its function as a park. “Changing the law could open the park to unintended consequences,” she said.

Assemblywoman Debra Glick, an outspoken critic of some of the Trust's proposals, argued that deteriorating conditions were being used as a reason to drastically and quickly rewrite the Act's restrictions before the close of the current legislative session.

“The Assembly has asked the HRPT for what their immediate need is so we have time to review things,” she said. “I don't think you make good decisions in crisis mode.”

The most urgent repairs are expected to cost approximately $15 million, she said, with $5.8 million going to Pier 40's most crucial repairs. Kelly said repairing the entire roof will cost $30 million, with an additional $90 million needed for repairing pilings.

“I'd like to see the city and state provide that emergency infusion to make those repairs right now in order to buy enough time for a more thoughtful discussion,” Glick went on.

She said more time was also needed to get comments from the public on the proposal to change the Act that created the park, considering the “significant changes” being presented. "It took 3 to 4 years to draft [the Act] after literally scores of public meetings," she said.

Glick described the meeting as “severely lacking” in public involvement, calling it little more than a presentation of the options the Trust seemed most inclined to promote. In fact, following the Trust's presentation, additional Trust members, largely repeating what was already said, were given the first opportunity to speak at a meeting with a limited time frame for public speakers.

The Trust insisted the meeting was a culmination of six months of “intensive exploration” with elected officials, community boards, and active community groups. Should the Act be amended, there will be a “built-in time for public feedback” following any plan to move forward with a development proposal.

Brad Hoylman, the Community Board 2 chair, said he was particularly frustrated by what appeared to be the city's apathy to the park's problems. Hoylman noted that Governor's Island would be receiving $260 million in city funds, a park used five months a year, while Hudson River Park is "used everyday of the year." He added that the city had provided money for the East River esplanade as well.

“We as west-siders have to ask, why aren't we getting a share of that money? They made plenty of money off of us,” he said.

Representatives for the city didn’t respond to requests for comment. The mayor has called Governors Island “the centerpiece of our efforts to revitalize New York City’s waterfront.”