Mayor Michael Bloomberg's plan for a larger but more environmentally friendly New York City continues to attract praise and criticism. And already the plan is makings its mark.

In the days since the Earth Day speech, Bloomberg announced an executive budget that took some very early steps toward financing his grand vision. (See related story.) He revealed a plan for a largely industrial area near Shea Stadium, which he said exemplified green principle. Others disagreed. (See related story.) And the building department announced a long awaited revision of the building code that, among other things, would encourage environmental sound construction.

This week we offer more commentary and analysis of Bloomberg's vision to create an environmentally sustainable city heading toward the middle of the 21st century. Last week, our Sustainability Watch focused on the plan as a whole, but this week we look at specific parts of the proposal -- from its plans to clean up contaminated areas to how the bills will be paid. (For a guide to articles by topic area -- transportation, energy, land and water, money and jobs -- see below.)

Sustainability Watch, a joint project of Gotham Gazette and the Hunter College Center for Community Planning & Development, will try to keep alive the debates about what's good and not, look at what's missing, discuss how the plan is working and monitor the gaps between plan and practice. As part of this, we continue to urge you to comment on these articles and the mayor's plan through our message boards (attached to every article) or by emailing us at info at GothamGazette.com. 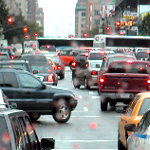 The Outlook for Congestion Pricing
By Bruce Schaller
Schaller Consulting
Officials from the outer boroughs and the suburbs have rushed to condemn the fee, but as the debate continues, the political calculations could change.

A Fee to Level the Playing Field
By Brian Ketcham
Traffic engineer
Motorists cost the rest of us billions of dollars a year. Congestion pricing aims to correct that.

Paying to Drive and to Park
By Paul Steely White
Executive director, Transportation Alternatives
Faced with likely opposition to his laudable plans for congestion pricing, Mayor Michael Bloomberg should also try to raise the cost of parking.

Improve Transit, Then Charge to Drive
By Hope Cohen
Deputy director, Center for Rethinking Development
Political and technological issues could stall congestion pricing, but there are many transit improvements the mayor can make in the meantime.

Reaping Real Benefits from Congestion Pricing
Carolyn Konheim
Chair, Community Consulting Services
Along with charging fees to motorists, the city has a number of other tools available to reduce traffic on our roads -- and some of them could be instituted quickly. 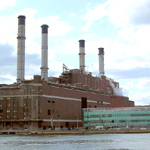 A Start on A Cleaner, More Efficient Future
John Nettleton
Cornell Cooperative Extension
If New Yorkers are really going to use less energy and cleaner energy, more must be done to educate the public and promote alternative sources of energy.

Finishing the Job
By Mike Gordon
President and founder, ConsumerPowerline
The mayor has taken a good start on the road to a sustainable energy future, but tough choices lie ahead, including whether to have electricity cost more. 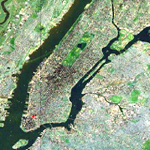 What plaNYC Does Not Do
By Dave Lutz
Executive director, Neighborhood Open Space Coalition
Any plan for a bigger, more environmentally friendly city needs to include more parkland and encourage community gardening.

Greening New York's Brownfields
By Mathy Stanislaus and Jody Kass
Co-directors of New Partners for Community Revitalization
The plan to clean up and develop contaminated areas could provide needed land and eliminate health hazards -- if it's done right. 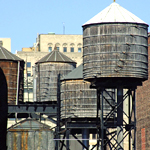 Sustaining Neighborhoods
By Phil DePaolo
President, New York Community Council
While the mayor sees Williamsburg-Greenpoint as a model for development elsewhere in the city, the rezoning there has changed the character of the area and forced out many long-time residents.

A Plan for Misplaced Development
By Marcy Benstock
Director, Clean Air Campaign
City Hall's proposal could foster development in waterways and floodplains --increasing the risks of storm and flood damage and endangering habitat. 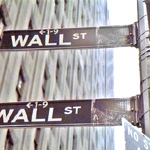 Paying for plaNYC
By Glenn Pasanen
Professor, Lehman College
There's little evidence of the mayor's big plans in his latest budget, but he hopes the state will create a new authority to fund his 2030 programs.

Spreading the Benefits
By Annette Bernhardt, deputy director of the Justice Project at the Brennan Center for Justice, and Adrianne Shropshire, executive director of New York Jobs with Justice
The mayor's vision must include a focus on good jobs with decent wages if growth is to benefit all New Yorkers.