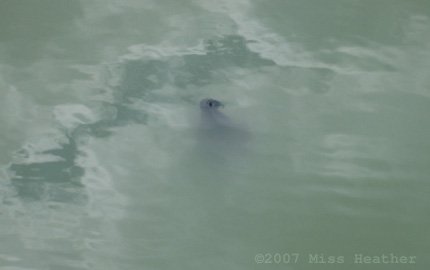 On a waterway like Newtown Creek, one of the dirtiest in North America, progress must be measured in decades.

The creek is an open wound in the heart of New York City. Slowly flowing through Queens and Brooklyn before being blended by the tides into the East River, its waters carry oil slicks, floating trash, and billions of gallons of raw sewage in New York Harbor each year. Its shoreline is home to dozens of contaminated sites, decaying waterfront property, and one of the nation's largest underground oil spills. There is no natural space and only a single sliver of a park.

Surrounding neighborhoods—Greenpoint, East Williamsburg, Maspeth, Long Island City—have shouldered the pollution burden for a century. Whether by design or by destiny, Newtown Creek will serve as a test site for the initiatives proposed by Mayor Bloomberg in plaNYC 2030.

One year into plaNYC, the view of Newtown Creek hasn't changed perceptibly. The lack of progress in the field underscores the monumental nature of the challenge. While plaNYC did not address Newtown Creek directly, many of its initiatives, if carried through, would bode well for its restoration. The mayor's initiative presented citywide goals that would speed up the remediation and redevelopment of contaminated sites, create new parks and green spaces and address the problem of raw sewage in the harbor.

On contaminated sites, the mayor proposed eleven initiatives aimed at fast-tracking cleanups, increasing public involvement, and streamlining redevelopment. Newtown Creek has seen progress on the public involvement front. The Greenpoint Manufacturing Design Center, Riverkeeper, and the Newtown Creek Alliance were recently awarded a $625,000 grant from the New York's Department of State for a community-driven brownfields study—an application the city strongly supported. The study will lay out a vision for the creek and leverage money and support for cleanups.

On open space, the mayor proposed seven initiatives aimed at increasing the amount of green cover around the city. In 2007, the city opened the first ever park along the creek—this one at the Newtown Creek sewage plant—and is set to open up a second on the Greenpoint waterfront in 2008.

On the problem of raw sewage, the mayor proposed ten initiatives for improving harbor water quality, yet on this important issue the outlook for Newtown Creek remains clouded. Raw sewage has plagued Newtown Creek -- as it has throughout the harbor -- because of the city's outmoded sewer system, which mixes stormwater from the street with sewage from buildings. A tenth-of-an-inch of rain can overload the system, forcing the combined stream to overflow untreated into the harbor, severely impacting water quality.

The problem disproportionately affects Newtown Creek because it no longer has a natural flushing mechanism. The mayor set a goal to open 90 percent of city's tributaries to human contact by improving treatment systems and expanding green cover across the city in an effort to keep stormwater from ever entering the sewer system. This seemingly ambitious goal, however, would only open harbor tributaries like Newtown Creek, to boaters -- kayakers, swimmers and waders must still beware. A truly ambitious goal of opening up one hundred percent of the harbor to safe human contact would have served as a powerful lever for change, and it would have demonstrated that the city was prepared to hold itself more accountable.

Despite this shortcoming, the future for Newtown Creek looks brighter as a result of plaNYC 2030.

Ten years ago, City Hall shunned talk of environmental sustainability. Today, we have a Mayor with a vision and a forum for public input. The hard work is ahead. The success of the plaNYC initiatives on Newtown Creek as well as other tributaries citywide will depend on public support for a bold environmental agenda and an engaged City Hall and City Council.

In the short-term, the mayor must demonstrate his ability to break down institutional barriers and archaic mindsets that had hastened the decline of the environment. In the long-term, the success of PlaNYC 2030 will depend on the political endurance of the city's future leadership, so that today's momentum is not wasted.

Basil Seggos is the Chief Investigator and Hudson River Program Director at Riverkeeper.