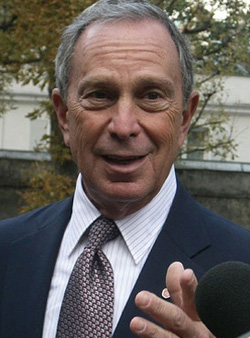 The city's $59.2 billion adopted budget for fiscal year 2009, which began July 1, has some winners, but many more losers. The big winners were commercial and residential property owners, who had last year's 7 percent property tax rate cut -- along with the rebate for homeowners -- extended for another year. That is worth over $1.3 billion. The mayor is also a big winner as his use of the $6.5 billion surplus from 2008 all but guarantees an easy budget road over his last 18 months in office.

The most obvious loser in the adopted budget is the City Council. The council got hammered. A year ago there were signs of cooperation between the mayor and council leadership, especially the attempt to avoid the annual "budget dance" in which the mayor cuts favorite council programs, only to restore them during last-minute negotiations. This year, what the council got instead is a budget squeeze.

The council dug itself into a hole by going along with the mayor's use of the 2008 surplus. It failed for the second year in a row to advance a $300 tax rebate for lower-income renters (that would have cost the city about the same as the $400 residential owner rebate, about $250 million).

The council signed off on big service cuts to some of its favorite agencies. Many council members, including Speaker Christine Quinn, expressed regrets about the cut, even though only one member (Charles Barron of Brooklyn) voted against the budget.

Reductions to senior, youth and cultural programs averaged over 10 percent. The biggest cut among those three agencies went to the Department of Youth and Community Development, whose 2009 city funding is $35.2 million less (12.3 percent) than the 2008 city funding adopted a year ago.

These three agencies, among the few that are primarily funded by city dollars, are natural targets for discretionary cuts, but in the context of the 2008 surplus, the total of $67 million in cuts (representing only 1 percent of the surplus savings) looks both unnecessary and far too severe.

Education, a mayoral priority, fared not much better. As the Independent Budget Office reported in its May analysis of the 2009 executive budget, the mayor cut $324.5 million in 2009 city funding (4.4 percent) from the education budget (after $180.1 million in cuts in 2008). As reported in Gotham Gazette, the council restored $129 million of those cuts, using its own discretionary funds -- a good example of the mayor's ability to squeeze the council. The net result (note that a "cut" is often only a partial reduction of a projected increase) is city education funding of about $7.4 billion in 2009, up 3.0 percent from 2008, but a lot less than anticipated by, say, the Campaign for Fiscal Equity.

Changes Since the Executive Budget

Since he released his executive budget in May, the mayor has had to draw down some dollars from his longer-term budget plan to pay for some new 2008 expenses, such as a contract settlement with police officers. The mayor, though, still looks to be a big political winner in terms of budget management. Absent an economic and fiscal emergency that no fiscal monitor anticipates at the moment, the city's next two fiscal years (2009 and 2010) look quite solid in terms of budget balancing.

In fact, in its May report on the 2009 executive budget, the IBO noted that not only was the 2009 budget balanced, but it also saw the 2010 budget as balanced already. The executive budget projected a 2010 deficit of $1.3 billion, but the IBO estimated that the mayor was underestimating revenues in 2010 by $1.2 billion, thus essentially wiping out the projected 2010 deficit.

The mayor and council through the spring warned of the dangers of an economic downturn, but so far the city has not felt any dire effects. True, budget projections are ever changing, and the adopted budget now anticipates a 2010 budget deficit that is $1 billion higher, at $2.3 billion. But if the IBO revenue projection remains the same, the deficit would then be $1.1 billion, still very manageable at this stage.

The change comes from increased expenses for 2009 of about $600 million, mostly from higher labor costs and last-minute additions to the adopted budget. To pay for that, some $500 million of the 2008 budget surplus originally set for use in 2010 went to balance the 2009 budget. The lost revenue in 2010, plus an increase in projected costs, produces the higher estimated deficit for that year.

The IBO's more optimistic projection of revenues serves as a reminder of how conservative the Bloomberg revenue projections have been over several years. Take the most recent year. A year ago, the adopted budget underestimated actual total revenues for fiscal year 2008 by over $3.8 billion, or 6.4 percent. It underestimated actual city taxes collected by $2.2 billion, or 6.0 percent.

The projections for 2008 were even more divorced from the eventual reality. The budget adopted in June 2006 underestimated actual total revenues in 2008 by nearly $9.2 billion, or 17.1 percent.

Much of the forecasting inaccuracy resulted from economic gains in the city that probably no one could have predicted. The Independent Budget Office, for instance, was closer to actual revenues during those two periods, but not by much. In its May 2007 projection, the IBO underestimated total revenues for 2008 by $3.3 billion, or 5.6 percent. Its May 2006 projection for 2008 total revenues was $7.2 billion under the actual revenues, or 13.0 percent.

Given this recent history, a 2010 budget deficit of $2.3 billion doesn't look tough to deal with. The 2011 and 2012 deficits, projected now at $5.2 billion and $5.1 billion, respectively, are more ominous. (It should be noted that these deficits would pass $6 billion each year if projected $1.3 billion and $1.4 billion property tax rate increases were rescinded.

Low revenue projections played a key role in producing the celebrated, huge surpluses of the past four years. But much less attention has been focused on the expenditure side. It is here that the mayor's conservative budgeting is most evident, especially in its general squeezing of social and human services -- most clearly in the nearly $2 billion cut from agency budgets from January 2008 through June 2009.

First of all, according to the IBO, contrary to his claims, the mayor has increased spending for 2009. The difference in interpretation comes from the way in which the city records pre-payments of future expenses with surplus funds.

But whatever growth there is, very little goes to services. The IBO points out that most of the increase is in debt service and in pensions and fringe benefits for city workers over which the city has "limited near-term control." In most service agencies, spending through 2012 is flat. Education and sanitation are two exceptions.

In spite of the incredibly good fiscal news over the past few years, there have been very few gains for basic human services. Despite the mayor's pledge to reduce poverty, his administration and the council have made little attempt to level the playing field and address income- and tax-burden inequities in the city.

According to the last New York City Housing Survey, median household income for the two thirds of New Yorkers who are renters was $40,000; for the one third who are owners it was $65,000. Yet city tax policy during these boom years has benefited owners, not renters.

And it is not as if federal tax cuts have not already helped wealthier New Yorkers. For example, the most recent impact study of federal tax cuts, a May 13, 2008 study by Citizens for Tax Justice, noted that the top 20 percent of New York taxpayers (statewide) get 96 percent of the benefit from the Bush tax cuts for capital gains and dividends.

Recent budget decisions in New York City - with perhaps the modest (and fading) exception of increased education funding -- have done little to confront the realities of life for millions of New Yorkers. With 18 months to go, the term-limited mayor and council leadership still have some time to re-examine their conservative tax and spending policies.